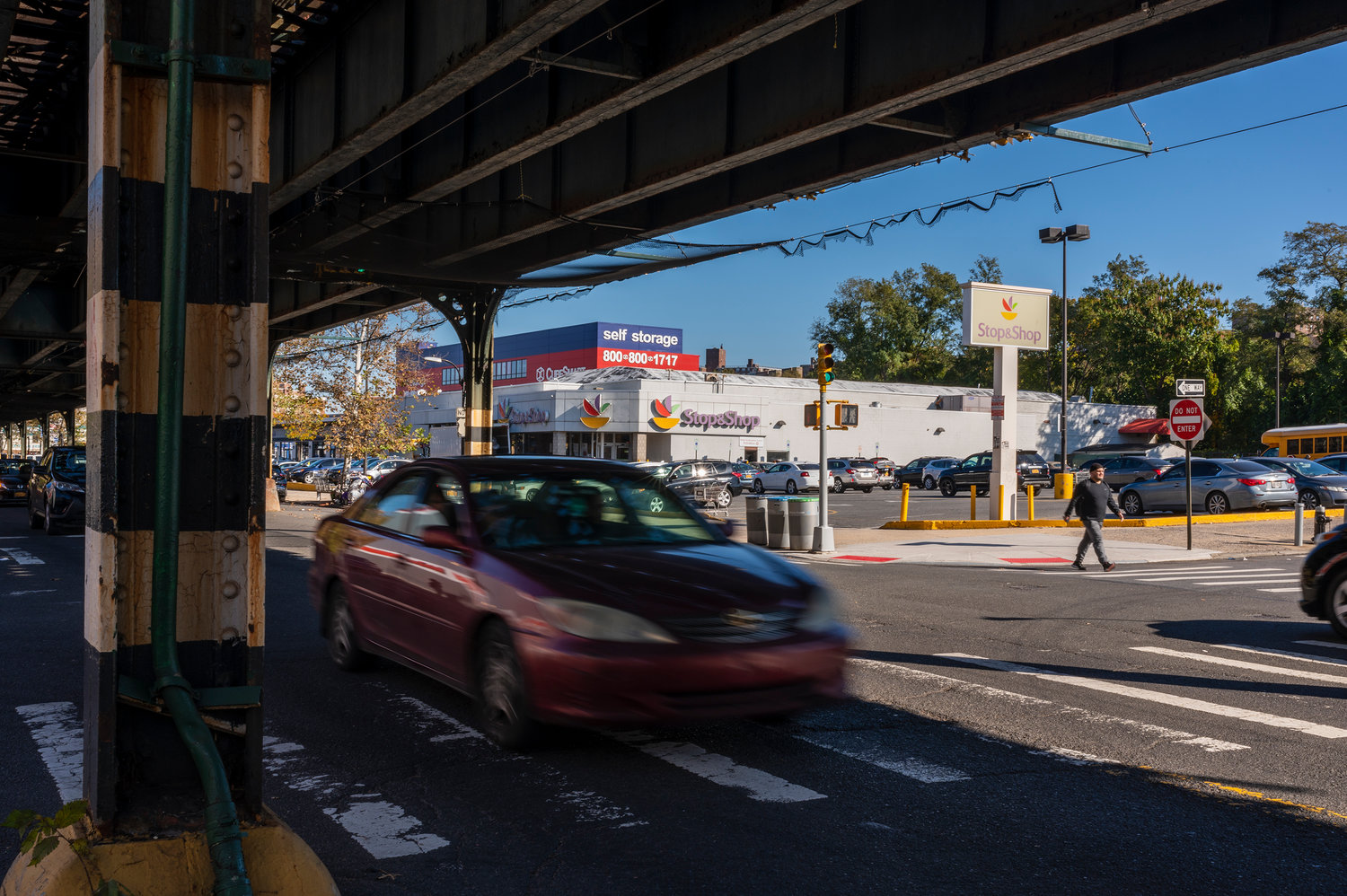 The exterior of the Stop & Shop at 5716 Broadway where a perpetrator stole red bull energy drinks.
HIRAM ALEJANDRO DURÃN
By ETHAN STARK-MILLER

Many know “Red Bull gives you wings” is just a slogan for the energy drink company. But perhaps there are a select few who take it literally.

That’s as good a guess as any as to why two thieves stole a box of Red Bulls from Stop & Shop on Oct 26.

It all took place around 4 in the afternoon, according to police, when two people walked into the 5716 Broadway supermarket and then walked out with a 10-pack without paying.

While making their escape, a security guard reportedly intervened, trying to take back the stolen items. One thief reportedly threw the security guard’s iPhone on the ground and said, “Let go, or I’ll punch you,” then took the phone.

Police describe one of the thieves as a white woman, standing 5-foot-7, weighing 170 pounds. She was wearing a gray hooded jacket, black jeans and gray sneakers. The second was a white man, 5-foot-6, weighing 160 pounds.

Hold onto your phone

It’s never a good idea to leave your phone in your car, even if you’re not expecting it to be stolen.

This advice could’ve helped one victim whose car was taken around noon on Oct. 17.

According to police, a man parked his white Honda CR-V near the 70 block of West Kingsbridge Road, to get coffee. He returned to find someone driving off in his SUV with his Samsung phone inside.

Police have few leads on this car theft with no camera footage available.

Some furniture is so unique that there are a few who feel it must be stolen.

That may have been what one burglar was thinking, anyway, as he broke into an apartment on the 3400 block of Irwin Avenue, taking off with coffee tables in his possession. The burglary took place sometime between the morning of Oct. 19 and the afternoon of Oct. 20.

The owner of the tables told police she went to the store returning to find a pair of marble-topped coffee tables missing. Yet, how the perp got into the apartment in the first place remains a mystery to police.