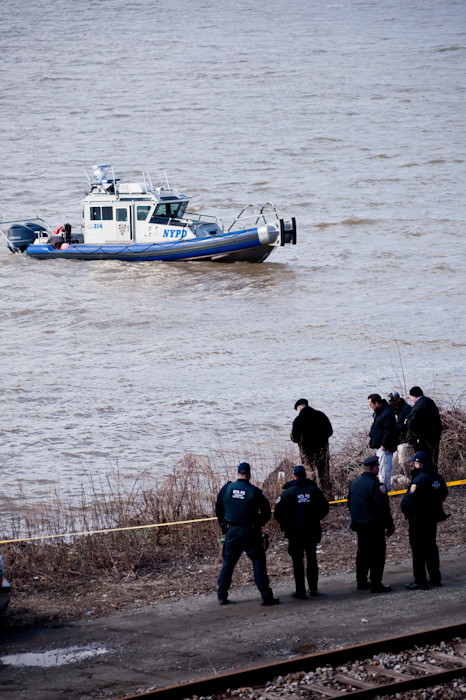 NYPD and MTA officials gather at the edge of the Hudson River, south of the Riverdale train station, March 24.
KARSTEN MORAN / THE RIVERDALE PRESS
By Graham Kates

A badly decomposed body was found floating in the Hudson River between the Riverdale and Spuyten-Duyvil train stations on March 24, a police source said.

As cops roamed the woods just south of the Riverdale Yacht Club and a police boat floated nearby, police and detectives, as well as MTA police officers, drove south along the train tracks, attempting to get to the body. As of 4 p.m., the body hadn’t been brought ashore and no information about his or her identity had been released.

Passing trains were slowed to 30 miles per hour.

Check back for the developing story.