Bringing Irish luck to the area by painting the town green 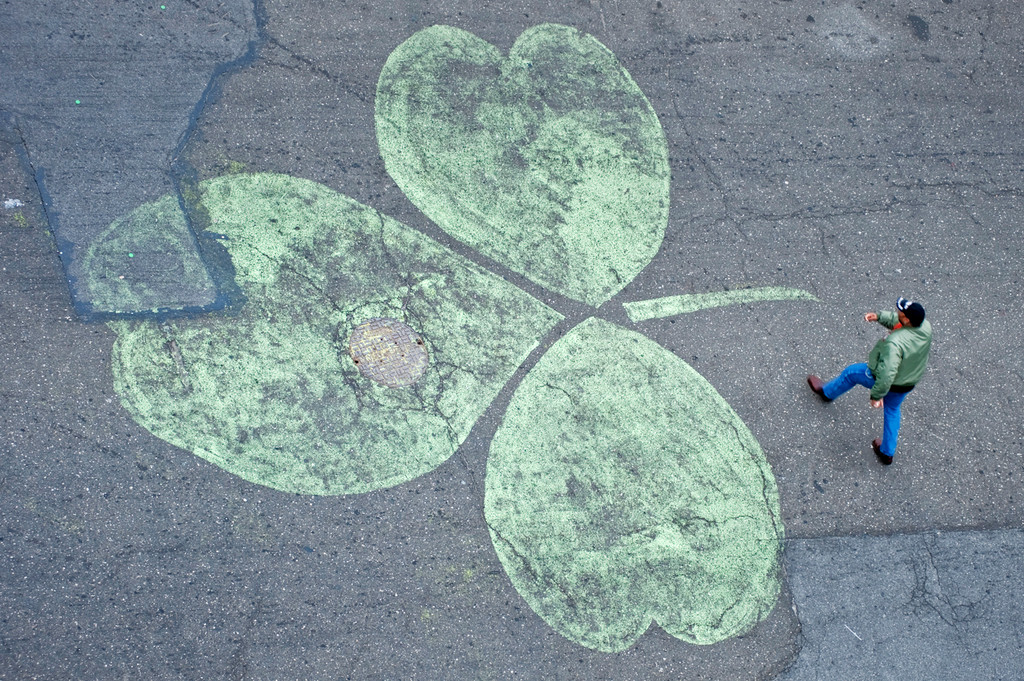 Each year before St. Patrick’s Day, a bright green shamrock — approximately 15-by-15 feet — is painted in the center of the intersection at West 238th Street and Review Place.

As the year progresses and cars and Bx3 buses ride over it, the shamrock fades to the point that it’s barely visible. Then, a day or two before St. Patrick’s Day, its colors become vibrant again.

The artists who make that happen call themselves the “phantom painters” because they paint the shamrock in the middle of the night, when nobody is around. Though they are a mystery to many residents who awake each year to their art, the culprits regularly return to the scene.

“Nobody knew for years who was doing it but they appreciated what we did so we came up with phantom painters,” said Sean Flaherty, an Irish-American Kingsbridge resident, a JC Macs regular and a former bartender there.

His buddy, JC Macs bartender Paul Clarke, was born in Dublin and moved to New York in 1981. He first painted shamrocks on Bailey Avenue, but when he got a job at JC Macs 18 years ago, he and Mr. Flaherty decided to paint a gigantic one on West 238th Street.

Mr. Clarke doesn’t particularly like talking about the shamrock, since more than a decade ago the 50th Precinct confused the “phantom painters” with some other painters on West 238th Street who had been throwing beer bottles and painting their own shamrock on  West 238th Street and Waldo Avenue.

“I appreciate the 50th Precinct for letting us do it,” was all Mr. Clarke would say about that.

Now, the time-honored tradition is part of the neighborhood and a way for one Irishman to literally make his mark on this country.

The shamrock is usually painted the same way, but six months after the 9/11 attacks, the phantom painters decided to include a memorial for the victims. This year, they will design a 10th anniversary 9/11 memorial around the shamrock.