Caprioli drives through Alaska with ‘One Headlight’ 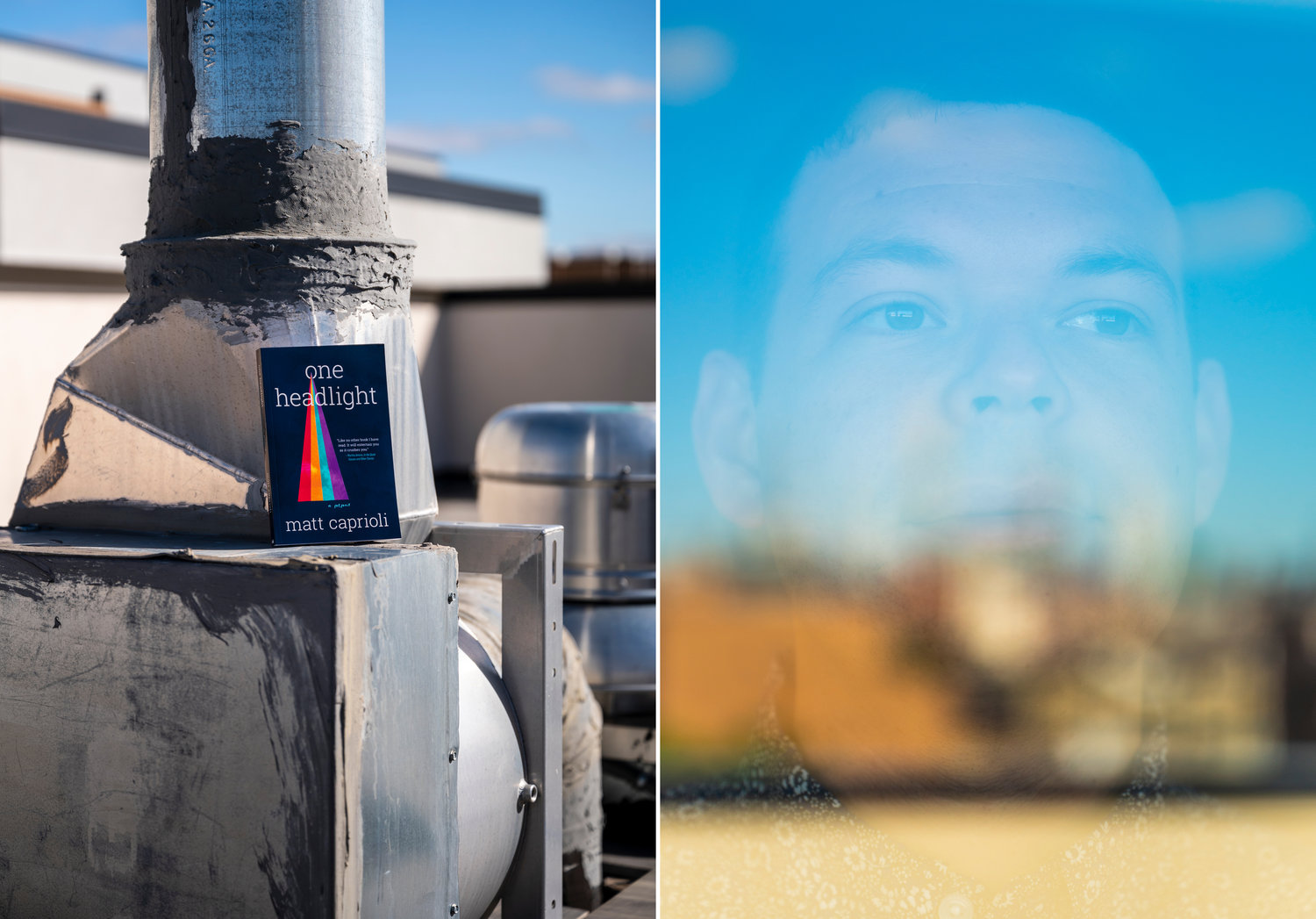 Author and Lehman College professor Matt Caprioli’s memoir, ‘One Headlight,’ explores his years growing up in Alaska with his mother and grandmother. Most of the book, Caprioli says, is memories of bonding with both of them in a church-donated Ford Mustang, which had only one working headlight.
HIRAM ALEJANDRO DURÃN/ Illustration
By ETHAN STARK-MILLER

Matt Caprioli hopes his words make it easier for people to talk about parts of their family life they’d otherwise rather keep to themselves. And what better way to do it then share his own deeply personal experiences, like he did in his new memoir, “One Headlight.”

“When people pick it up, I gain comfort in knowing that through all of the embarrassing material and heartfelt material and funny material that I have shared, that they feel a little more relaxed sharing their own experiences,” Caprioli said. “And kind of tapping into aspects of their relationships with family members that they might hesitate to go to.”

Caprioli — an English literature and writing professor at Lehman College — uses “One Headlight” to tell several stories of his upbringing near Anchorage, Alaska, under the care of his mother Abby Frye and grandmother Victoria Castillo. The book was published last August and chronicles what it was like for Caprioli growing up as a gay kid in a rural — and evangelic — part of the country. It’s also a reckoning of his relationships to Abby and Victoria, who both passed away a few years ago.

A short time after they died, Caprioli found himself journaling while at the same time thinking about the many road trips the three of them took together.

But there was nothing average about these journeys, he said. Instead, each was a momentous event where his bonds to both his mother and grandmother grew ever stronger.

“When you’re driving with a family member, it’s kind of a space of intimacy, because you’re obviously enclosed,” Caprioli said. “You’re not doing anything, (so) you might as well talk to one another. It can be less intimidating because you don’t have to look at the person. You’re side by side, so we got to confide in each other.”

Much of Caprioli’s stories take place in Abby’s car, a church-donated Ford Mustang that had no passenger-side window nor snow tires, “which is a big no-no in Alaska in the winter.” And it had only one headlight — which gives Caprioli’s book its title.

“One Headlight” is split into three sections. The first highlights chronologically some of these momentous events Caprioli experienced with his mother and grandmother. The second section is more of a collection of various memories that take place in no particular order.

The third section is a short epilogue, reflecting on things like what Abby would’ve thought of the coronavirus pandemic, for instance.

“It’s a quick read,” Caprioli said. “Everyone has told me they usually read it in a day or two. Like my style is very clear.”

The memoir is probably best illustrated through its opening scene, Caprioli said, chronicling a harrowing drive through a snowstorm on St. Patrick’s Day in 2002. For some reason, Caprioli’s mother decided to drive him home from the Anchorage airport through the blizzard in that old Mustang. A trip that normally takes one hour ended up taking five.

“We should have died,” he said. “We drove up and down these no-guardrail roads. No pavement. Zero visibility. It’s just like, it’s nuts.”

The book details a number of instances where Caprioli was exposed to Abby’s erratic behavior while growing up. Like putting up with unsavory people she was dating, or having to be her designated driver when he was just 17.

When Caprioli first moved to New York in 2012, he supported himself through sex work. He’d send Abby $600 every two weeks — money she never questioned its origin.

“I think receiving hundreds of dollars from your kid and not asking why is curious,” he said.

But, then again, Caprioli remembers his mother as fun and spontaneous.

“She would randomly go sled dog racing,” he said. “She bought a stuffed panda. And she would strap that in the back of her car and drive around … and would just enjoy people’s reactions.”

Besides having an eccentric family, growing up in Alaska was a strange experience in and of itself.

Caprioli may be critical of his home state, but he still loves it like a sibling who gets on his nerves. Plus, growing up in a working-class family in such a remote part of the world, he says, has made him a better professor, while also allowing him to stand out from other faculty members who are mostly from educated east coast households where they’ve never been culturally isolated.

“I can provide a little more perspective to the faculty of Lehman when they’re like, ‘Why are these kids doing this?’” Caprioli said. “If you teach at a school like Lehman, there are probably reasons if (students) turn their cameras off on Zoom. It might be because they live with like five other people and are embarrassed. Not that they’re (not) attentive.”

Because he was hired during the pandemic, Caprioli admits he’s only actually been on the Lehman campus twice. But that hasn’t stopped him from getting to know his students virtually, and even connecting with them in-person at the occasional picnic in Van Cortlandt Park.

For his next book, Caprioli says he’s toying with the idea of fictionalizing stories from his time as a sex worker — stories that weren’t well-received when he tried including them in his other memoir. Plus, it would be nice to write something different since he now has two memoirs with his name on them — and he’s only 31.

Nevertheless, writing those books provided him with a very valuable experiences for his development as both a writer — and a person.

“I highly recommend writing a memoir,” Caprioli said. “Even if it doesn’t get published. Like you learn so much about yourself. And when one person shares their story, others feel comfortable sharing their own.”

Caprioli’s “One Headlight” is available through various online retailers including Amazon and Barnes & Noble.

Bowman says he had to vote 'no' on infrastructure