Clark vows to solve problems through consensus as next DA 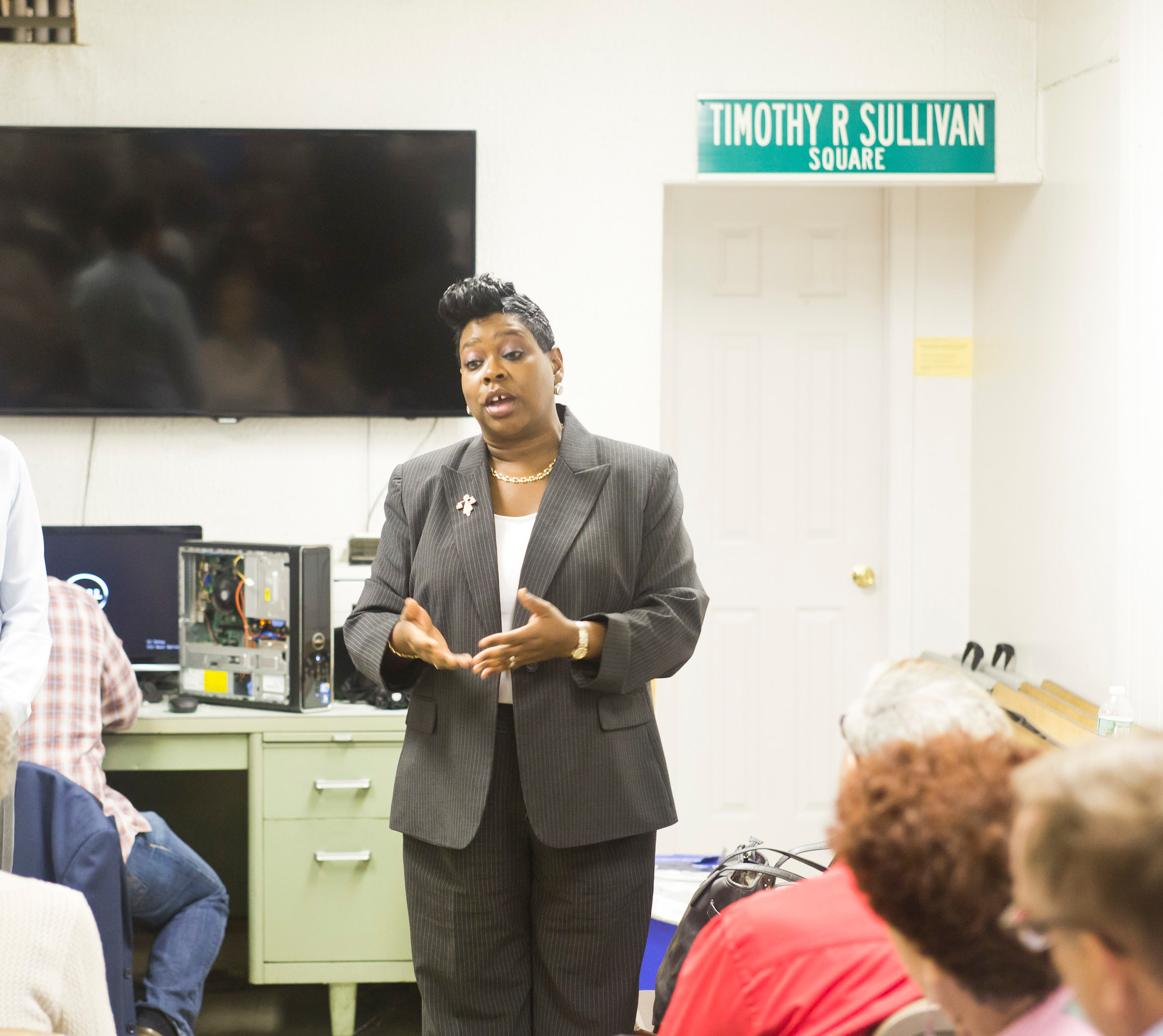 Darcel Clark presented herself as a consensus builder who is dedicated to her native Bronx in her first speech since becoming the Bronx Democratic County Committee’s (BDCC) candidate for district attorney last week.

Speaking on Wednesday night to members of the Benjamin Franklin Reform Democratic Club, the northwest Bronx’s predominant political group, Ms. Clark said she will bring “a new vision” to her role.

“My goal and my vision is to make the Bronx district attorney’s office the best in this city and in this country. So that’s my vision and I’m going to do everything I can to make that happen,” she said to applause from about 50 Ben Franklin Club members gathered in their 304 W. 231st. office.

Ms. Clark did not share any specific plans regarding the borough’s low conviction rate and delays in trials, problems on Rikers Island and other thorny issues. She also said she was not responsible for the way she was nominated.

Last month, Robert Johnson resigned as DA — but only after winning an uncontested primary to be re-elected. State law left it to local parties to nominate candidates, and the BDCC chose Ms. Clark on Sept. 24. With other parties yet to make any nominations, critics say Bronx Democrats’ maneuver has deprived voters of a meaningful say in choosing the next DA.

“I didn’t create the process,” she said, repeating the sentence for emphasis. “I’ve been asked to serve. I think it’s a very important job to do. I have the qualifications to do it. I think that’s the most important thing.”

Listen to Ms. Clark's speech by clicking the play button above or following this SoundCloud link.