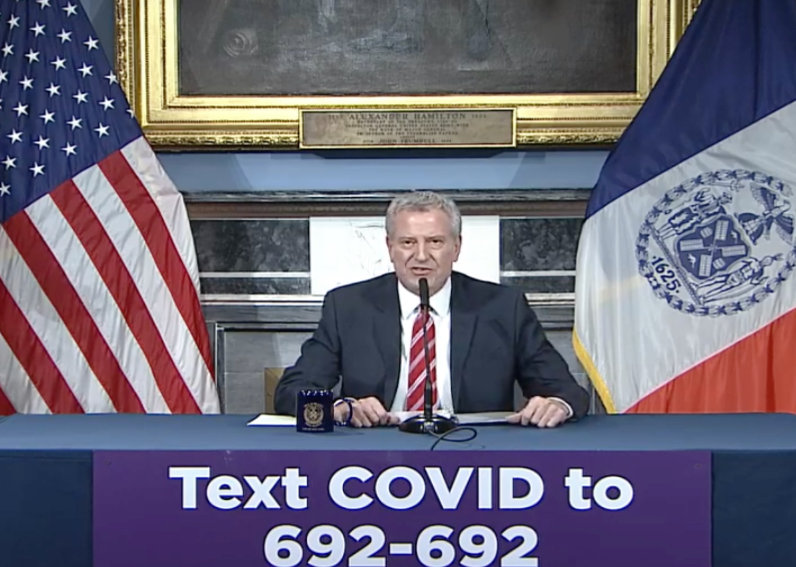 “Right now, if we don’t get a massive infusion of federal support, we cannot go through this recovery,” the mayor told CNN's “New Day” program this morning. “We cannot get our city back on its feet because we won’t be able to pay for the basics.”

Pelosi’s proposed package — which is expected to meet significant opposition in the Republican-controlled U.S. Senate — is meant to follow up on previous coronavirus economic aid efforts last month. In addition to the $1 trillion aimed at helping cities and states jumpstart their economies, the bill would also provide a second round of $1,200 payments for individuals and allow up to $6,000 per household.

The aid package — officially called the Health and Economic Recovery Omnibus Emergency Solutions Act, or HEROES Act — mandates states that receive funding use those dollars to make up for lost tax revenues they initially planned for at the start of 2020. The funds for municipal governments would be disbursed by metropolitan area, which for New York would include Westchester, Nassau and Suffolk counties, as we all as parts of New Jersey.

The stimulus package also would allocate roughly $200 billion in hazard pay for frontline and essential workers who face an increased risk of infection, as well as $175 billion in rent, mortgage, and utilities assistance.

The House is expected to vote on the stimulus package Friday, but Senate Majority Leader Mitch McConnell told reporters the bill was a “totally unserious effort” to bolster the economy. His criticism highlighted a number of provisions in the bill, which he claimed were “left-wing oddities,” including a provision to forgive $10,000 in student loan debt per individual.