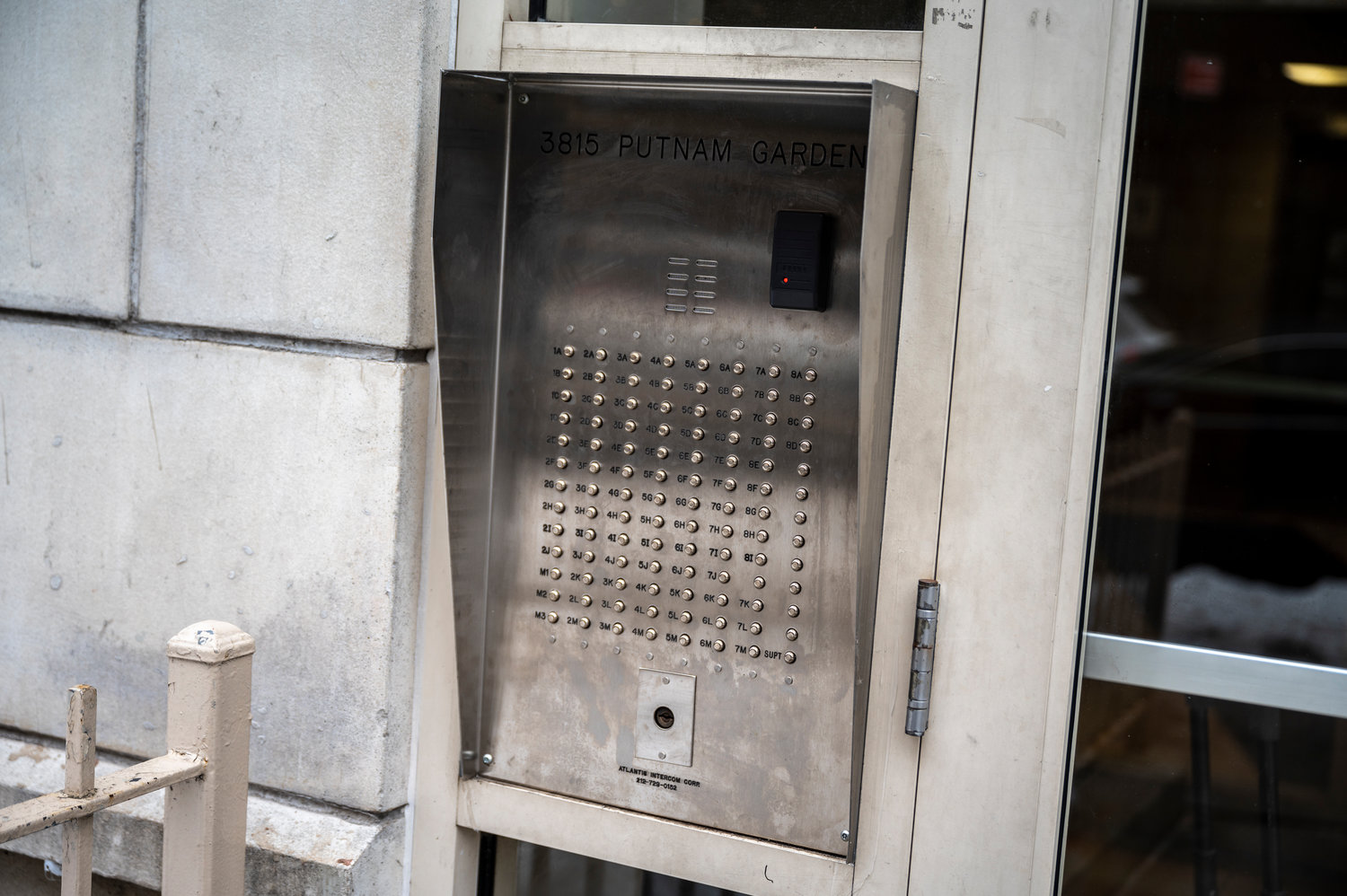 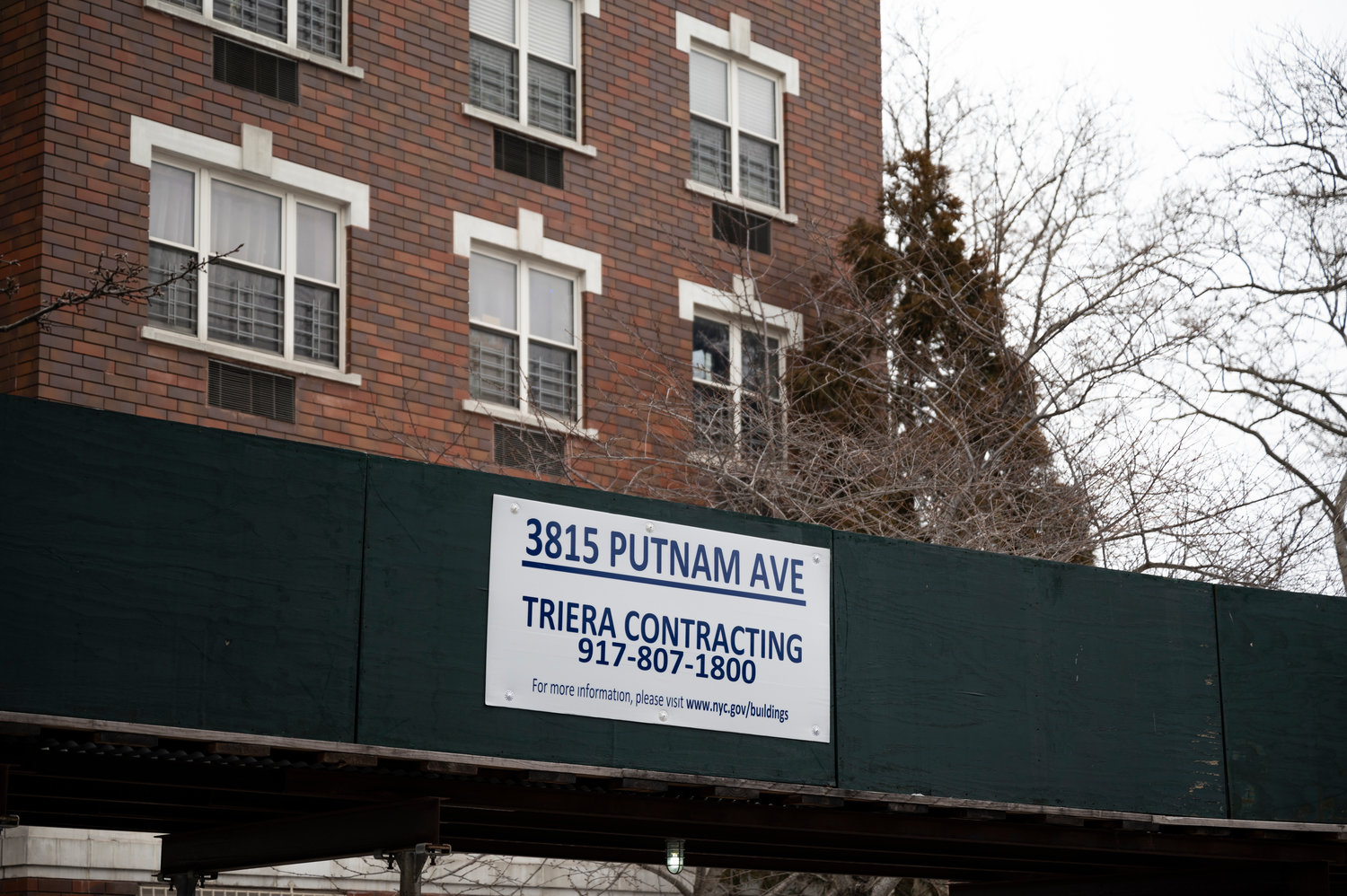 Scaffolding near the entrance of 3815 Putnam Ave.
HIRAM ALEJANDRO DURÃN
Previous Next
By ETHAN STARK-MILLER

It goes without sang that one should be careful about whom they let into their apartment. Unfortunately, one man learned that lesson the hard way after he claimed a handyman doing repairs in his apartment stole a couple of checks from his bedroom drawer.

The apartment dweller told police he learned of the theft after checking his Apple Bank account, finding a check with what he said was his forged signature in the amount of $1,500.

He reported the crime to the 50th Precinct just before lunch Feb. 10, even bringing up a second check someone reportedly tried to cash from his account, this time for $3,200. That attempt, police said, was unsuccessful.

Can you see the heartbeat? Is it a girl or a boy?

Pregnant patients of a Putnam Avenue West doctor’s office won’t know the answers to any of those questions until its stolen ultrasound machine is retuned.

An employee was assisting several patients around 11 a.m., on Feb. 4, when she noticed the machine and its attachments were missing.

It had been stored on a roller cart, making it easy to transport — even out the door, apparently.

There were no witnesses to the theft.

Police valued the device at around $4,400. Cameras didn’t catch very much, but the 5-0 is investigating.

There are better ways to get someone’s attention than shattering their car’s rear window.

Unfortunately, one vandal didn’t get that memo, damaging the window of a woman’s 2016 Chevy sedan near the 3600 block of Oxford Avenue. The crime took place sometime between the morning of Feb. 9 and the evening of Feb. 10, according to police. The damage was estimated to be less than $250.

The car’s owner provided investigators with camera footage from a nearby building, so they may have a lead on the smasher.

A woman is recovering from an attack where someone stole a radio speaker from her, only to turn around and hit her in the head with it.

It all happened when someone walked up behind her near the 2900 block of University Avenue around dinner time on Jan 10, taking her radio and hat, which police valued at $95. The thief then attacked her with the speaker, according to the report, causing a bump and some pain.