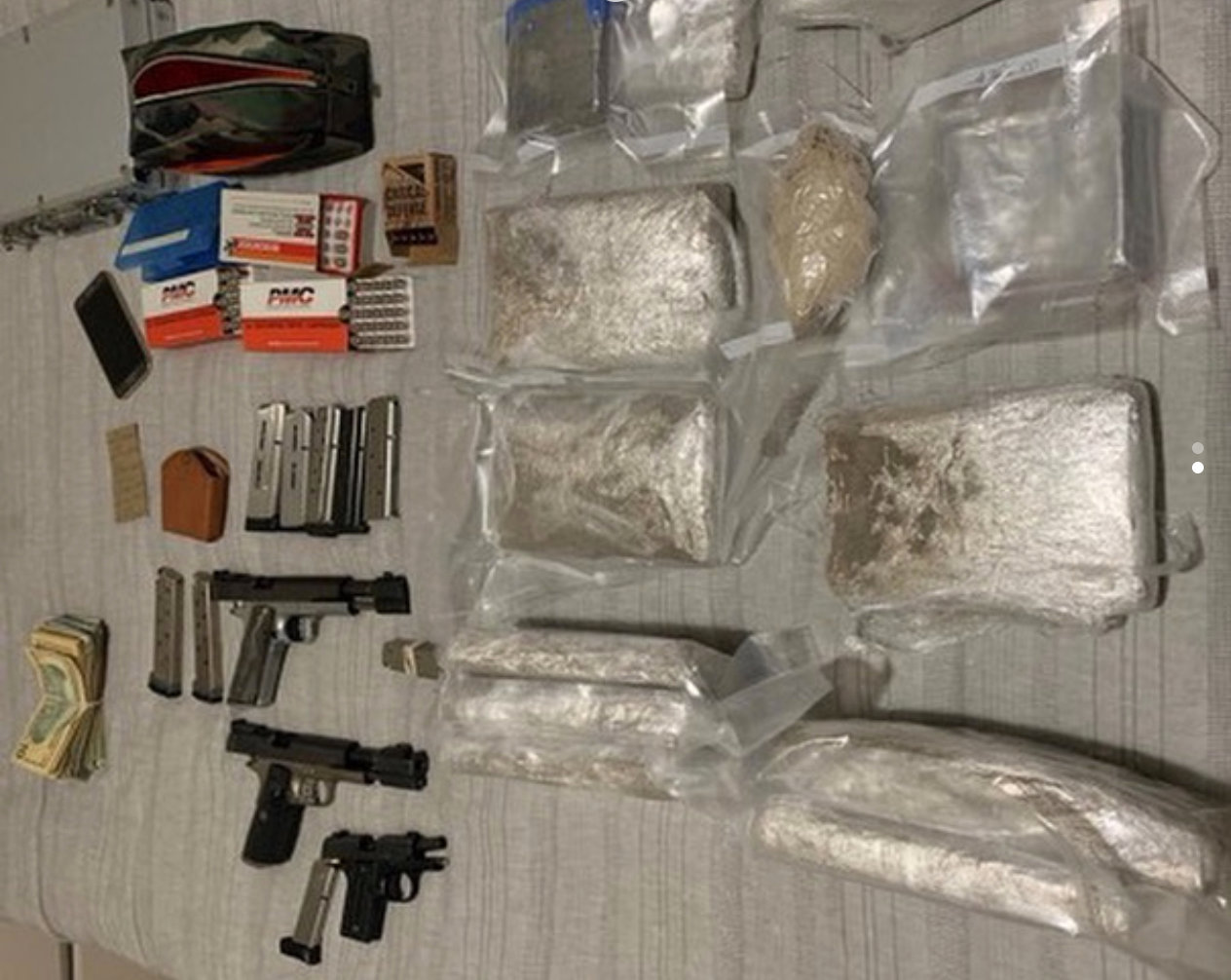 Two men are in custody after a raid by the U.S. Drug Enforcement Administration last week netted $4 million worth of heroin, along with weapons and ammunition.

DEA agents stormed an apartment at 5775 Mosholu Ave., at about 8 p.m., on Thursday, according to a release, arresting Harris Wilson Sanchez, 54, and Hinguenbert Deleon, 36. Agents had a search warrant in their possession, and reportedly found 28 pounds of what was later revealed to be heroin. They also discovered three pistols — one of them loaded — along with 200 cartridges of ammunition, a money counter, and a kilo press, allegedly used to package heroin.

The raid was a result of a months-long investigation by the DEA's tactical diversion squad. Both men had slipped out of the alleged stash house that evening, only to return not long after agents had arrived.

Sanchez and Deleon were hit with several drugs and weapons charges. They were arraigned in Manhattan Criminal Court over the weekend.

"Gun violence and deadly drugs are claiming far too many lives in our city," Brennan said, in a release. "Taking guns and dangerous drugs off the street are top priorities, and I commend the excellent investigative work and quick response of our office and law enforcement partners."