Flag will fly high once again in time for Veterans Day 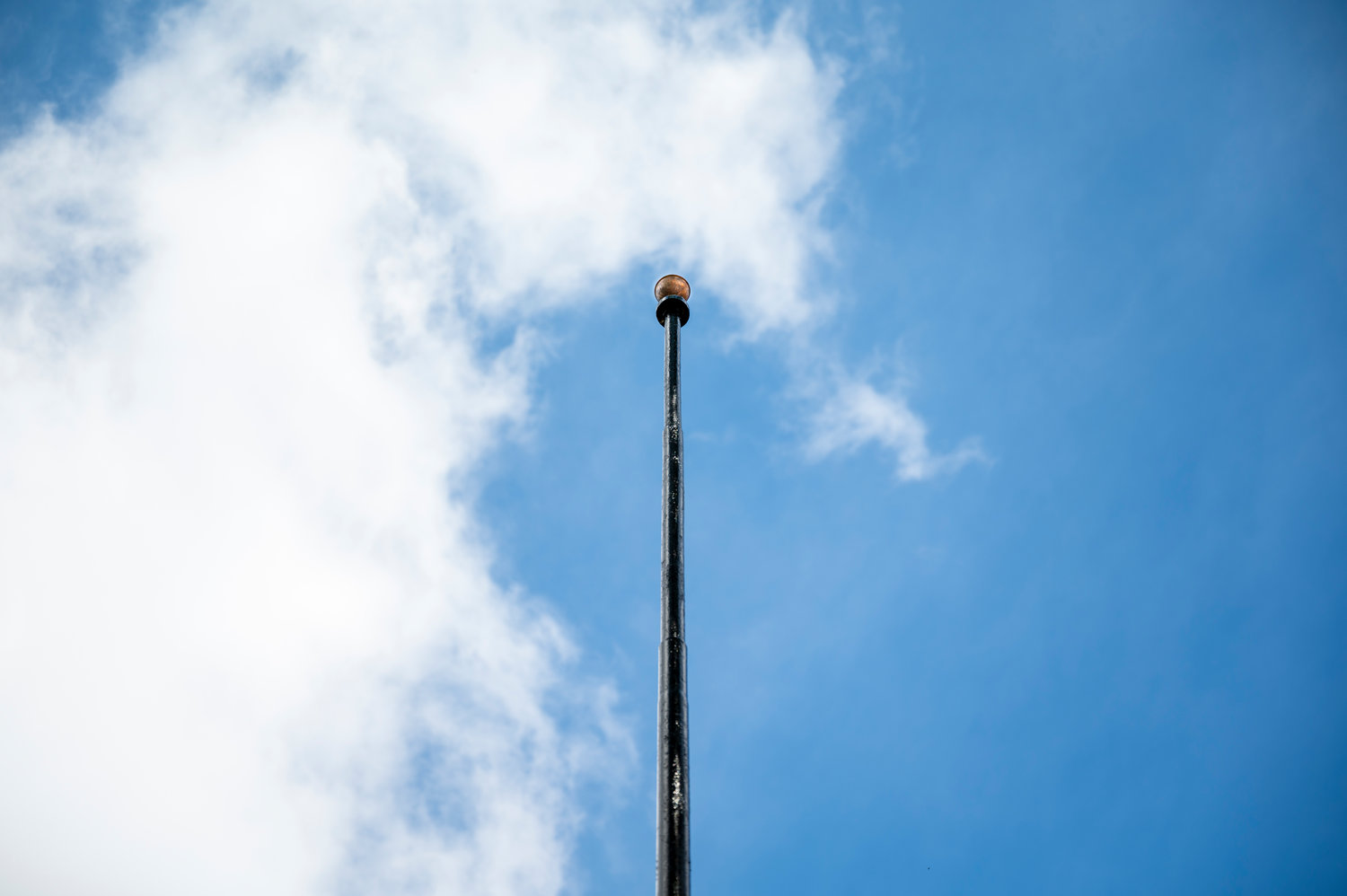 The old flagpole at the Riverdale Monument will be rededicated with a flag raising on Veterans Day, Nov. 11.
HIRAM ALEJANDRO DURÃN 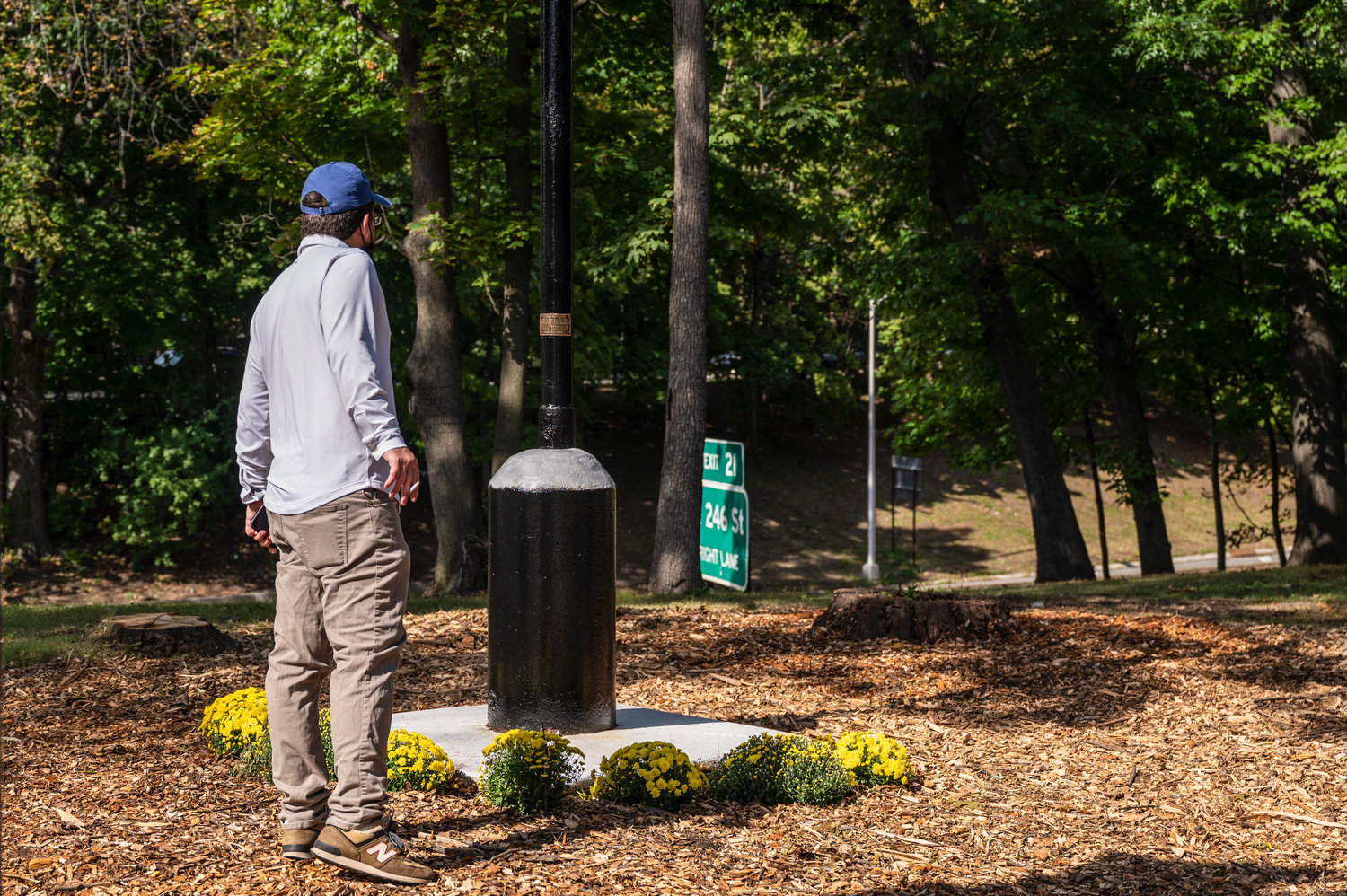 The old flagpole at the Riverdale Monument will be rededicated with a flag raising on Veterans Day, Nov. 11.
HIRAM ALEJANDRO DURÁN 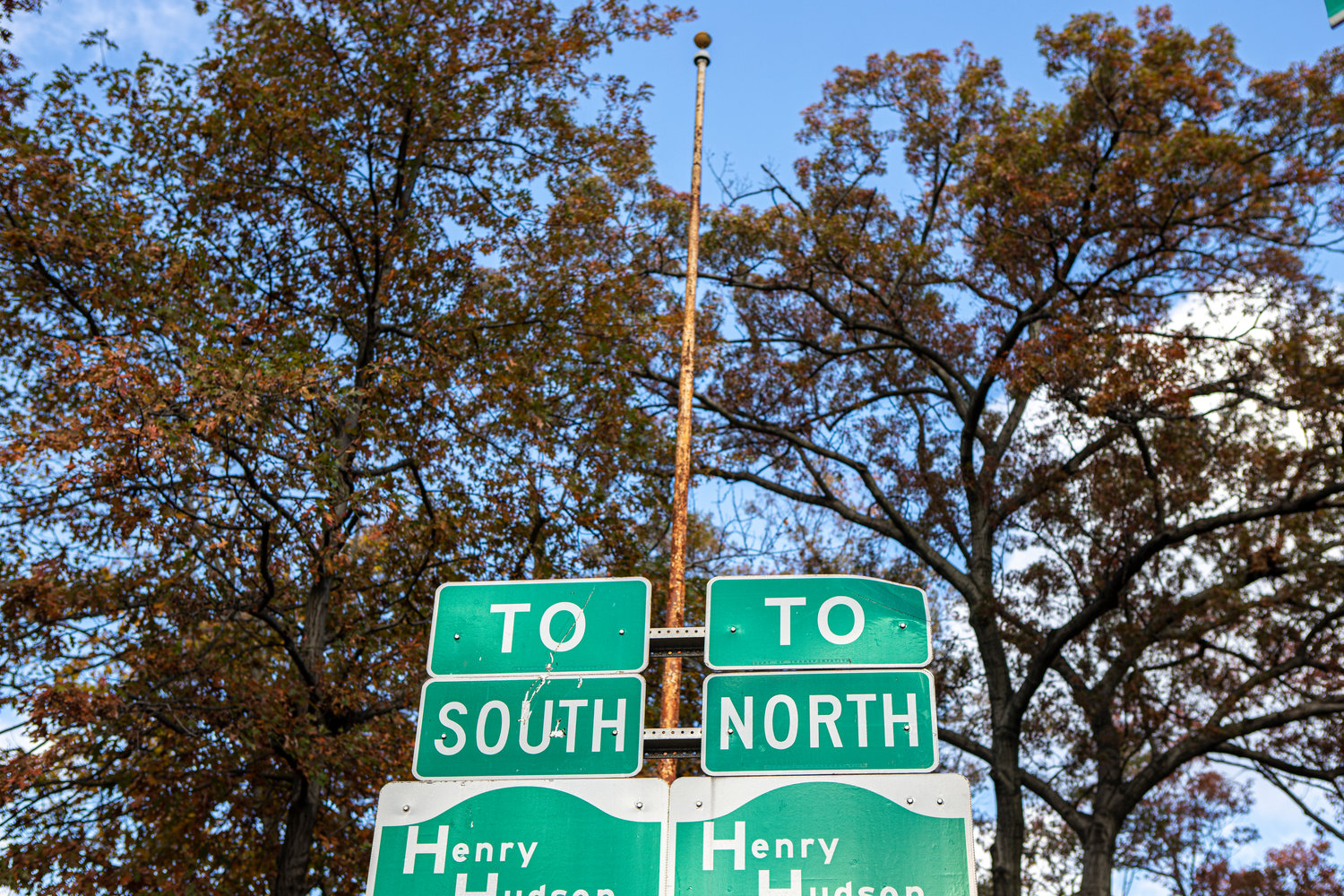 The old flagpole at the Riverdale Monument will be rededicated with a flag raising on Veterans Day, Nov. 11.
HIRAM ALEJANDRO DURÃN/ File
Previous Next
By MICHAEL HINMAN

The coronavirus pandemic hasn’t given people too many reasons to smile, but Richard Feldman will almost assuredly have on his face on Nov. 11.

Not only is it a day to pay tribute to the men and women who served to protect our freedom in the U.S. Armed Forces, but this coming Thursday will have another special meaning for Feldman: It’s the day the American flag will once again fly near the Riverdale Monument.

The path to this point is not exactly what the retired teacher expected when he first embarked to restore the old flagpole a number of years ago, but he’ll take it. And he’ll probably do it all over again.

For years, this flagpole was overlooked, and allowed to waste away, standing just feet away from the Monument on West 239th Street. It only exists because of a city bus driver named Eric Langfier — or “Scotty” for short — who would drive his bus past the Monument every day, and wonder why a bell tower constructed to honor veterans of World War I didn’t have an American flag flying near it.

Scotty brought this concern to the attention of Riverdale Press founder David Stein, and tucked inside the next issue of the newspaper was a campaign to raise $220 to construct and maintain a flagpole near the Monument.

The fundraising was so successful, Stein had to discourage some of his neighbors from funding the whole thing out of their own pocket. He wanted the flagpole to belong to the entire community, so he literally collected enough nickels and dimes to make the flagpole a reality.

Scotty got to see his flagpole for the first time on May 22, 1955 in a ceremony that included members of the William E. Irwin Post of the American Legion, then-Congressman Paul Fino, and of course, the Stein family.

Scotty hoisted the American flag — with all of its 48 stars — up the pole, and the rest was history.

Except it wasn’t a happy ending for this flagpole, because the ravages of time almost made it history.

But Feldman wasn’t going to let that happen. He would run a booth at The Riverdale Y Sunday market, asking for donation to restore the flagpole. He collected $500, and offered to turn that cash over to anyone willing to put the work in and get a flag flying again.

But finding someone to make the commitment wasn’t easy, and once again it seemed the flagpole would be forgotten again.

That is until Danny Monge — who spent much of the pandemic giving back to those working the front lines in essential jobs — discovered the flagpole himself and decided he would have a go at it.

Monge recruited Nicholas and Joelle Lynch, who run a veteran-operated tree removal service in Kingsbridge called Tree Army. They had the equipment and the manpower to bring the flagpole back to life, and even when the city’s transportation department — which controls the land the flagpole sits on — balked at the idea of restoring the flagpole the Lynches decided to do it anyway.

Their original hope was to have it done by Flag Day in June. Instead, it’s ready to go in time for Veterans Day — which for Nicholas and Joelle is just perfect.

The entire project likely cost the couple at least $2,500. But that’s OK. They like to take on a major charity project each year, and restoring the Riverdale Monument flagpole was that project for 2021. Plus Feldman followed through on his promise and donated the $500 to the vets, at least helping to offset their costs.

It’s not clear if dignitaries like local congressman will  be at the 9 a.m., flag-raising on Veterans Day like what happened in 1955. But the American Legion will be there.

In fact, Dan McNally, the commander of American Legion Post 1525 — also known as the Riverdale Memorial  Post — will hoist the flag himself.

Restoring the flagpole wasn’t exactly sanctioned by DOT, but that didn’t stop Nicholas Lynch. In fact, he feels only good things can come from being so public about his actions.

“The best thing we can do is get it back to working condition,” Lynch said last April. “When people see that someone will take care of it, that changes the game.”

The game changes Nov. 11 at 9 a.m.. when the American flag will fly above the Henry Hudson Parkway once again.