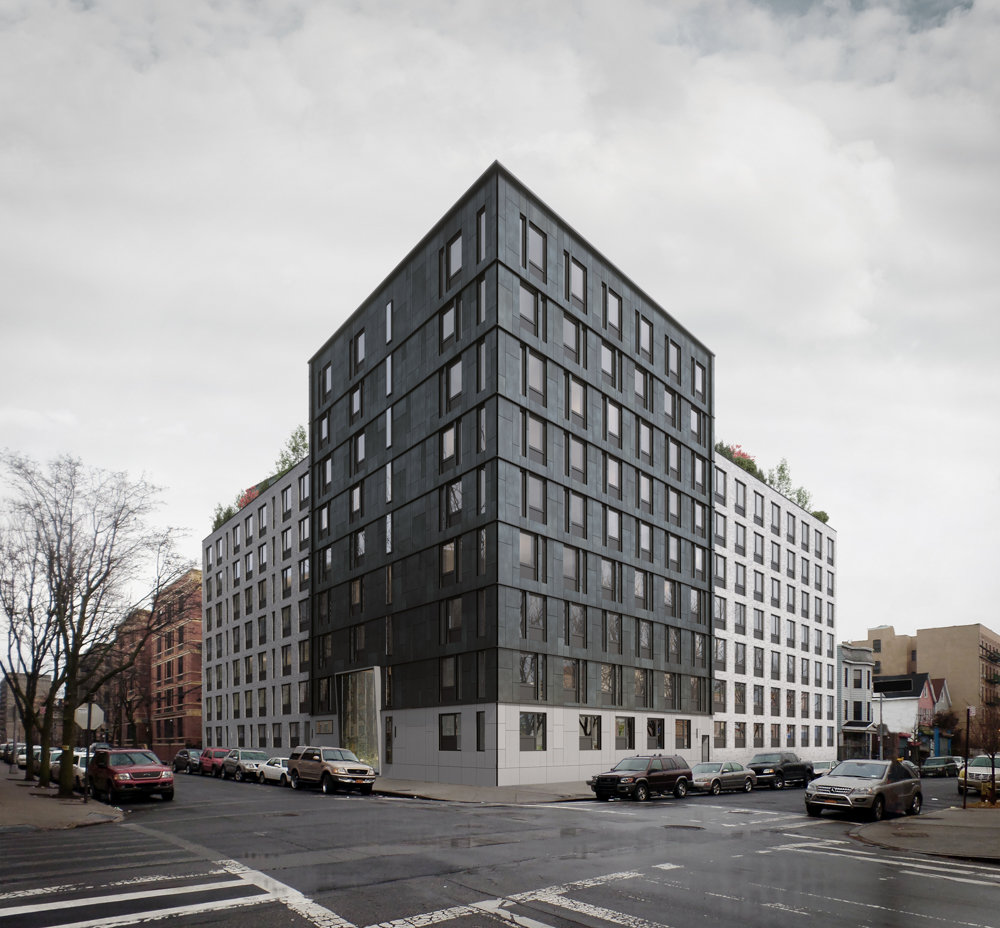 A rendering shows what Arthur Avenue Apartments at 600 E. 179th St.,will look like. As a collaboration between the Hebrew Home at Riverdale and development company Foxy Management, the building will offer affordable apartments to senior citizens in the Belmont neighborhood of the Bronx.
Courtesy of Foxy Management 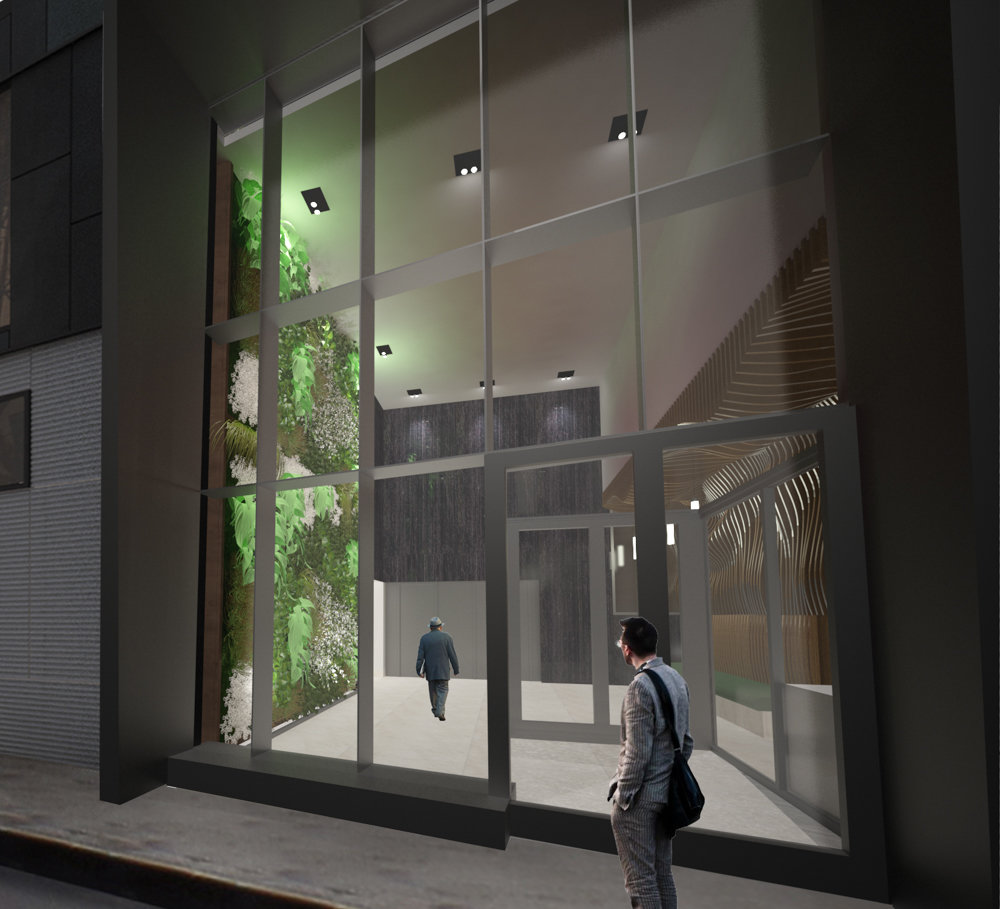 A rendering shows a close-up of the entrance to Arthur Avenue Apartments, an affordable housing complex for senior citizens planned for Belmont. The Hebrew Home at Riverdale is collaborating with developer Foxy Management to design the apartments.
Courtesy of Foxy Management 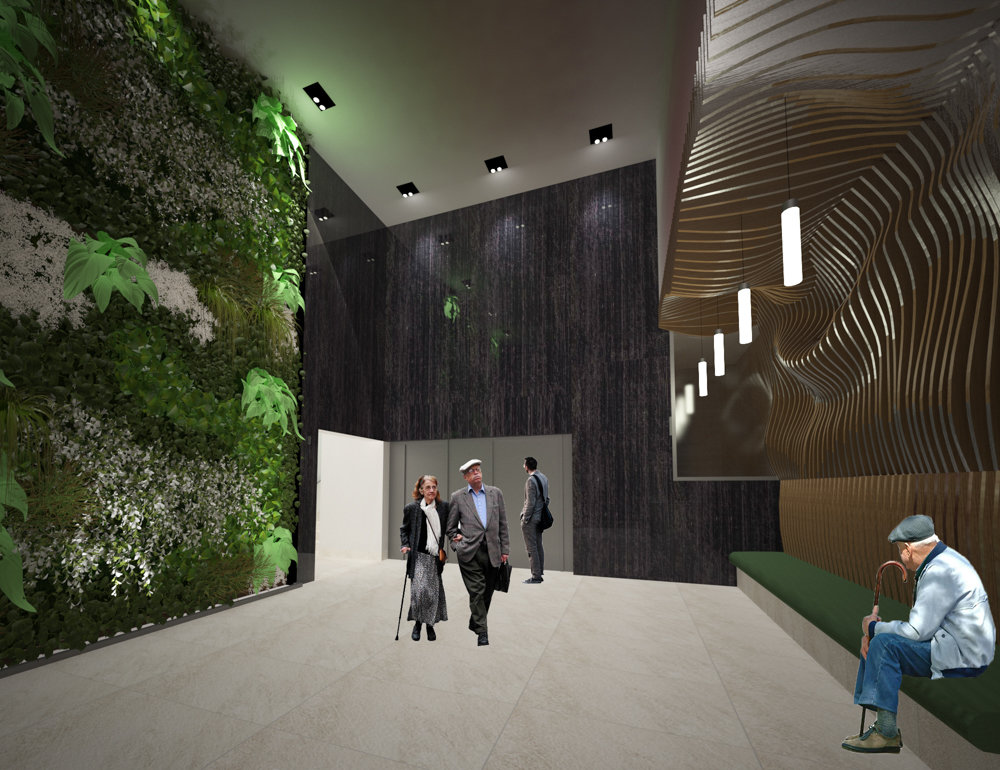 A rendering shows a portion of the lobby area in what is expected to become Arthur Avenue Apartments, an affordable housing complex for senior citizens in Belmont. The Hebrew Home at Riverdale is collaborating with developer Foxy Management to design the apartments.
Courtesy of Foxy Management 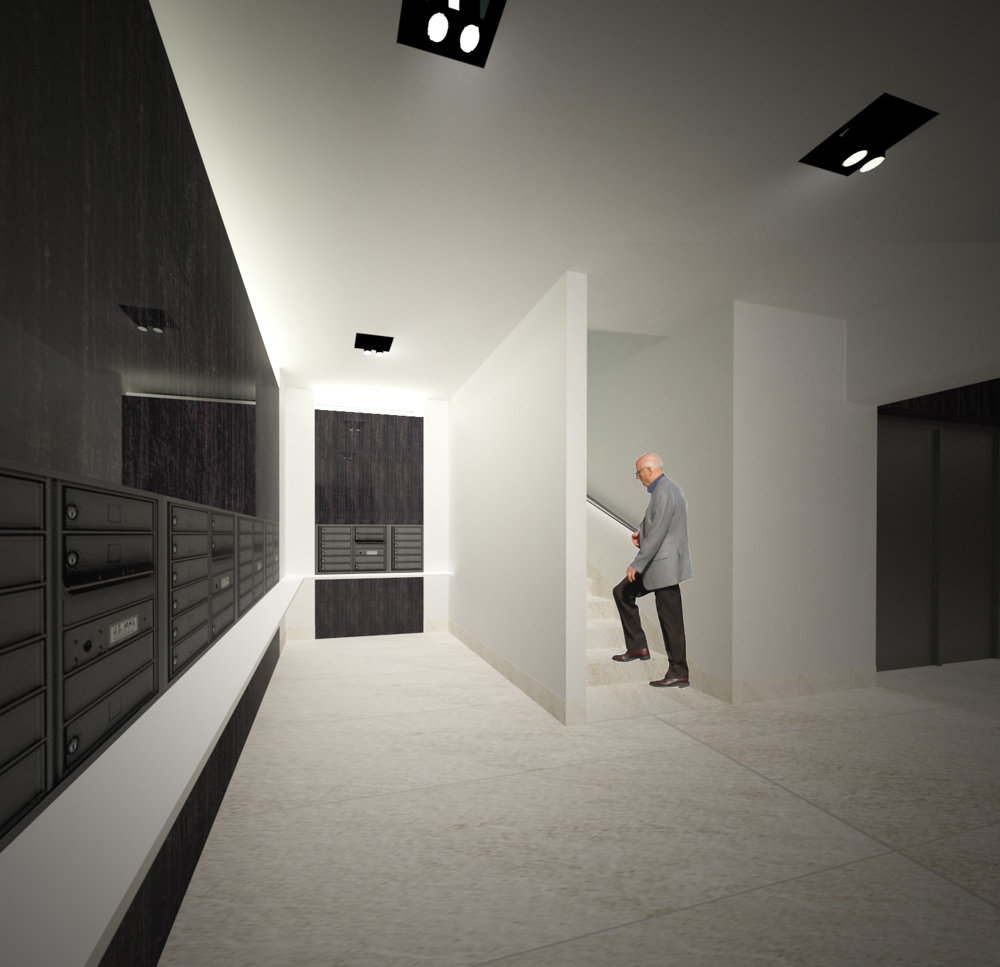 A rendering shows a portion of the interior in what will become Arthur Avenue Apartments, an affordable housing complex for senior citizens jointly designed by the Hebrew Home at Riverdale and Foxy Management, a property management and development company.
Courtesy of Foxy Management
Previous Next
By SIMONE JOHNSON

The Hebrew Home at Riverdale is taking elderly homelessness into its own hands.

The Palisade Avenue assisted living facility plans to build a 177-unit apartment building in Belmont with developer Foxy Management. The structure will provide homes for residents 62 and older that are homeless or in need of assistance.

“We are proud that we are able to serve the older adults at every level,” said Daniel Reingold, chief executive of Hebrew Home’s non-profit parent RiverSpring Health. “Our focus has been on poor older adults for years, and this is an extension of this mission, and we are proud to extend this service.”

It’s tentatively called Arthur Avenue Apartments, and will be located on the famous thoroughfare where it meets with East 179th Street. While it won’t have the same medical amenities that a facility like Hebrew Home provides, the nine-story building will keep senior safety in mind, Reingold said, with a staff ranging from social workers to nurses.

The Hebrew Home already serves more than 18,000 seniors daily, but stretching out beyond its Hudson River campus is nothing new — neither is working with Foxy Management, a Woodstock-based real estate company that already has developed more than 700 affordable units in the Bronx, according to its website. That includes a recently opened 168-unit complex at 1880 Boston Road in West Farms, another partnership with Hebrew Home.

“It’s actually been a very good partnership, even though they’re a for-profit company,” Reingold said. “It’s a father-son company and they care really deeply about giving good quality houses for people who are poor.”

The $91 million Belmont project was funded through bonds and subsidies through the state Housing Finance Agency as well as a $36 million tax credit equity loan through a Freddie Mac Low-Income Housing Tax Credit fund.

Once it’s completed in 2021, the Hebrew Home hopes to dedicate resources helping more than 50 homeless and “medically fragile” seniors in need of assistance with their daily tasks, Reingold said. Workers at the apartments will help in a number of areas, including emotional and physical support, educational and artistic programs, and something called “social adjustment sessions,” designed to help formerly homeless seniors ease back into residential space.

The goal for Jeff Fox, executive vice president and general counsel of Foxy Management, is to offer much more than brick and mortar for seniors. It’s also about independence, especially through personal financial management courses.

Throughout his time working with older adults, Reingold has found that senior homelessness, in some cases, can also stem from elderly abuse. Especially when it comes to financial exploitation .

“We see cases where (seniors) can’t pay their rent,” Reingold said. “If we can prevent people from being scammed, then they can be in their homes and pay for their food and medication.”

Part of what makes Foxy and the Hebrew Home’s relationship work is that both organizations are dedicated to helping those in need, Reingold said. With nearly 80,000 people in New York City without a home, the city accounts for 86 percent of the entire state’s homeless population. Although 177 units will help, it’s still just a drop in the bucket.

“There is a tremendous need as living costs rise in the city,” Fox said. “And you have more and more seniors on fixed income.”

While the plans are to make Arthur Avenue Apartments many things for its residents focused on their future, it is still, in the end, a home. Developers plan to include a greenhouse and green wall so residents can enjoy the beauty of being outside, even when they aren’t. They’ll even have a chance to grow their own food and participate in cooking classes.

“We want to provide a comfortable healthy environment to live in, and really, I think to actually create a community and a farming aspect and a shared kitchen,” Fox said. “We want to create not just stark housing units for people, but to create an environment where people will interact with each other and create friendships and take care of their larger community.”