It's that time of year again - orchids return to NYBG 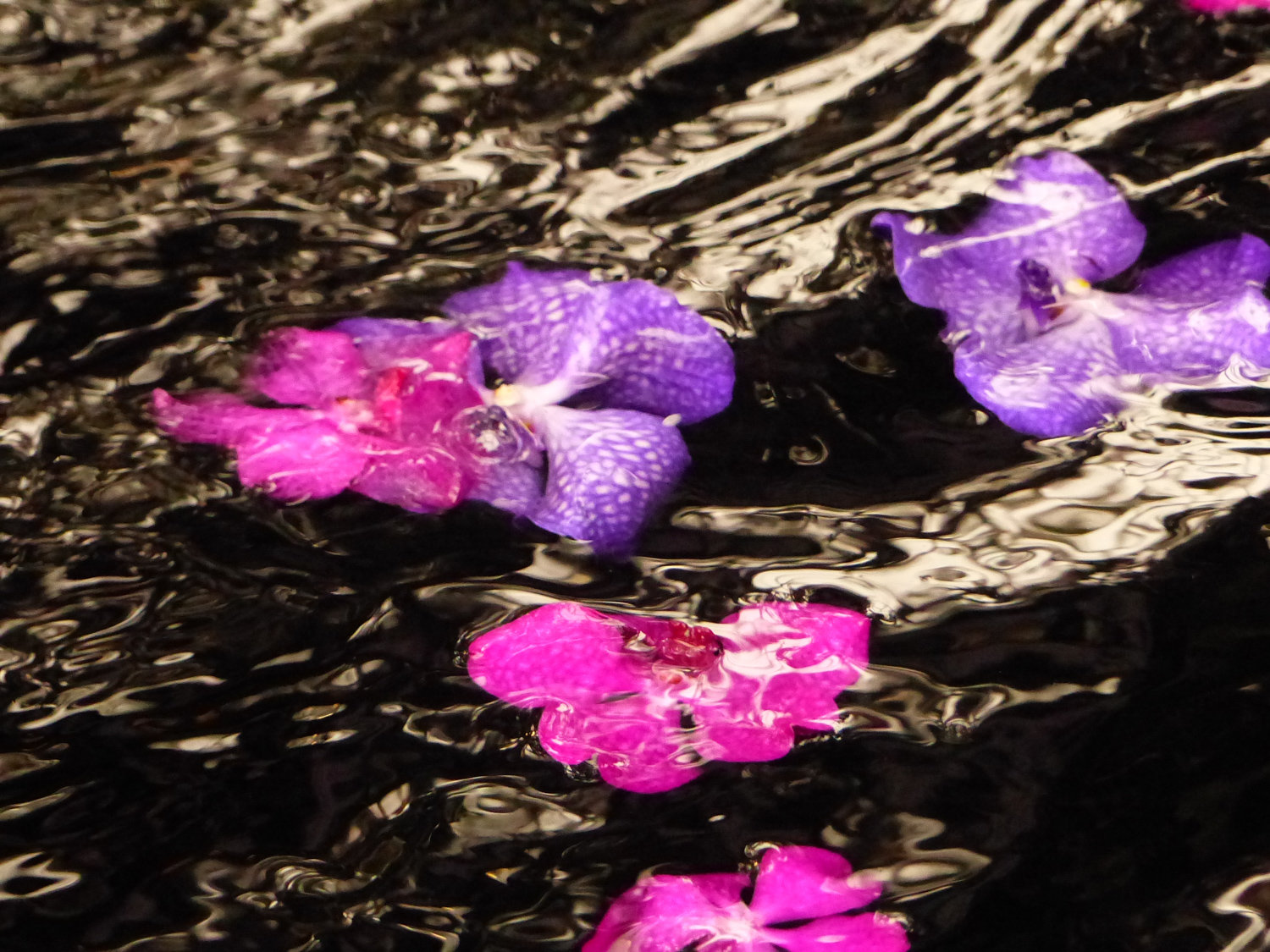 Vanda flowers like these float in the water as part of the annual orchid show at the New York Botanical Garden.
Courtesy of Sura Jeselsohn
By SURA JESELSOHN

Despite the soggy outdoor conditions on Feb. 11, dozens of journalists and other guests showed up for the media preview of the New York Botanical Garden’s annual orchid show.

This year’s extravaganza was the creation of flower designer Jeff Leatham, who graciously emphasized the vital requirement of collaboration by dozens of garden professionals in bringing the show to fruition.

Called “Jeff Leatham’s Kaleidoscope,” the show is a study of colors and textures using orchids scattered throughout the entire conservatory. Unlike previous shows that always started in the Palm Court of the Rotunda and continued into the adjacent exhibition hall, this show begins in a small section of that old exhibition hall and then progresses from room to room throughout the rest of the building, utilizing the varied growing environments as a backdrop to the different orchid groups.

Some of the backgrounds of the different rooms were even repainted — some gray, some berry — to highlight the orchid colors.

Whether we can truly credit Leatham’s story about his own father needing to strongly urge him into helping with the family garden, he has designed with flowers since 1995. The recipient of numerous awards — including the Chevalier de l’Ordre des Arts et des Lettres, France’s highest honor bestowed by the culture minister for artists who have made a significant contribution to French culture — he has also authored three books: “Flowers by Jeff Leatham,” “Flowers by Design,” and “Jeff Leatham: Visionary Floral Art and Design.”

Leatham is a self-described “Vanda Orchid Guy” who even has an orchid named for him. Ansu Orchids of Amsterdam named a speckled purple vanda Vanda Sunanda “Jeff Leatham” after him in 2017. A second orchid, this time a hot pink phalaenopsis, was named for Leatham’s mother Janet, who passed away this year and is called “Velvet Janet.”

The Orchidaceae is one of the largest families of flowering plants with 28,000 accepted species and more than 100,000 hybridized forms. They are found on every continent with the exception of Antarctica.

The botanical garden collection itself contains some 7,000 different species, and some of the more rare and tiny species are displayed in the tropical side of the conservatory. Marc Hachadourian, senior curator of orchids who recently authored the book “Orchid Modern: Living and Designing with the World’s Most Elegant Houseplants,” particularly pointed out the Vanda coerulea, the blue orchid. Unlike many orchids, it tolerates a cooler temperature.

The dramatic visual display at the entrance of the show includes a faceted foil sculpture created in Paris representing a vanda flower from which flows a fountain. It is installed in front of a wall of fuchsia and purple vandas.

I particularly like the small black pool of water into which the fountain flows where a multitude of individual vandas mimicking those on the hanging wall float in the current. All of this is set off by interesting foliage plants — Strobilanthes (Strobilanthese dyerianus), button ferns (Pellaea rotundifolia), ti plants (Cordyline fruticosa) and more.

The next room is a study in white. Whenever there, I check the gardenia (Gardenia jasminoides) tree whose blossoms are white and heavenly fragrant. It was not in bloom now, but the room was festooned with a multitude of white orchids. Parenthetically, both gardenias and the coffee tree are members of the family Rubiaceae.

We generally expect to find orchids in a warm and humid environment. But like most plants, different genera of orchids exploit different environmental niches. The next room is “Deserts of Africa” and includes a Eulophia petersii, which grows in arid, sunny environments with acidic, sandy soil or on rock outcroppings from Kenya south to the Transvaal (northeastern South Africa).

Like all succulents, it stores water in fleshy leaves and stems. Sadly, it will not bloom until spring.

The desert side of the conservatory is linked to the tropical rooms through a connecting tunnel. It has been illuminated with a light show of changing colors. While interesting as-is, try taking some quick shots when the tunnel is almost empty. The results will surprise and delight you!

The room devoted to aquatic plants and vines is a voluptuous display of hanging plants. The colors are graded from yellow through orange-red so that, depending on the direction of entry, one moves from sunrise to sunset, or the reverse.

“I want visitors to come away with an unforgettable impression of the color and the beauty of orchids,” he said, adding that “color is the first and most important aspect of my work, always. I want every gallery to be a different color experience, like looking into a kaleidoscope.”

The show runs through April 19. It certainly will lift winter spirits!