Manhattan guard always there to help his family 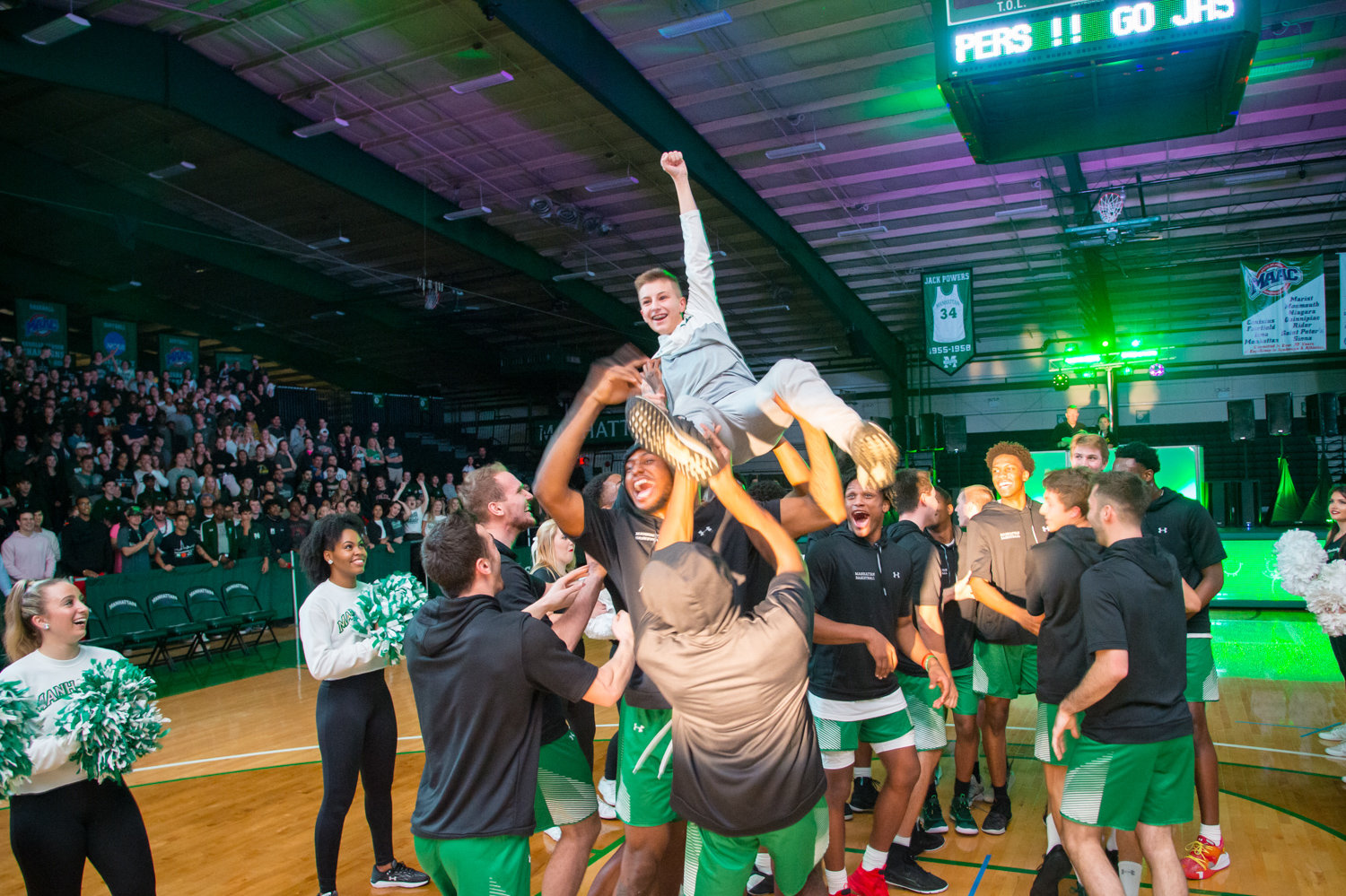 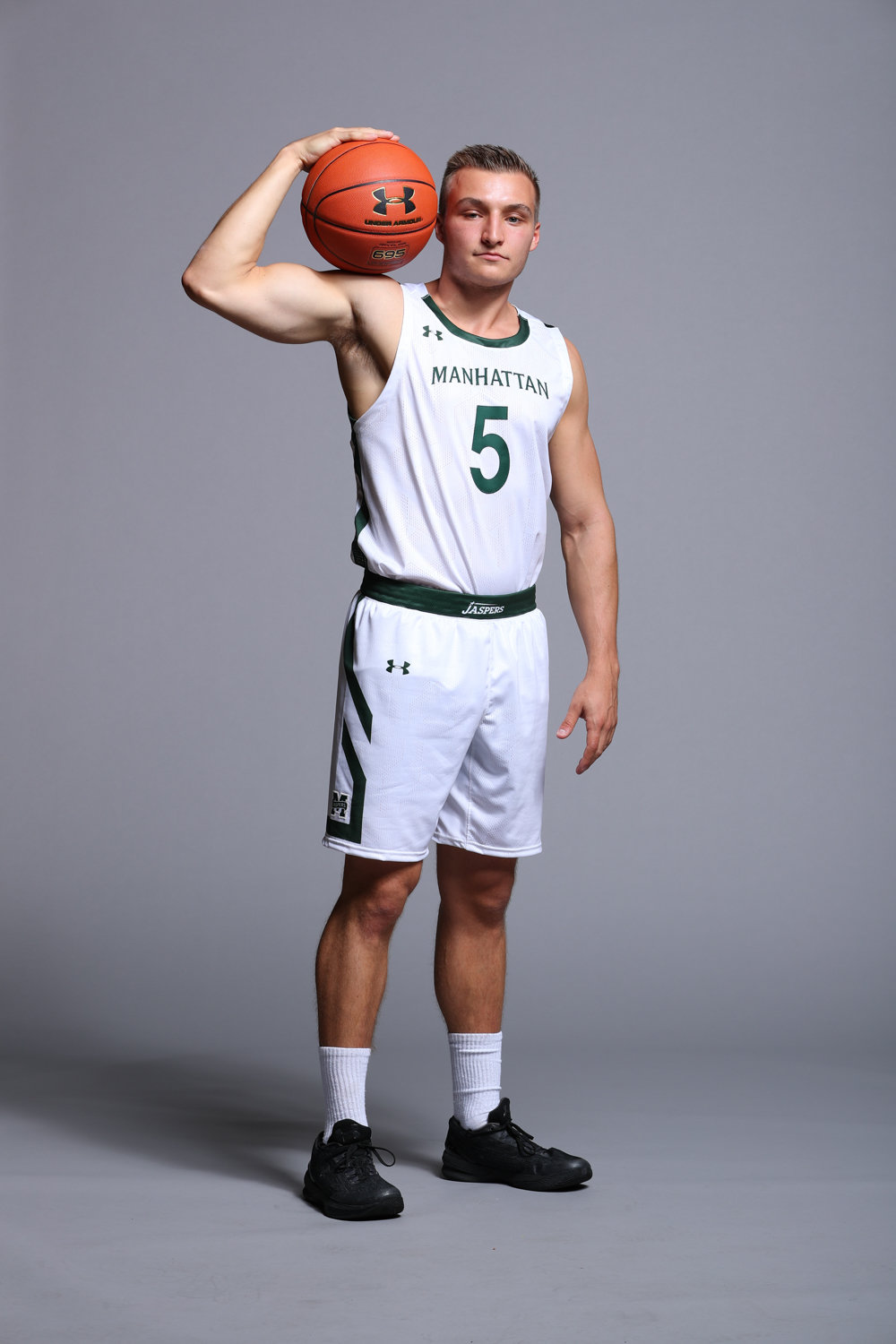 Manhattan College senior Jesse Boyce has a lot more on his plate than basketball these days as a family tragedy changed the direction of his life.
Courtesy of Manhattan College
Previous Next
By SEAN BRENNAN

Jesse Boyce is not your typical college senior.

There are the endless hours dedicated to practice and games as a member of the Manhattan College men’s basketball team, and even longer hours spent dealing with the heavy classwork load that comes with his dual majors in finance and accounting.

But what spare time he does carve out for himself each week is not spent the way most college seniors may choose to use theirs. You know, sleeping late, keg parties, sleeping late because of keg parties, or just enjoying an active social life in general.

No, whenever Boyce sees an opening in his busy calendar, he makes the trek home to Westchester County to take on a job he willingly accepted six years ago when his dad, Jimmy, died suddenly at 50.

“My family is very tight and I’ve always had a strong family life,” Boyce said. “And my dad was the most important person in our family. He was the glue that held us all together. Unfortunately, when I was a sophomore in high school, he passed away, and I have a younger sister and brother who were really young at the time. So it really forced me to have to grow up overnight and really become a man.”

It was a difficult role to take on, but for a then-16-year-old Boyce, it was a no-brainer.

“I could have gone down a really bad road at that time, but I see what I have with my little brother and my little sister, and I know it’s really been hard on my mom,” Boyce said. “So I stepped into that role to be a father figure for my brother and sister and really make sure that I’m there for them and be that figure for them.”

His decision didn’t come without some consequences, however.

Boyce, who was a three-time All-League player at Westlake High School — and who finished his career as a 1,000-point scorer — was courted by a bevy of Division II and Division III schools to play college ball. But instead he decided to put basketball on the backburner — and possibly forever — in order to stay closer to home so he could be there for his sister Jillian and brother Brandon.

That led to his finding Manhattan.

“Going away was a deal breaker for me,” Boyce said. “I got recruited to play at other schools, but most of them were three to five hours away, and some were out of state. So if I was to go play there, I wouldn’t have been able to come home and see my family much, and that really bothered me. So that’s what separated Manhattan from everyone else.”

So while Boyce would go home on weekends to attend Brandon’s taekwondo competitions or be there to offer advice to a teenaged Jillian, basketball began to fade from his life. And it wasn’t until multiple family members urged him to rekindle his career that Boyce got up the nerve to ask Jaspers’ head coach Steve Masiello for a tryout.

“I had let basketball go,” Boyce said. “But my mom, my uncle and my aunt, they all wanted me to play. They didn’t want me to give it up. I’d always dedicated so much time to it, so I said, ‘Why not give it a chance?’ I thought it would be really cool to be on a Division I team, so I built up the confidence to talk to Coach Mas and he gave me the opportunity to try out for the team and it went well. Now I’ve been on the team for the past three years.”

And during those three years, the Boyce family — 12-year old Brandon, 18-year old Jillian and mom, Laura, along with assorted aunts and uncles — have become fixtures at Manhattan home games. In fact, Brandon has become quite the celebrity at Manhattan Madness over the last couple years, taking part in the Jaspers’ annual tip-off event to their basketball season.

“My brother is like the star of the school now because I bring him out for Manhattan Madness and I give him the spotlight,” Boyce said, laughing. “The guys even picked him up and carried him around on their shoulders. It makes me feel good that I can make him happy and he can have a little fun.”

Boyce said Jillian will head to the College of Mount Saint Vincent next year to pursue a nursing degree while Brandon continues to make his way through Westlake Middle School. And Boyce intends to be with them every step of the way to offer advice, encouragement or just be a shoulder to lean on.

All part of the job he stepped into under the most trying of circumstances six years ago.

“I want to make my mom proud,” Boyce said. “But at the end of the day, what I’m doing is all because of my dad. I know the foundation he laid out. I know what he’d want me to do. I know the type of person he was, and I know what he did for me and how much he loved me.

“So I just want to do everything the right way and make him proud. I keep that with me every single day.”

Masiello tries to adapt in this new age of the coronavirus

Jaspers’ Stuart: Should he stay, or should he go?