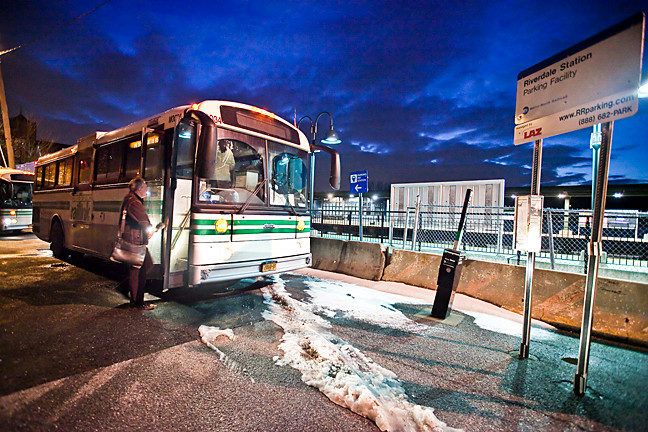 One of the largest privately owned bus companies in the city took over the 12 bus lines brining commuters to Metro-North train stops on Jan. 2.

Logan Bus Company took over bus routes in the Hudson Line Rail Link after Atlantic Express, the previous operator, declared bankruptcy last month and ended operations on Dec. 31. Atlantic Express, which ran the lines since 1991, attributed the bankruptcy to its inability to reach a contract agreement with unionized bus drivers.

A Logan Bus spokesman, Corey Muyrhead, said the company has made no changes to the routes and ticket costs and that it kept the same 13 bus drivers previously employed by Atlantic Express.

“We wanted to make this transition go as smoothly as possible,” Mr. Muyrhead said.

He added there was “a bit of a learning curve” for his company, which expanded from providing school buses to children on 1,500 routes in all five boroughs.

But on Monday night, commuters hopping off the Metro-North Line and onto the buses said they had not noticed any changes since Logan Bus took over.

“So far, so good,” Linda Bryant said at the Spuyten Duyvil train station, adding that the Hudson Rail Link “is generally pretty dependable. “They even run in fairly bad weather. Considering they’re small buses, they seem to operate pretty reliably.”