Once the pride of Riverdale, this forlorn flagpole is in need of restoration, relocation 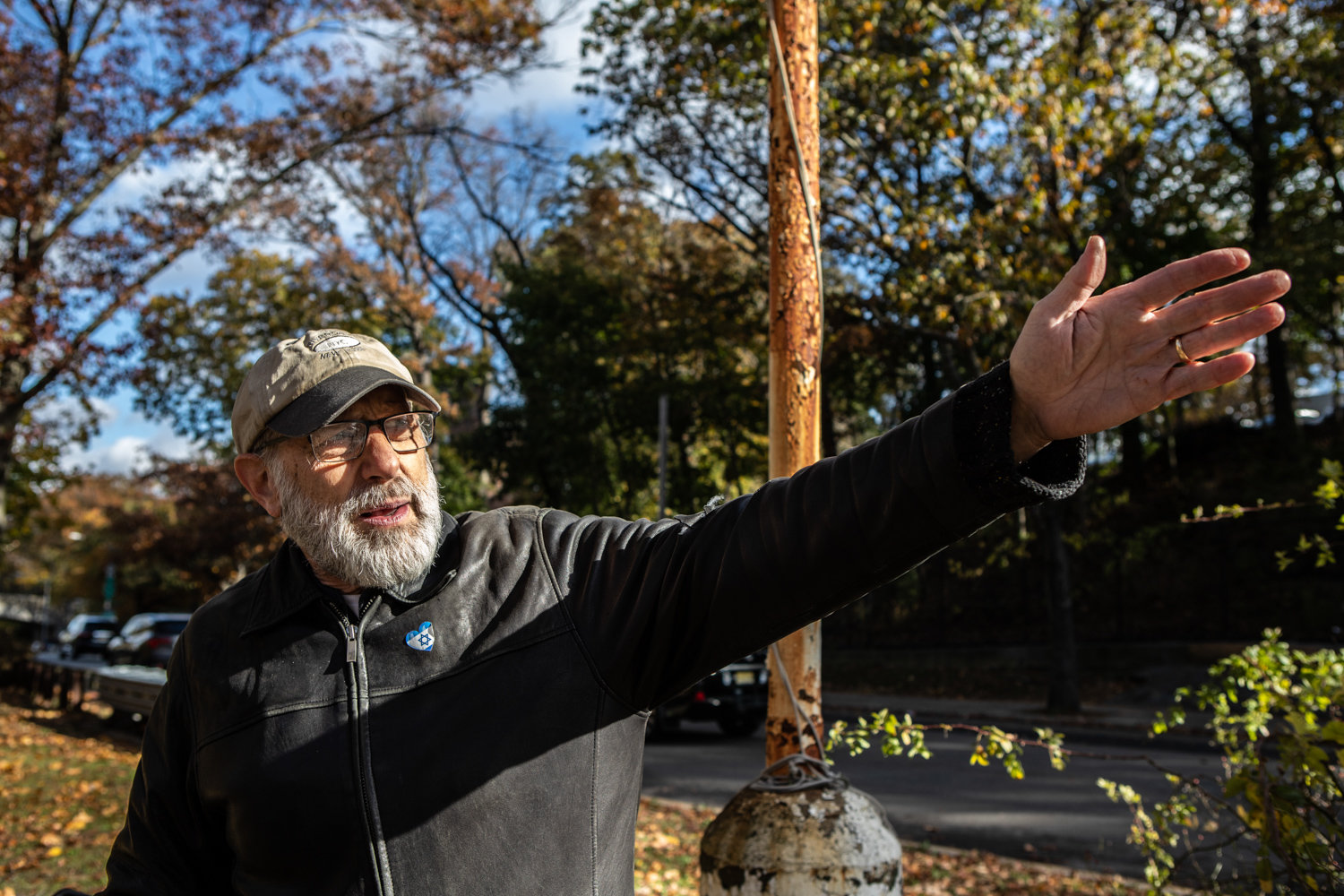 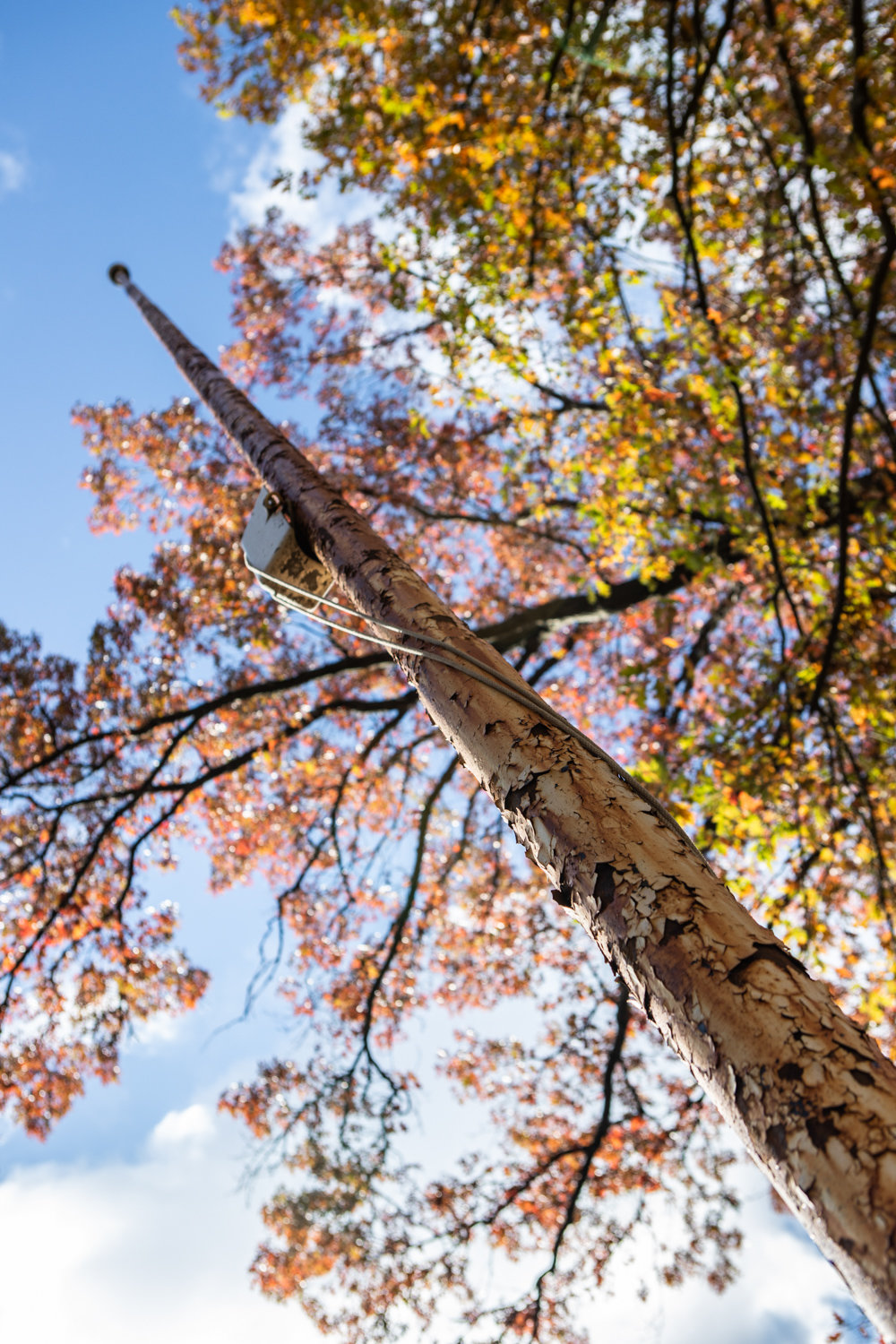 Richard Feldman cannot remember when there stopped being a flag atop the flagpole on West 239th Street across from the Riverdale Monument. He has been trying to restore the pole for years.
HIRAM ALEJANDRO DURÁN 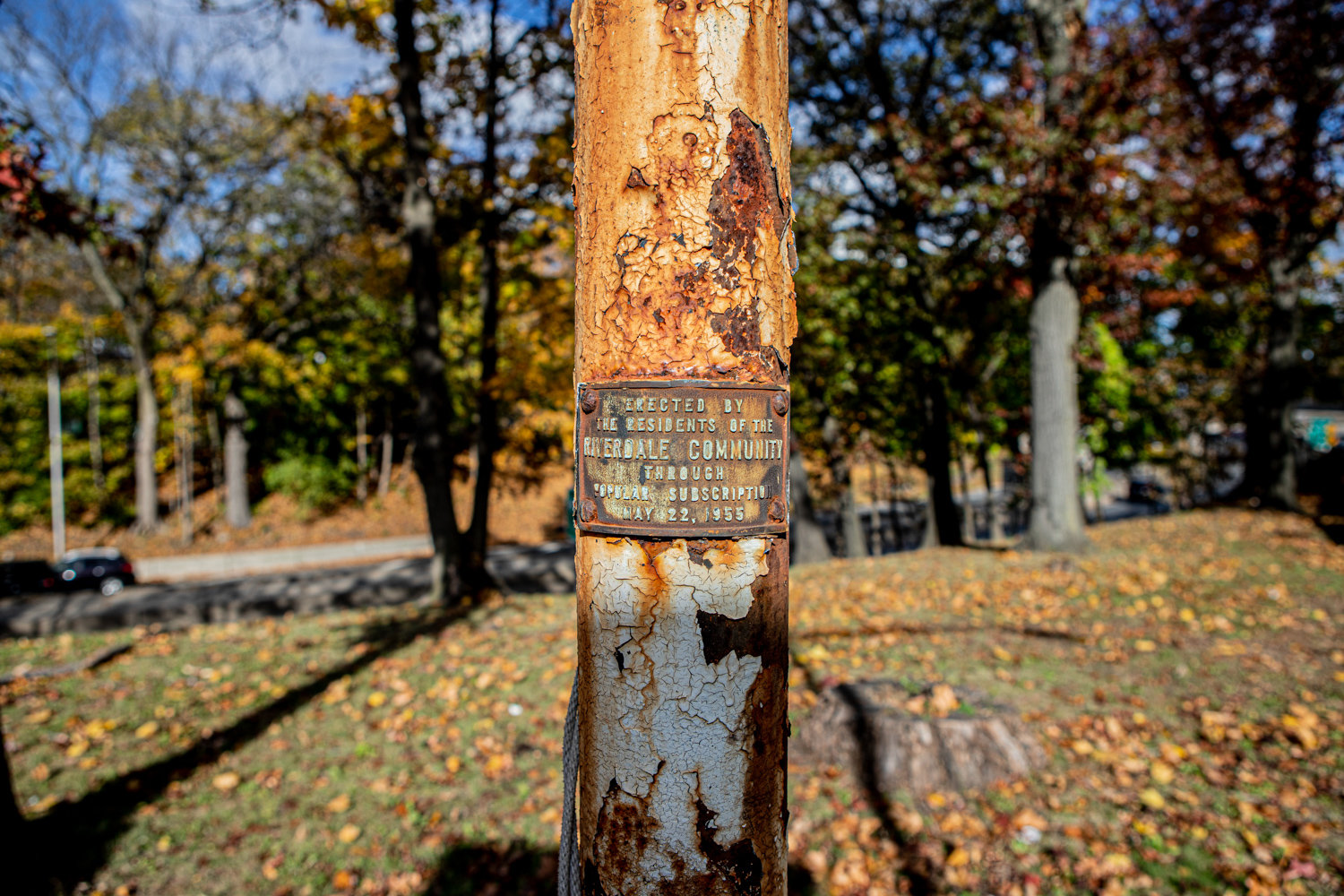 The flagpole on West 239th Street across from the Riverdale Monument has been in a state of disrepair for years. Richard Feldman is on a mission to restore it.
HIRAM ALEJANDRO DURÁN 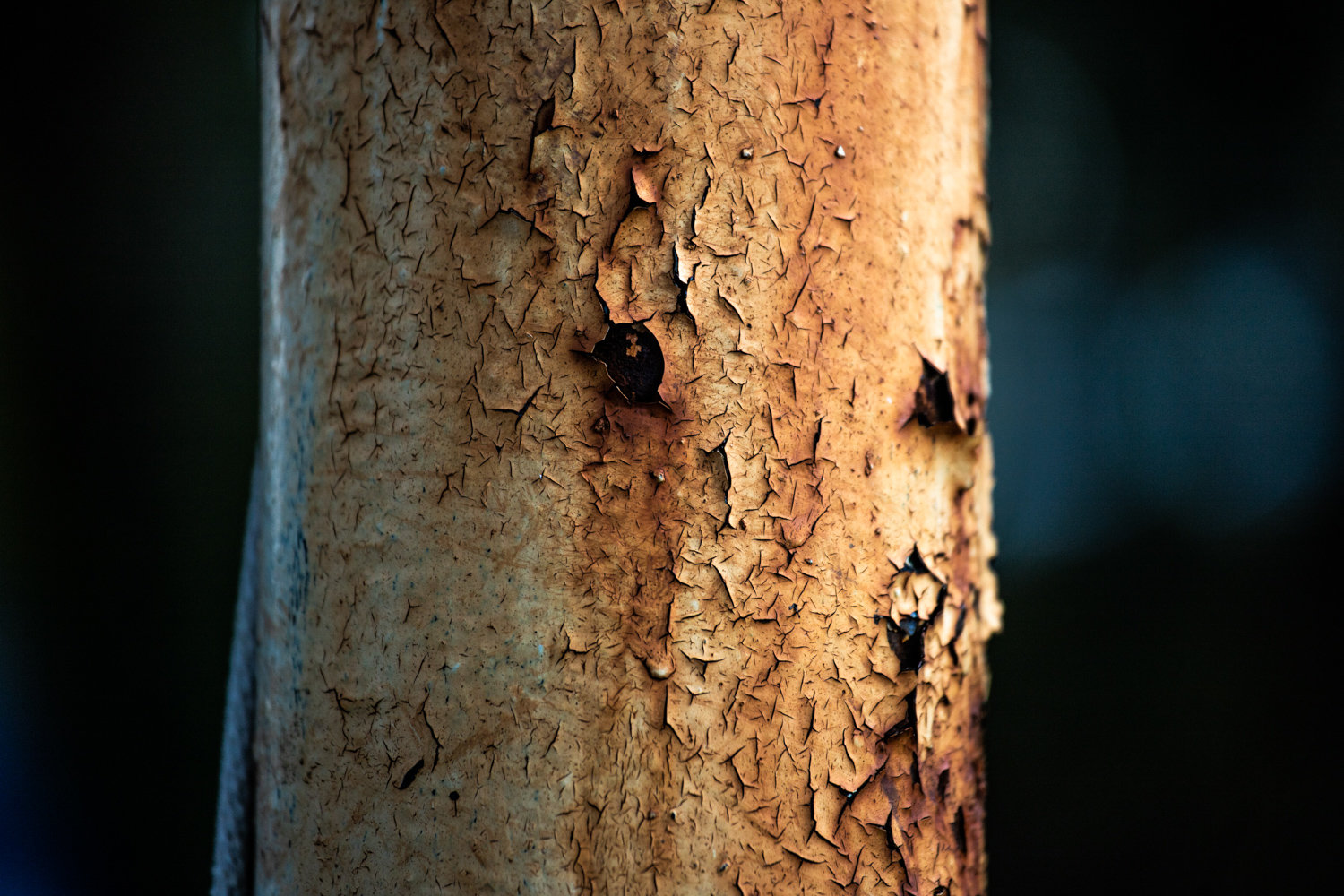 A flag has not flown at atop the flagpole on West 239th Street for quite some time. Richard Feldman wants to restore the pole, located just across the street from the Riverdale Monument, to its former glory.
HIRAM ALEJANDRO DURÁN 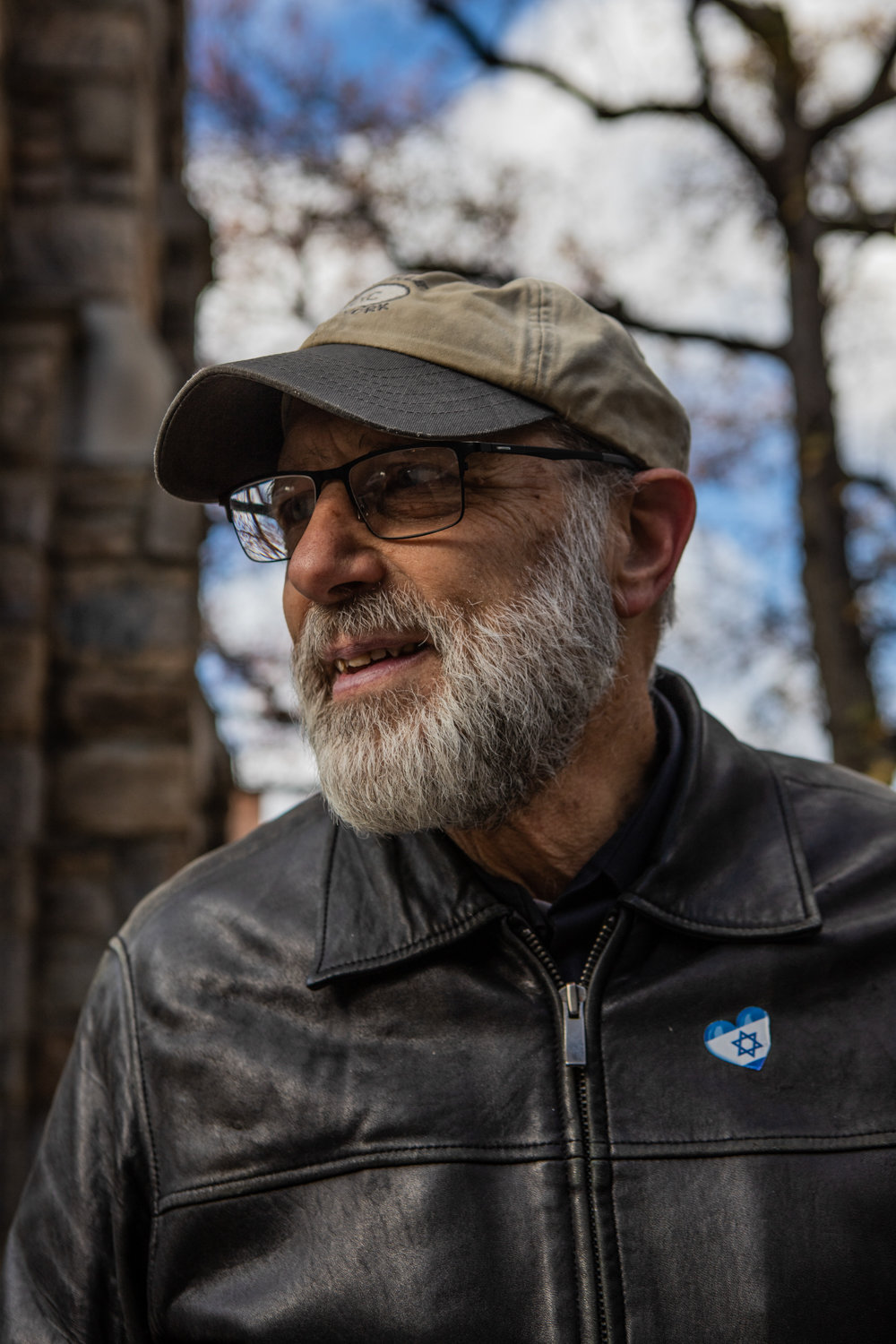 Richard Feldman cares deeply about honoring veterans, and he is on mission to restore the flagpole on West 239th Street across from the Riverdale Monument.
HIRAM ALEJANDRO DURÁN
Previous Next
By MICHAEL HINMAN

Chances are, you didn’t even know it was there. Don’t be ashamed. Unless they were looking for it specifically, many wouldn’t see it.

Hundreds of cars pass by the Riverdale Monument at the busy intersection just off the Henry Hudson Parkway where West 239th Street and Riverdale Avenue meet. But just across the street, in a wooded strip between the main highway and its side access road, is an old flagpole that has certainly seen better days.

The paint that once coated the towering metal gave up long ago, replaced by flaking remains, and a rusty base. Old Glory spent decades waving its stars and stripes for everyone to see. But even now, that’s just a memory.

Yet, it’s just a flagpole, right? New York City has hundreds of them, if not thousands. But this flagpole represents more than an opportunity to honor America. It was the end-result of a community that came together to properly honor the veterans listed on the Monument nearby. And it was a flagpole that was quite important to one bus driver looking to make a difference.

Long before there was a Metropolitan Transportation Authority, and before buses took on the familiar blue and white color scheme, there were simply city buses. And these buses were green and yellow. Getting to know drivers was much more important way back when, and in the early 1950s, it seemed everyone knew “Scotty.”

That was the nickname for the Scotland-born Eric Langfier, who drove a bus nearly every day past the Riverdale Monument. Here was this massive stone bell tower recognizing every single man in uniform to fight the “Great War,” but there was no flag flying above it. Scotty decided to do something about it, and that’s where David Stein stepped in.

His Riverdale Press was just a few years old at that point, already evolving significantly from its humble origins as a fundraising newsletter for the Riverdale Neighborhood House. Scotty knew a lot of people — especially Stein’s sons Buddy and Richie, whom he regularly picked up and drove to school. There should be a flag there, Stein concluded, and The Press was going to make sure it happened.

In Spring 1955, the campaign began to raise $220 to construct a flagpole near the Monument. Stein published 48 stars — the number of states in the union at the time — with each one representing $5. The campaign was so popular, everyone was giving, and some wanted to bankroll the entire cost — the equivalent of a little more than $2,000 today — on their own.

Stein slowed it all down, however, to the point of asking people to donate change rather than full bills. This wasn’t a project for just a few people with deep pockets he surmised — it was something for the whole community to participate in.

After “several hundred” donations, the flagpole was unveiled on May 22, 1955. On-hand were members of the William E. Irwin Post of the American Legion, U.S. Rep. Paul Fino, and Scotty himself, raising the first American flag up the pole.

The efforts of that time were commemorated on a small plaque still found on the pole today, announcing that it was “erected by the residents of the Riverdale community through popular subscription.” It’s that plaque that convinced Richard Feldman, a longtime resident and local community activist, that this wasn’t just any old flagpole. This was a symbol for the community.

“Can you imagine when people drive up Riverdale Avenue, they see this flag, they see this monument, and right away, you feel connected,” Feldman said on a recent visit to the site.

Feldman, who mans a table at The Riverdale Y Sunday Market, raised about $500 for the flagpole last year, intended to be starting capital to restore this piece of history. The problem is, no one wants to take his money.

Bell Tower Park, where the Monument sits, has been part of the city’s parks department since 1938, when the Dwight James Baum-designed tower was moved some 700 feet south to make way for the Henry Hudson Parkway. The flagpole, however, is not on parks land — it’s on land controlled by the city’s transportation department. And restoring old flagpoles likely isn’t high on their to-do list.

“DOT does not install or maintain flagpoles,” a department spokesperson said in a statement to The Press. “If we find an entity willing to maintain the flagpole at this location, we are open to further discussions.”

That creates a bit of a quandary for Feldman. It will obviously take more than $500 to restore the flagpole, but even if more money was raised, how would it be spent? Who would restore the pole? Who would raise the flag each morning?

Those are questions Feldman is still seeking answers for, but in the meantime, he’s still working on just making people aware the flagpole even exists, and the connection it has to Riverdale’s past.

Just down the road, Riverdale/Kingsbridge Academy bears the name of the newspaper founder who helped make the flagpole a reality in the first place. Feldman wonders when students there learn about history, if they learn about what exactly the Riverdale Monument represents.

“This generation of students in (M.S./H.S.) 141 are seeing the Monument, but they’re not understanding that (many of) those people died,” the retired school teacher said. “We need to draw that conversation out of them. The context of the memorial is only real, it’s only alive today, when it’s in the context of the flag that they died for. That symbolism is the joint sense that this is a memorial, that builds that sense of connection for our children with what is true patriotism.”

And it’s something Scotty would want. No schools — not even a street — were named for him despite his initial idea to erect a flagpole at the Monument. In fact, little is known about what happened to Scotty after he raised the flag above Riverdale more than 64 years ago. An Eric Langfier who once lived in Yonkers eventually retired to Florida where, according to the Miami Herald, he died in 1986, living a full life of 82 years.