Scintillating works you can sink your teeth into 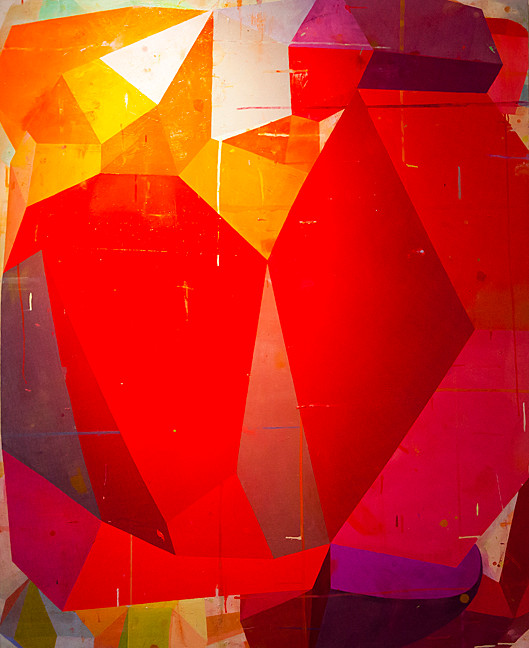 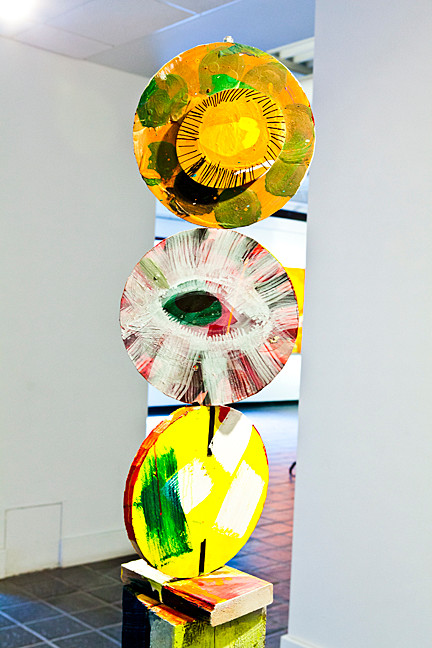 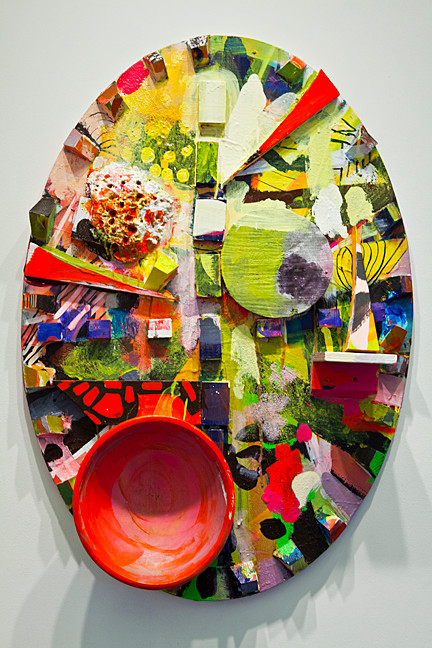 “Lexi said, ‘I just want an exhibit of big, fat and juicy paintings.’ And I looked at her and said, ‘That’s going to be the name,” recalls the center’s executive director Lynn Honeysett.

In their search for paintings that lived up to the exhibit’s name, the curators sought out large-scale abstractions that pushed the boundaries of what the physical act of painting could be. The exhibit showcases works by four female artists who use lush colors, broad but definitive brush strokes and ebullient textures in their works.

Brooklyn-based artist Dorothy Robinson has the largest piece in the show, an abstract rural landscape that began as two separate paintings. Over time, however, the artist merged the two images.

“She doesn’t have a plan when she starts — it’s more like a mood,” said Ms. Rutsch Brock.

Ms. Robinson’s vistas twist and turn to evoke a sense of turbulence within the viewer.

“I view the painting process as a portal to my interior life and responses to environmental and global events,” she explained in her artist’s statement. “It has evolved out of a deep fascination with the metaphor of landscape and the expressive possibilities of oil paint.”

In Craton, a 2013 oil-on-canvas work, a ship bursts from the edge of the painting into a neon orange sea.

“You can hear it, it’s bubbling,” Ms. Rutsch Brock said of the vivid piece.

It is “about running towards what you are scared of — because that’s where the important stuff is,” she declared in her statement.

Much of her work is pieced together with wood found on beaches along with various everyday items. For instance, the 2013 work Shield includes a painted salad bowl.