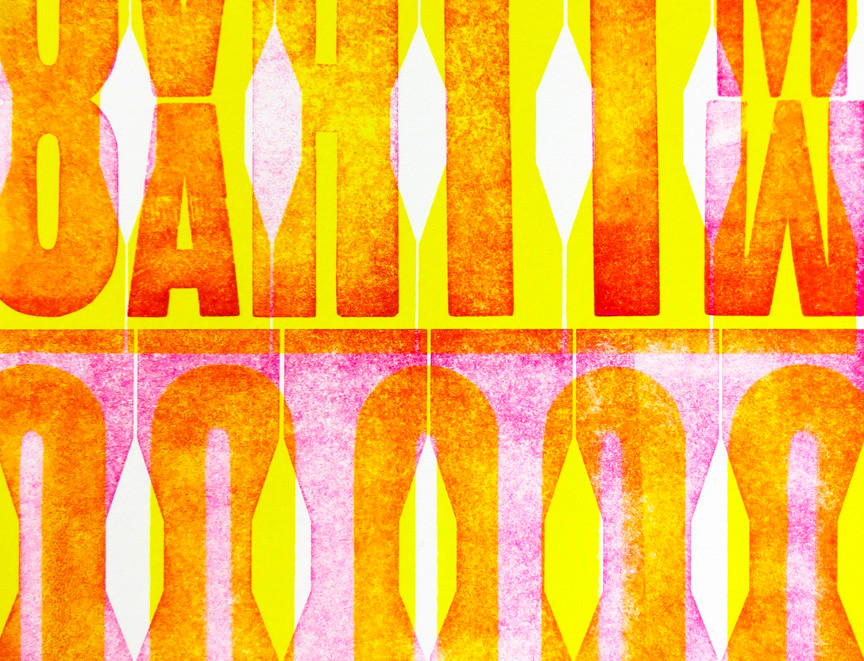 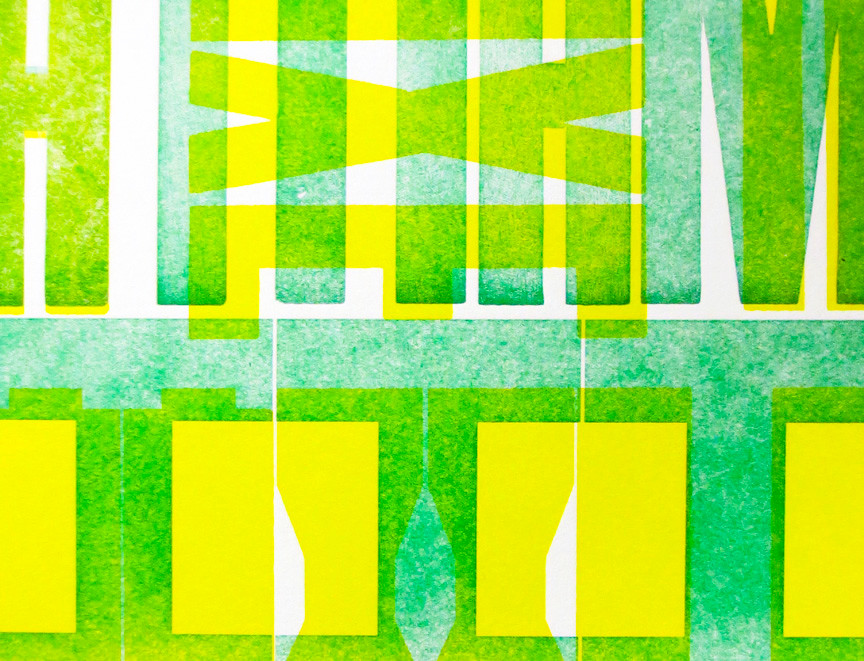 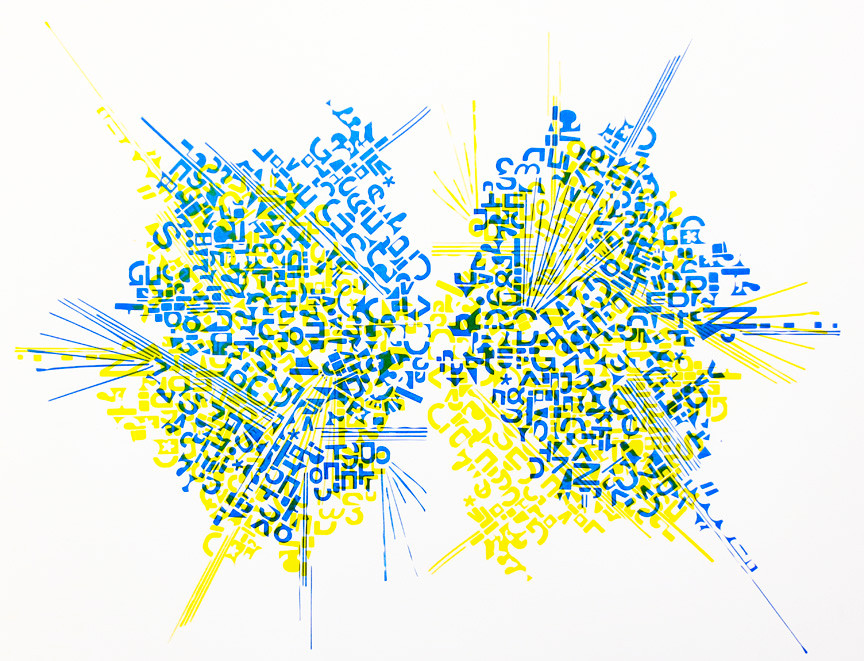 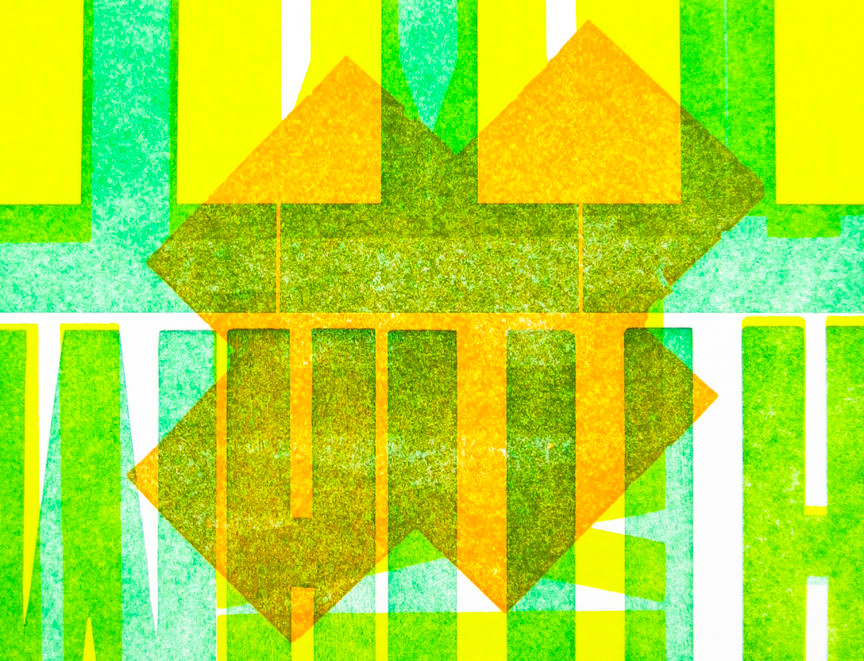 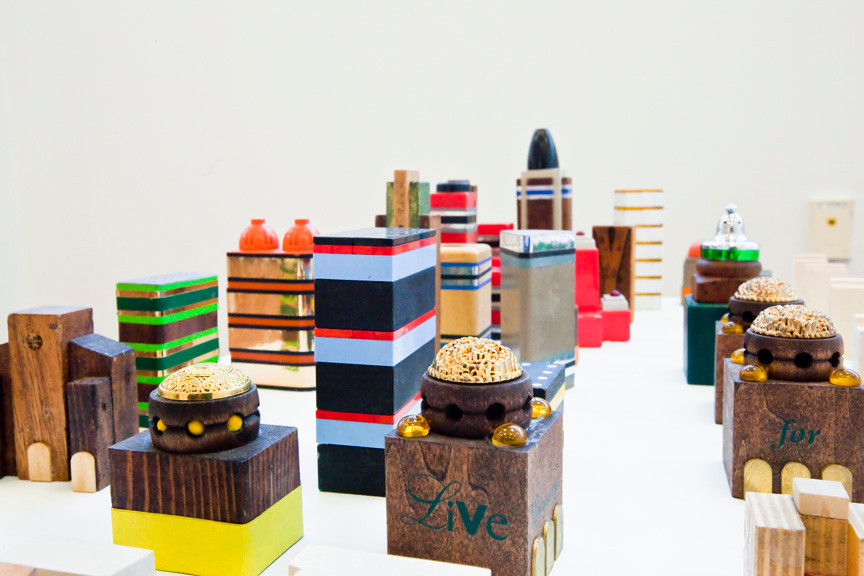 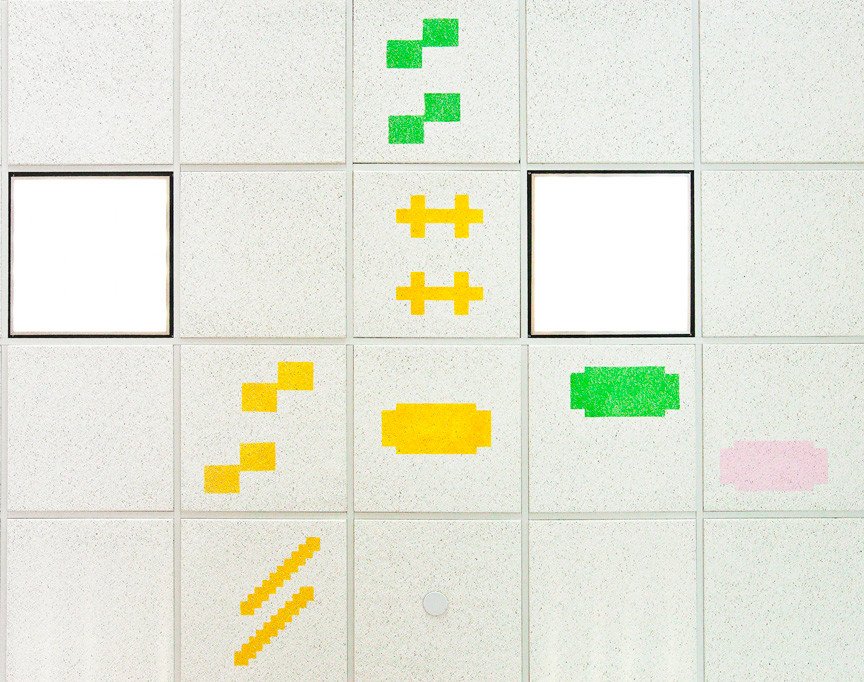 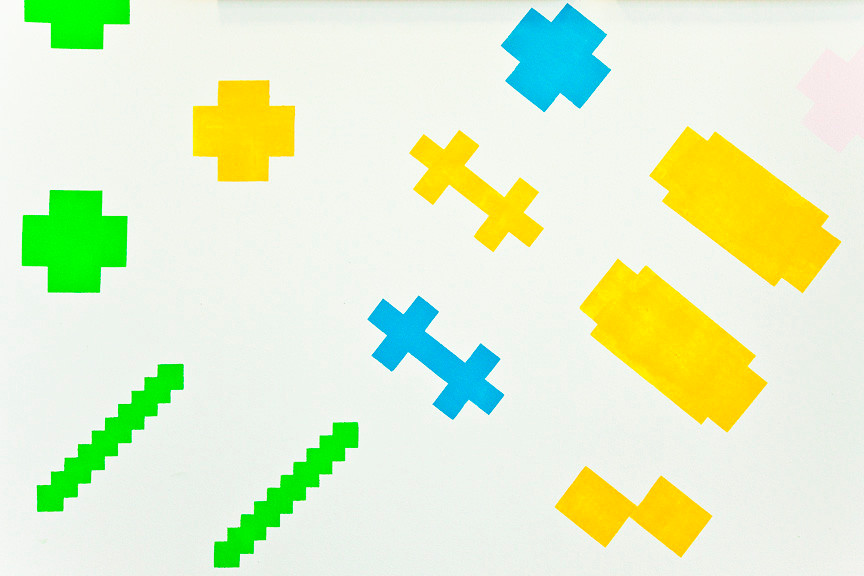 A series of sculptures, prints and other works at Casita Maria in the south Bronx gives a new meaning to the phrase Alphabet City.

Elizabeth Hamby’s current show depicts buildings and other city structures as letters to create a new lexicon about New York. Her show, itself called Alphabet City, covers the walls, ceiling and other parts of the gallery.

“It’s a way to experience all of the relationships between the prints, shapes on the wall and outside the windows,” Ms. Hamby said.

In two of her pieces, the artists uses an aerial view of public housing buildings to show they are shaped like the letter h. The result is a whimsical new take on a familiar part of the cityscape.

Ms. Hamby also painted alphabet shapes in bright pink, yellow and green on the walls of the exhibition. She said she wanted to play on the urban planning practice of color-coding maps and plans to identify different kinds of buildings.

“I wanted to create a really fun environment in the space,” Ms. Hamby added. “The people who are going to see the work the most are kids, and I wanted it to be a fun, exciting space to be in.”

The artist’s inspiration came from her senior thesis advisor at Parsons The New School for Design, who suggested Ms. Hamby study urban planning.

“I spent time hand rendering maps and graphics of cities and I got to know the shapes of buildings in an intimate way,” Ms. Hamby said. “The city is like a whole alphabet that you have to learn.”

In addition to her visual art, Ms. Hamby leads Boogie Down Rides in the Bronx, in which she takes people on bike trips throughout the borough and asks them to imagine they are part of a performance.

“You think of architecture as [something] either you’re in or out of. But it’s always something you would never see as a language that you work with every day and see every day,” she said.

Casita Maria has provided social services, community outreach and creative forums for the past 80 years. It began by working with mostly migrant Hispanic families in East Harlem, and moved to the south Bronx in 1961.

Ms. Hamby’s show at Casita Maria, located at 928 Simpson St., runs until Wednesday, July 9. Admission is free. Ms. Hamby will host a special lab on Thursday, June 5 at 4 p.m. and an artist talk on Wednesday, July 9 at 6 p.m.