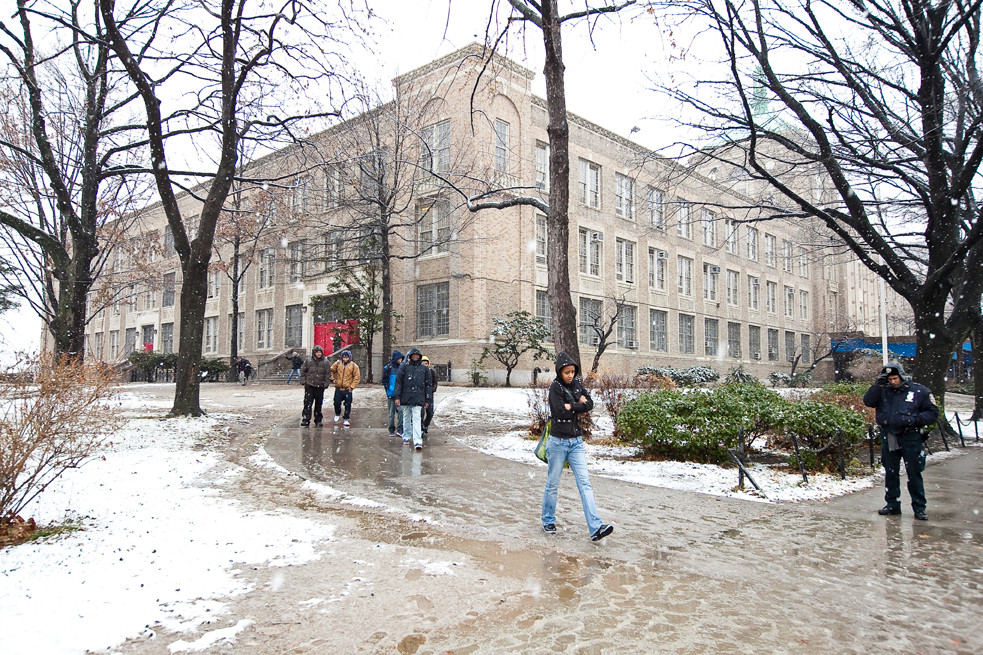 The Department of Education warned the 3,720-student body Monday that Clinton may be closed or drastically altered after it received its second consecutive “F” on the annual school Progress Report.

A decade of declining graduation rates, Clinton falling within the 5 percent of lowest performing high schools statewide and ongoing safety concerns have prompted the department to flag Clinton for “early engagement.” Over the next few weeks, the department will craft a plan to improve Clinton which may include changing the school’s leadership and providing staff with more training, grants and other support or ending Clinton’s tenure by phasing it out or breaking the campus up into smaller schools.

Since Clinton Principal Geraldine Ambrosio intends to retire, United Federation of Teachers chapter leader Alan Ettman says he hopes the department will opt to try out a new administration. Ms. Ambrosio did not return calls for comment.

Although the DOE describes Clinton as a dangerous school that failed to improve despite city support, students and the teachers union say the department sabotaged the school by dumping more difficult students at Clinton without offering it more resources.

Last summer, 50 percent of students graduated from Clinton within four years. The DOE said 59 percent of students reported feeling safe in the hallways, bathrooms and locker rooms at Clinton on 2012 surveys. Over the past few years, the DOE says it has helped Ms. Ambrosio cultivate leadership skills, given teachers feedback and training, helped reorganize the school and cleaned up its atmosphere. Still, the department argues the community can do better.

“We understand that families and staff members of DeWitt Clinton believe in the school’s potential and we know that this message is a difficult one. At the same time, we hope you share our view that we can –– and must –– do better for our students… We must ensure our students don’t fall further behind,” the Department wrote in a letter to Clinton families.