Bailey Ave church to be reduced to rubble 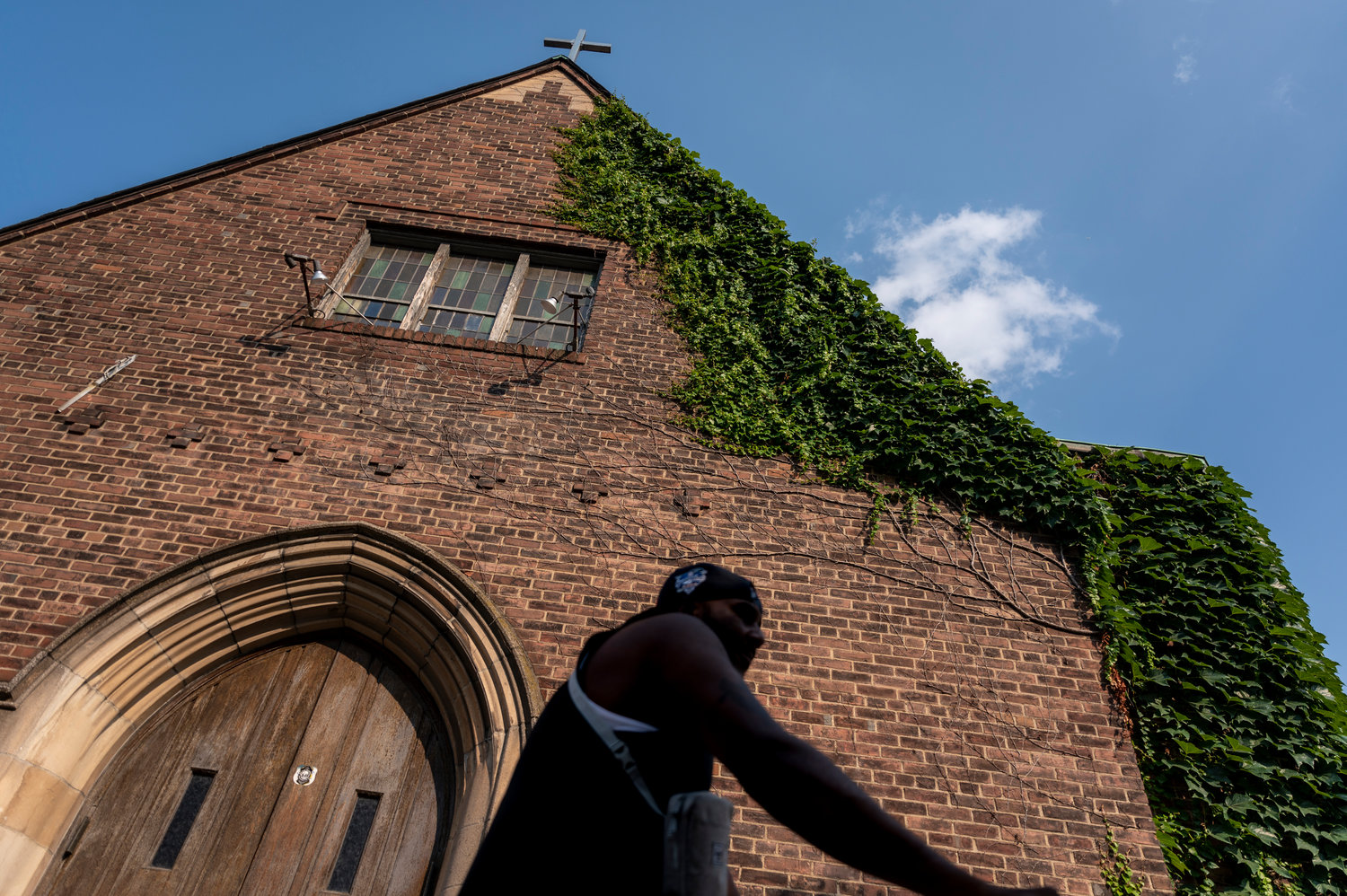 It’s been a while since any congregation has met inside the 3130 Bailey Ave., sanctuary of the Kingsbridge Evangelical Lutheran Church, and it looks like none will ever meet there again. The Evangelical Lutheran Church in America’s New York synod has taken control of the property, and are set to raze this and neighboring buildings in the hopes of selling the property for $1.2 million.
HIRAM ALEJANDRO DURÃN 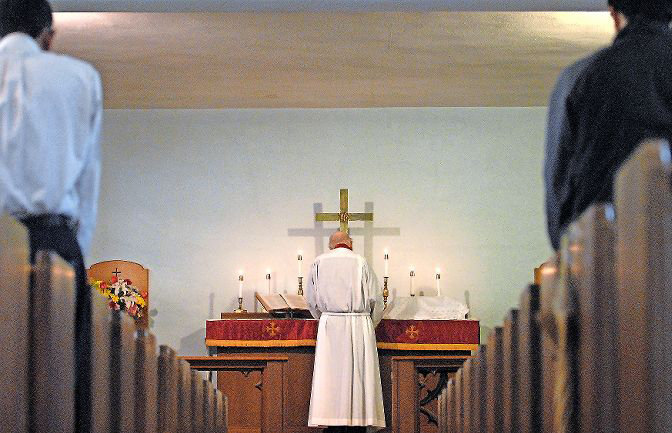 Although it once had so many congregants it required two Sunday services to accommodate them all, attendance at Kingsbridge Evangelical Lutheran Church on Bailey Avenue had dropped drastically by the late 2000s. The church has now closed, and the sanctuary along with surrounding buildings will be razed ahead of a potential $1.2 million sale.
JOSHUA BRIGHT / File
Previous Next

There had been a time when Kingsbridge Evangelical Lutheran Church had so many people looking to visit their 3130 Bailey Ave., sanctuary on a Sunday morning, they needed two separate services to accommodate them all.

But by the time a Riverdale Press reporter visited in 2008, those numbers had shrunk to just over a dozen people.

Today, it’s zero. The Kingsbridge church closed its doors for the last time just as the coronavirus pandemic hit last year, and barring any objections from city officials, the strip along Bailey the church once called its own will be reduced to nothing more than a bunch of empty lots.

But former church president John Linins says you can’t blame him — or any of the parishioners that stayed until the end. Instead, it was a decision of the Metropolitan New York Synod, and their decision alone.

“They’re a bunch of thieves, and I don’t think I’m slandering them,” Linins said of the synod. “But they took what wasn’t theirs.”

The synod is part of the larger Evangelical Lutheran Church in America, the nation’s largest Lutheran denomination, which formed by the 1988 merger of three smaller Lutheran church groups.

The Kingsbridge church was originally part of the American Lutheran Church, which boasted more than 2.2 million members nationwide just before the merger. Some individual congregations weren’t keen about becoming the largest Lutheran denomination in the country, so they bowed out of the merger, forming the much smaller American Association of Lutheran Churches.

While the Kingsbridge church considered making that move at the time, Linins said, the congregation instead opted to join the ELCA. And for the most part, despite dwindling church attendance, that association was a positive one.

That is until around 2009 when the New York synod decided it needed to close 50 locations. The Kingsbridge church avoided the ax, Linins believes, because they had never asked the synod for any financial help.

“If you ask for money, it’s like organized crime,” Linins said. “You got to pay it back. And the trouble is, I didn’t want to fall into that trap.”

Plus, Linins believed congregations would get a vote if they faced being shuttered. So when the synod told the Kingsbridge church in 2015 that its doors would be closed, Linins instead chose to fight.

Linins and then-pastor Lloyd Berg argued the synod had no authority over the Bailey Avenue property and a parsonage just off Sedgwick Avenue because the Kingsbridge church had voted to leave the ELCA. But a New York County Supreme Court judge last year ruled in favor of the synod, forcing the Kingsbridge church to relinquish its rights to property at 3130 Bailey, 3132 Bailey and 3134 Bailey avenues, as well as the home at 3420 Giles Place.

That deed transfer was made official last March, and the synod applied for complete demolition of all the Bailey Avenue properties this past June.

The synod refused to comment on its plans for the Kingsbridge sites, but decided last October to put all of the properties — including the parsonage — on the sales block, according to minutes of that meeting. All but one of the voting synod members voted in favor of the sale, but the minutes did not reveal who was opposed.

The Bailey Avenue property has since been listed for $1.175 million, while the Giles Place single-family home is on the market at $900,000, according to published reports.

Linins remains upset about the court loss, but admits there seems to be little else he can do outside of a Hail Mary with the state attorney general’s office.

The church property also was home to a couple other congregations who would rent the space and hold services as well — a non-denominational church, and a Spanish-speaking Seventh-day Adventist congregation.

While Linins believes both of these separate congregations would return to the sanctuary if he could win it back, it’s not clear about his own congregation. Once the doors closed, the remaining members scattered, he said. Even worse, Pastor Berg, 89, died this past April in his Staten Island home.

During his time with the Kingsbridge church, Berg preferred to follow a more traditional form of Mass that had been used by Lutherans for centuries, according to the 2008 Press story. There also were alternating hymns and liturgies, Holy Communion celebrated monthly, and a “strong emphasis on grace, salvation, forgiveness, and most importantly, loving God and one another.”

Linins, however, struggles with how shuttering smaller congregations like his can bring the synod closer to God, especially since it shuts the door on those who fought hard to keep the Bailey Avenue church open. And while he has some hope he can reclaim his old church, Linins admits it will likely take a miracle to make it happen.

“When the Bible says the love of money leads to all kinds of evil, God wasn’t kidding when he wrote that, because that’s exactly what this is,” Linins said. “These people are greedy, greedy, greedy. They’re just greedy. And the rest of us have to suffer because of it.”