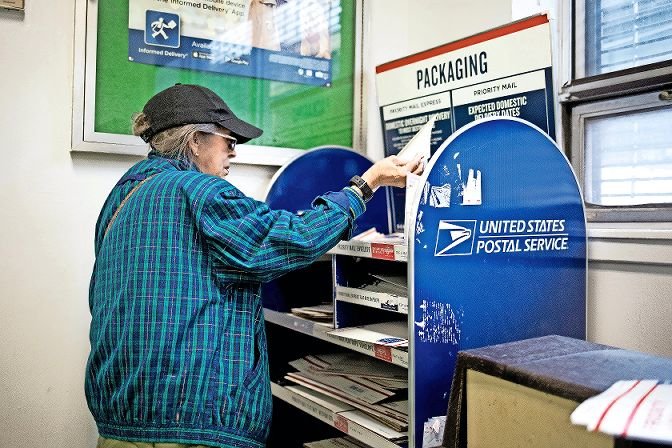 The Kingsbridge post office is one of thousands of U.S. Postal Service offices struggling with slow mail delivery throughout the coronavirus pandemic. Louis DeJoy, Trump’s appointed postmaster general, has removed blue mailboxes and mail sorting machines throughout the country, prompting worry about November’s election from many — and a lawsuit from state Sen. Alessandra Biaggi.
JULIUS CONSTANTINE MOTAL / File 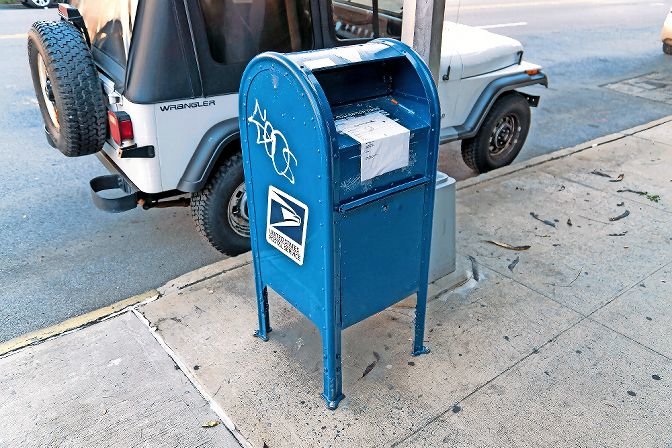 Hundreds of blue U.S. Postal Service drop-off boxes have reportedly been removed by new postmaster general Louis DeJoy, prompting worry the November presidential election — which will be heavily conducted by mail because of the ongoing coronavirus pandemic — will be impacted. Some of those blue boxes were removed from the Bronx in 2017, long before DeJoy’s arrival.
JULIUS CONSTANTINE MOTAL / File 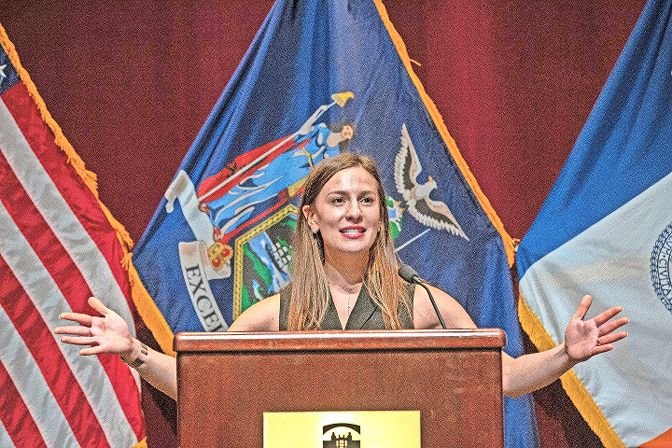 State Sen. Alessandra Biaggi is one of 16 plaintiffs in a lawsuit against President Donald Trump and new postmaster general Louis DeJoy. The suit alleges the duo’s changes to the U.S. Postal Service are intentionally damaging the November presidential election, which is expected to be heavily vote-by-mail as the country continues to deal with the coronavirus pandemic.
EIAN KANTOR / File 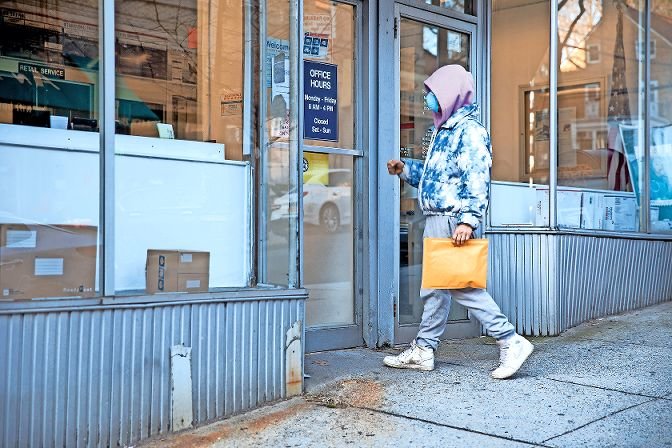 Bronxites faced slow mail delivery and shuttered offices throughout the coronavirus pandemic, but now they might be facing a bigger issue: The head of U.S. Postal Service, Louis DeJoy, has implemented changes many — including state Sen. Alessandra Biaggi — fear will impact November’s presidential election.
JULIUS CONSTANTINE MOTAL / File
Previous Next
By KIRSTYN BRENDLEN

When postal delivery grinded to a halt during the early days of the coronavirus pandemic, many customers with empty mailboxes were quick to forgive, since the virus was keeping many workers home.

Still, it was tough to manage. Post offices closed at odd hours, and for those waiting at home or at their business, mail arrived days late, if at all. When post offices were open, they often were short staffed, subject to long lines and limited service.

Mail has slowed down almost to a stop once again, and this time the country might not be able to blame COVID-19. Instead many — especially those leaning to the Democratic side of the aisle — believe service problems boil down to one person: Louis DeJoy, the new postmaster general.

A longtime ally of President Trump, DeJoy took over in mid-June what was supposed to be a self-funding federal service, but instead was one already struggling with funding and slow delivery. DeJoy quickly announced service changes and cutbacks, saying that they were necessary to bring the post office back into the black.

Cutting funding to what is often the cheapest and most relied-upon mail services in the country was troubling enough, but concerns grew even more so as the country prepares for the November election — an election that will rely heavily on mail-in ballots in an attempt to prevent the spread of the coronavirus that causes COVID-19.

Fighting back against the changes, at least 20 states and the District of Columbia have filed suit against USPS and DeJoy. Another lawsuit, filed jointly by 16 plaintiffs — including state Sen. Alessandra Biaggi — was filed against DeJoy and Trump on Aug. 17.

The suit alleges Trump and DeJoy have “set about to ensure USPS cannot reliably deliver election mail,” and says states can’t — and should not — ignore the problem.

Days earlier, USPS told many states it was not equipped to handle the crush of last-minute absentee ballots expected to filter through its network, urging voters to request and return their ballots early to allow for longer delivery times.

Some Democrats have accused Trump of using the DeJoy appointment to deliberately undermine the postal service, making it more difficult for voters to cast their ballots by mail. Trump has called mail-in voting prone to fraud, although he has not provided any evidence to support the claim.

Instead, Democrats believe a larger voter turnout will play in their favor in an important election year — and say Trump’s efforts to throttle the USPS shows he believes the same thing.

“We’re months away from a general election, a general presidential election, during a pandemic,” Biaggi said. “And so, sitting idly by while the president and the postmaster general are undermining the post office was not something I could do. Especially because millions of Americans are expected to vote by mail.”

Many of those issues could have been avoided, the senator said, and those same issues will be present again come November — and likely exacerbated, as presidential elections usually have higher turnout than primaries.

“The essential nature of this is that the Supreme Court, in several cases, has basically ruled that an attempt to undermine the post office, or the postal service, as it relates to speech and freedom of speech — so voting is a form of speech — is unconstitutional,” Biaggi said. “So that was, to me, one of the clearest complaints that was put forward.”

Since the lawsuit was filed, DeJoy has appeared to walk back some changes to the postal service, saying in a statement that none of what he was doing — the removal of mailboxes and shutting down large numbers of sorting machines — was intended to impact the election. Just in case, DeJoy added, he would hold off on making those changes until after the election was over.

Operating hours at post offices would not change or shorten, mail processing equipment and blue mailboxes would not be removed, and overtime — which had been reportedly stripped from postal workers — would be restored, as needed.

“The postal service is ready today to handle whatever volume of election mail it receives this fall,” DeJoy said, according to reports.

Walking back the changes wasn’t enough, however, and the lawsuit Biaggi says she’s filed with the likes of likely congressman-to-be Mondaire Jones and Assemblyman-to-be Chris Burdick, will move forward.

During a hearing before the U.S. Senate Homeland Security and Governmental Affairs Committee on Aug. 21, DeJoy said he had “no intention” of bringing the mail sorting machines back in, and that they were “not needed.”

Biaggi wants DeJoy to announce which machines will be restored, and then see them be reinstalled. That would be a concrete step forward, she said, as it would be easy to physically see machines being reinstalled. Recent rules limiting routes or allowing mail carriers to leave without all their mail for the day also should be rolled back, she added, ensuring mail meant to be delivered in a day would actually get to its intended destination.

“This is a very deliberate attempt to really undermine our elections, at the end of the day,” Biaggi said. “We’ve never seen anything like this before, and the fact that it’s happening now is not a mistake. And we should not think that it is a mistake.”