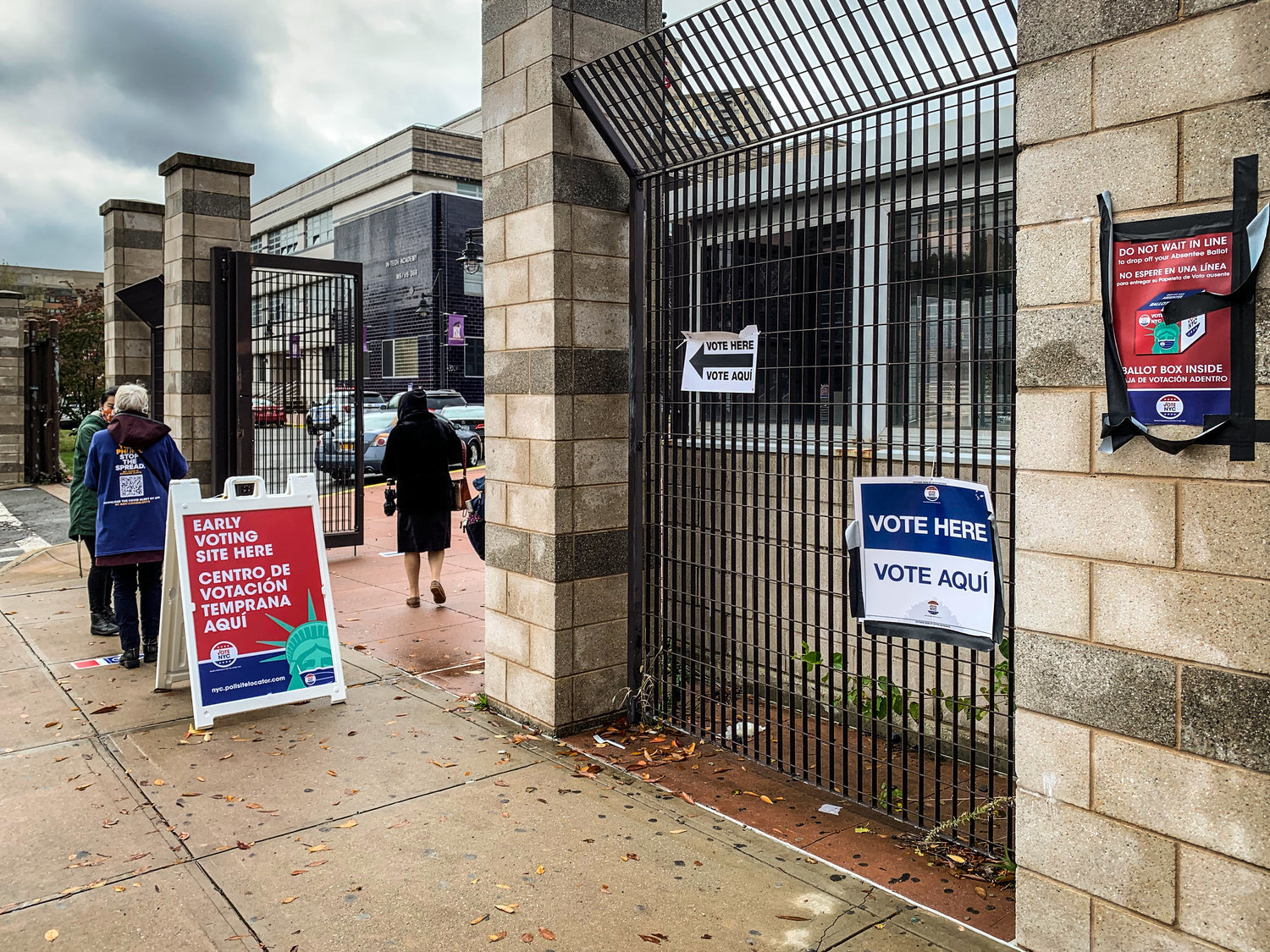 BronxNet and The Riverdale Press have partnered together to host a debate between the five current candidates seeking to replace Andrew Cohen on the city council. Hosted by Michael Hinman and Sonyi Lopez, it airs Feb. 2.
HIRAM ALEJANDRO DURAN / File
By STAFF REPORT

Now that Mayor Bill de Blasio has made the special election to replace Andrew Cohen on the council official, two Bronx-based media outlets are creating a forum allowing the five candidates a chance to debate.

And while you can read all about it in The Riverdale Press, you'll first have a chance to watch it all play out on television.

The Press is partnering with BronxNet to host the debate, set to debut on the cable channels — an online — Tuesday, Feb. 2 at 7 p.m. All five current candidates who have announced for the special election at this point — Carlton Berkley, Eric Dinowitz, Jessica Haller, Mino Lora, Dan Padernacht — have been invited to participate.

Riverdale Press editor Michael Hinman and BronxNet reporter Sonyi Lopez will moderate the 90-minute debate, which will be conducted Jan. 20 and aired two weeks later. The debate will take on a typical structure of timed answers and free-flowing dialogue, and will even feature some questions offered by community groups in the district.

The entire broadcast also will be subtitled in Spanish, to ensure as many voters are reached as possible in the district that includes not just Riverdale, Spuyten Duyvil and Kingsbridge, but also Norwood and Woodlawn.

Because of the ongoing coronavirus pandemic, candidates will answer questions from remote locations of their choosing, while Hinman and Lopez will sit in-studio at BronxNet's Lehman College campus.

Cohen resigned his council seat at the end of last year after winning election to the Bronx Supreme Court bench. Candidates in this race will serve the final year of his most recent term, with a primary race and general election set for later this year to see who will occupy the seat in 2022.

The debate will air Feb. 2 at 7 p.m., on BronxNet Optimum Channel 67 and FiOS Channel 2133. It also will be available on BronxNet.tv, and broadcast on Facebook Live through the social media accounts of both BronxNet and The Riverdale Press.