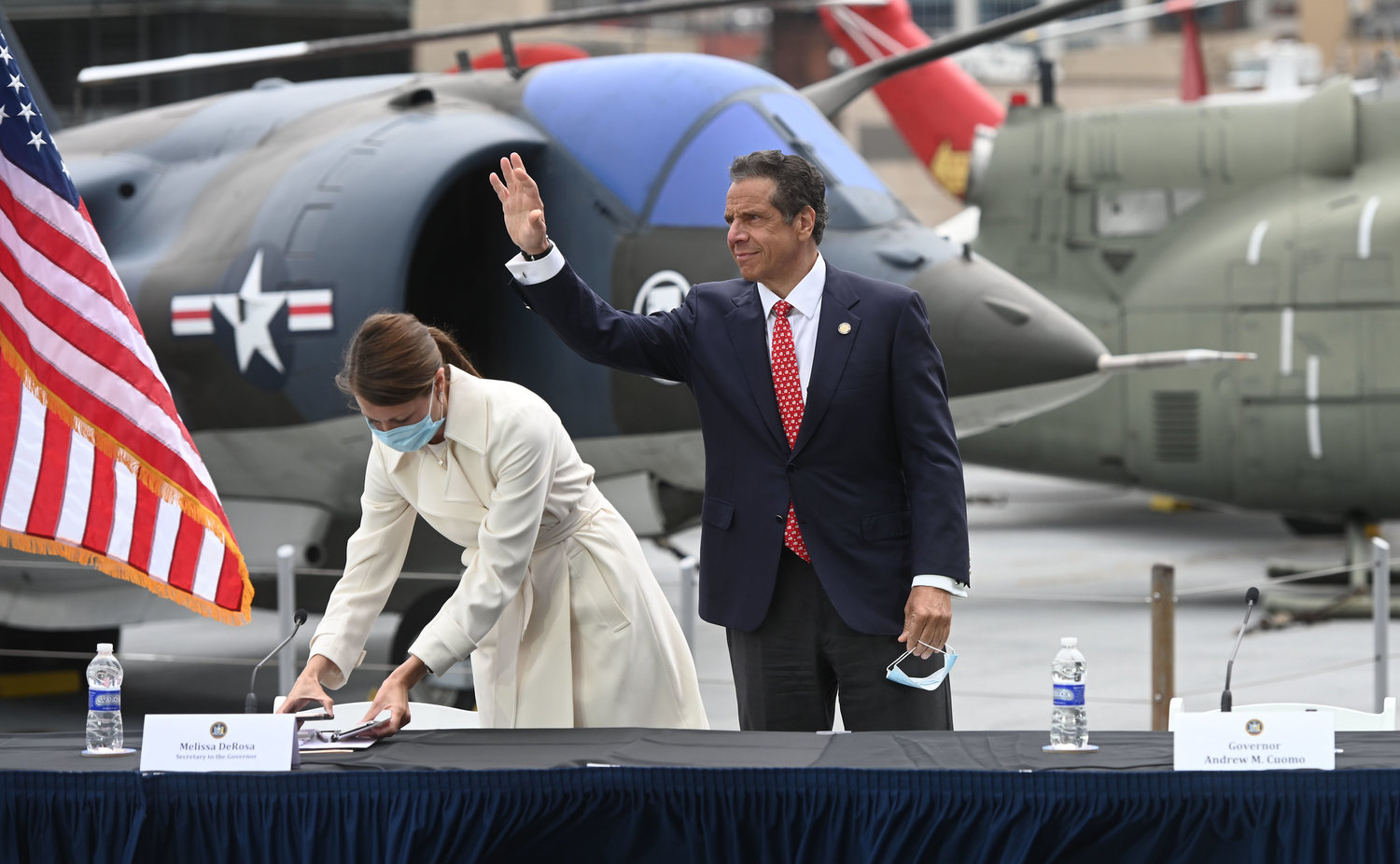 Where does New York City's power to govern itself end, and New York state's authority to tell the city what to do begin? That's a question that has come up more than once since the start of the coronavirus pandemic — and at times has put both Mayor Bill de Blasio and Gov. Andrew Cuomo at odds.

It seemed a lot of that tension had calmed down in recent weeks after Cuomo conceded schools would not open the remainder of the current academic year. But now, as New York City looks to be the last in line for a phased reopening of its economy, de Blasio and Cuomo are at odds again.

New York City's suburban counties in the Mid-Hudson region — including Westchester and Rockland counties — could begin the first phase of reopening as early as Tuesday, with Long Island not far behind. Both areas have achieved metric milestones laid out by Cuomo — like how many new hospitalizations are taking place, infection rates, ability to test, and hospital capacity — and were primarily waiting for their death rates to hit acceptable levels.

The Mid-Hudson region did that over the weekend, bringing its deaths down to five, while Long Island can achieve that level by Wednesday with 14 days of sustained declines in death rates.  Both areas would join the rest of upstate, most of which already are through half of its two-week first-phase reopening.

New York City is still waiting, however, despite a 42-day decline in net hospitalizations and a 37-day decline in hospital deaths — well beyond established milestones. What's holding the city back, however, are the number of hospital and intensive care unit beds available, although by Sunday, the city was just below the 30 percent threshold for both.

That could reopen New York City faster than even de Blasio had predicted, saying on Friday he expected the first phase to begin in the city during the first week of June, at the earliest. But if the city can free up some more beds, a first phase could start in a matter of days, well ahead even de Blasio's most optimistic projections.

Cuomo, talking to reporters on Monday from the USS Intrepid Sea, Air & Space Museum at Manhattan's Pier 86, said he no longer would commit to any dates until all the data was available.

"People can speculate, people can guess," Cuomo said. "'I think next week, I think two weeks, I think a month.' I am out of that business, because we all failed in that business."

The governor, of course, was referring to the different infection rate models that flooded the scene throughout the beginning of the pandemic, all of which showed far higher infection and death rates. While ultimately New York fell far short of those projections, Cuomo acknowledged that other variables could be involved, like social distancing measures, and the overall lockdown of the state.

"We watch the numbers," the governor said. "We prepare as the numbers drop, so when the numbers actually hit the thresholds, we're ready to go. We are in the midst of that with Long Island and the Mid-Hudson region, but I don't want to guess."

de Blasio says he's following the metrics as outlined by Cuomo, but has also offered a different perspective to the data in recent days, telling reporters there are more variables that should be considered, especially when talking about the complexities of New York City.

The mayor has condensed data into three primary categories, primarily involving hospitalizations, available ICU beds at public hospitals, and the percentage of New York City residents who are testing positive versus the number of people tested. At one point, in late March, that percentage was as high as 71 percent, according to de Blasio, but has remained below his threshold level of 15 percent since about May 9.

"We need to look at our definitions to see if it makes sense at this moment," de Blasio said. "We are going to always, always vary our approach based on new information, and the new realities we are all learning together."

Hospital admissions, of suspected COVID-19 cases, for example, are below cases the city saw in previous years of other serious respiratory diseases, de Blasio said. As of Friday, the city had 76 hospital admissions, well below the threshold he set of just under 200 — a level the city hasn't hit in more than a month.

On Monday, however, Cuomo appeared to dismiss the data de Blasio brought to the table, telling a reporter when asked about it that there was only one set of numbers in play, and it's those aggregated by the state.

"This is not 'pick your numbers' here," Cuomo said. "We have statewide criteria. They are the same all across the state. And we know where we are on each of the criteria each and every day. There is one set of numbers, and we all know the numbers."

Going into Memorial Day weekend, all but 14 counties had started the first phase of the statewide reopening. Half of those remaining counties are set to reopen as early as Tuesday or Wednesday, with Long Island's Nassau and Suffolk counties expected to follow soon after. That would only leave New York City's five counties as the last remaining region to start reopening.

Each phase of reopening will allow more and more businesses and other services to reopen. In the first phase, construction, manufacturing, wholesale trade and agriculture can reopen, as well as what had been considered "non-essential" retail offering curbside or in-store pickup or drop-off.

Two weeks later, assuming a region doesn't see a spike in any of the monitored coronavirus metrics, it can move on to the second phase like professional services, retail, administrative support, and real estate and leasing.

Two other phases follow, both separated by two weeks, that start with restaurant and food services reopening, and then arts and entertainment, as well as recreation and education.

Some of the regions already beginning reopening have experienced a small, but notable, uptick in some of its metrics, but Cuomo says it's too early to pin that uptick on reopening, saying it would take at least 10 days before such correlations could be drawn. Still, there is some expectation that as the state reopens, some of the coronavirus cases will go up.

"The numbers do bounce," Cuomo said. "And when we reopen, you can expect an uptick. I like to make the point that it is not necessarily predetermined that you will have an uptick. It is contingent on how people act and what they do."

That was something he and de Blasio could agree on.

"We want to move forward. We want to get to that first phase of the restart," the mayor said. "And to do that, we got to stay tight and stay disciplined with what we're doing."