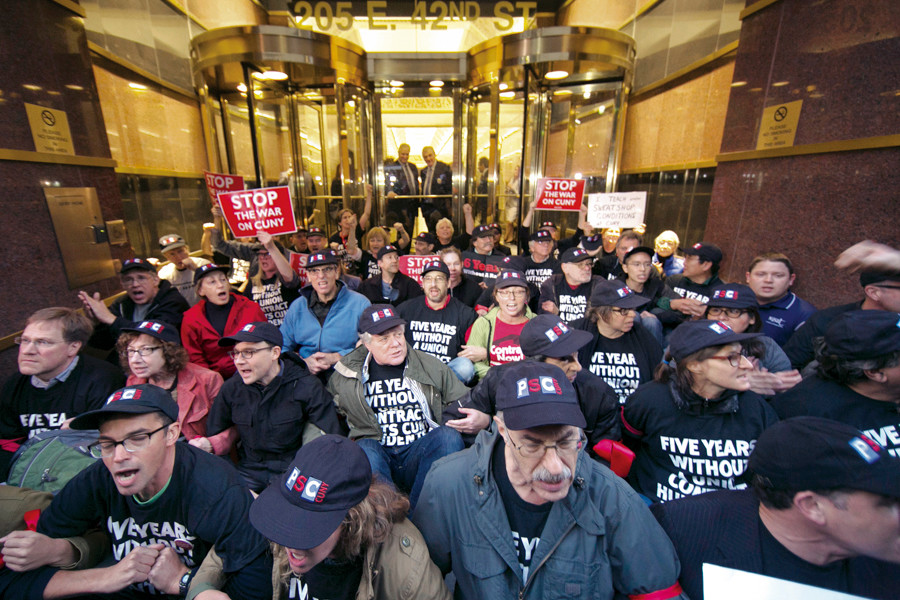 Protesters gathered in front of CUNY's midtown headquarters on Nov. 4 to advocate for a new union contract.
Photo by Dave Sanders 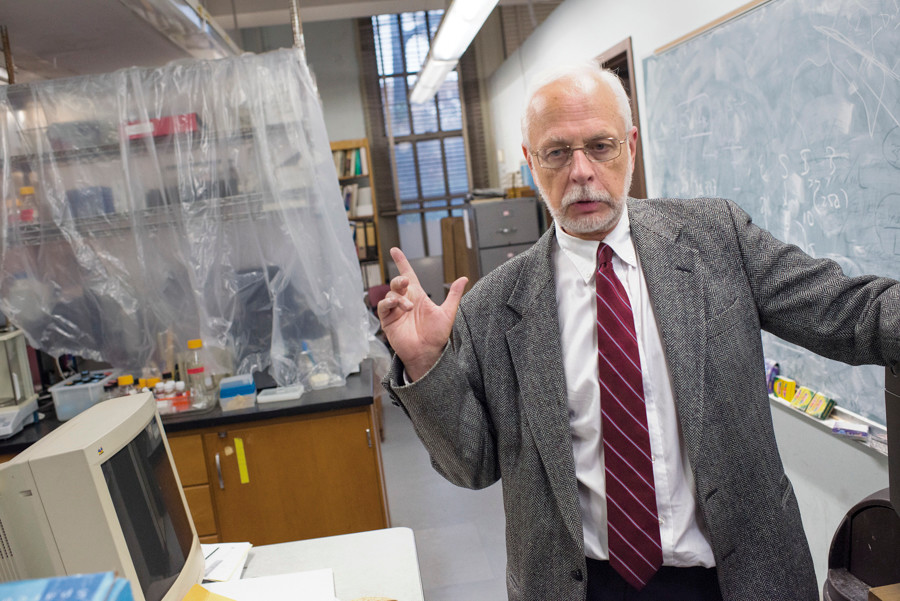 Professor Manfred Philipp from the Lehman College chemistry department speaks to reporters on Oct. 5 about the faculty protest movement for a new union contract.
Adrian Fussell / The Riverdale Press 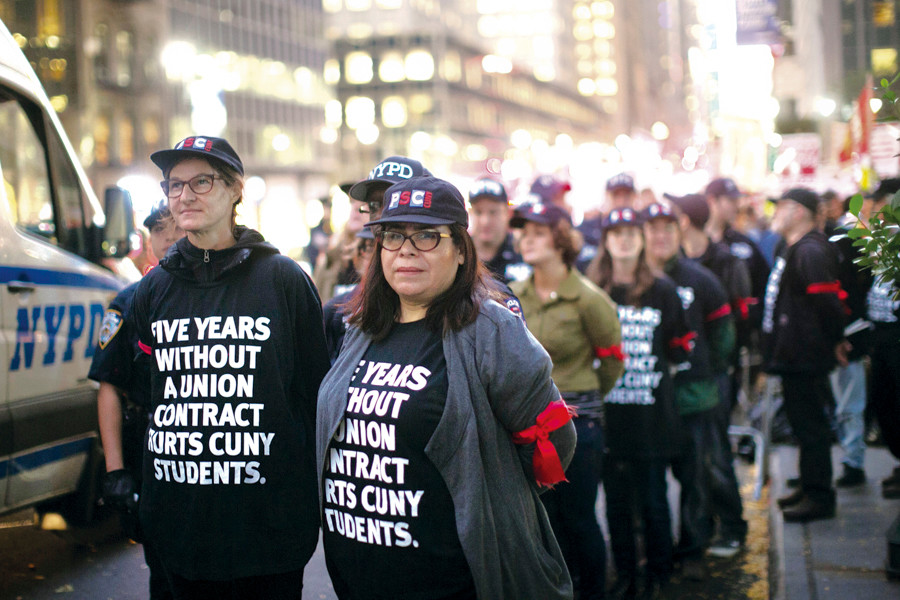 Protesters gathered in front of CUNY's midtown headquarters on Nov. 4 to advocate for a new union contract.
Photo by Dave Sanders
Previous Next
By Isabel Angell

For Robert Farrell, being an associate library professor at Lehman College of the City University of New York (CUNY) system is more than his job; it is his mission. But with no contract — or raise — for the past five years, Mr. Farrell said it is getting harder and harder for him and his colleagues to serve CUNY students, most of whom are minorities and come from families with lower incomes.

“I care deeply about New York City and New York State. I was going into librarianship, and CUNY seemed like the perfect place,” he explained. “You can see your work transform students lives on a daily basis.”

On Nov. 4, he and dozens of other CUNY faculty members were arrested for blocking the entrance to the CUNY administration building in Midtown Manhattan to protest the current negotiations between the university and the Professional Staff Congress (PSC), the union that represents CUNY faculty.

CUNY’s latest offer, dated Nov. 4, includes a 6-percent raise over the coming year. But Mr. Farrell said that would not cover cost of living increases since 2010.

“A lot of faculty are leaving the university because they can’t afford to live in New York,” he said. “That negatively impacts our students, because the university is not able to attract and retain the best faculty.”

CUNY maintains it has made a fair offer.

“This offer follows 20 bargaining sessions, numerous smaller committee meetings and ongoing discussions with State and City officials. The offer reflects CUNY’s current fiscal condition and its ability to fund a new contract for its faculty and staff,” read a statement on CUNY’s website. “The University looks forward to a successful resolution of contract negotiations and implementation of much-deserved increases for faculty and staff.”

In an e-mail, a spokeswoman for the administration also pointed to a recent survey that found most CUNY students are satisfied with the value of their education.

Mr. Farrell said he protested to send a message to CUNY’s leadership and Albany, where Gov. Andrew Cuomo has yet to sign a bill that would stabilize funding for CUNY and the State University of New York.