Governor issues pre-emptive state of emergency for all of NYC 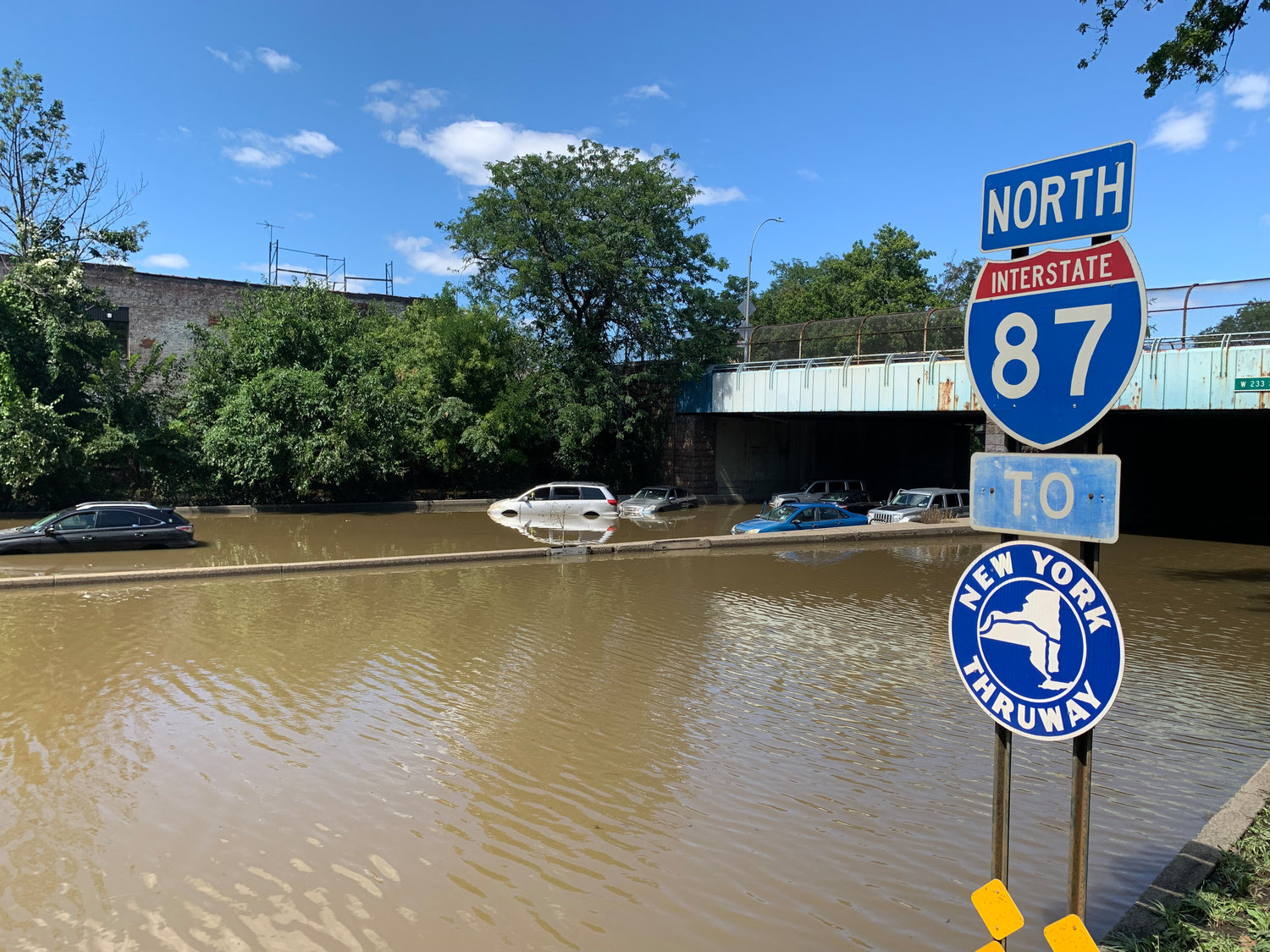 The last time flash flooding threatened this part of the Bronx last month, the Major Deegan Expressway was closed for at least a couple days — turned completely into a river.
MICHAEL HINMAN / File
STAFF REPORT

Gov. Kathy Hochul has declared a state of emergency for large portions of southern New York as fears grow there could be flash flooding from a storm system moving into the region.

Rain was starting to fall just after 9 p.m., on Monday in the Bronx when Hochul made the pre-emptive declaration. It covers at least 15 counties as well as all of New York City and Long Island. It comes as the National Weather Service issues a flash flood watch for nearly all of those areas with an anticipated rainfall topping 4 inches.

The state's Thruway Authority also will send out dump trucks, loaders and trailers as well as chainsaws, aerial trucks, and portable generators and lighting units.

That could be especially important for thoroughfares like the Major Deegan Expressway, which completed flooded through its Bronx stretch when more than 7 inches of rain from the remnants of Hurricane Ida fell in a few short hours last month, stranding hundreds of vehicles and completely shutting the highway down for a couple of days.

"I'm proactively declaring a state of emergency to ensure we can provide the necessary resources to respond to this storm and protect lives and property in regions where the forecast is calling for significant rainfall," Hochul said, in a release. "I am encouraging New Yorkers to prepare now for inclement weather expected over the coming days, and urging commuters to take precaution ahead of heavily rainfall expected tomorrow morning."

Anyone experiencing power outages should turn off or disconnect all major appliances and other electronics — like computers — in case of momentary power surges. They should also keep one light flipped on, to let them know when power is restored.

Keep refrigerators and freezer doors closed — which can usually maintain interior temperatures for a number of hours after power goes out.

The National Weather Service has issued a flash flood watch through Tuesday afternoon, and also warned of thunderstorms moving through the area Monday night.