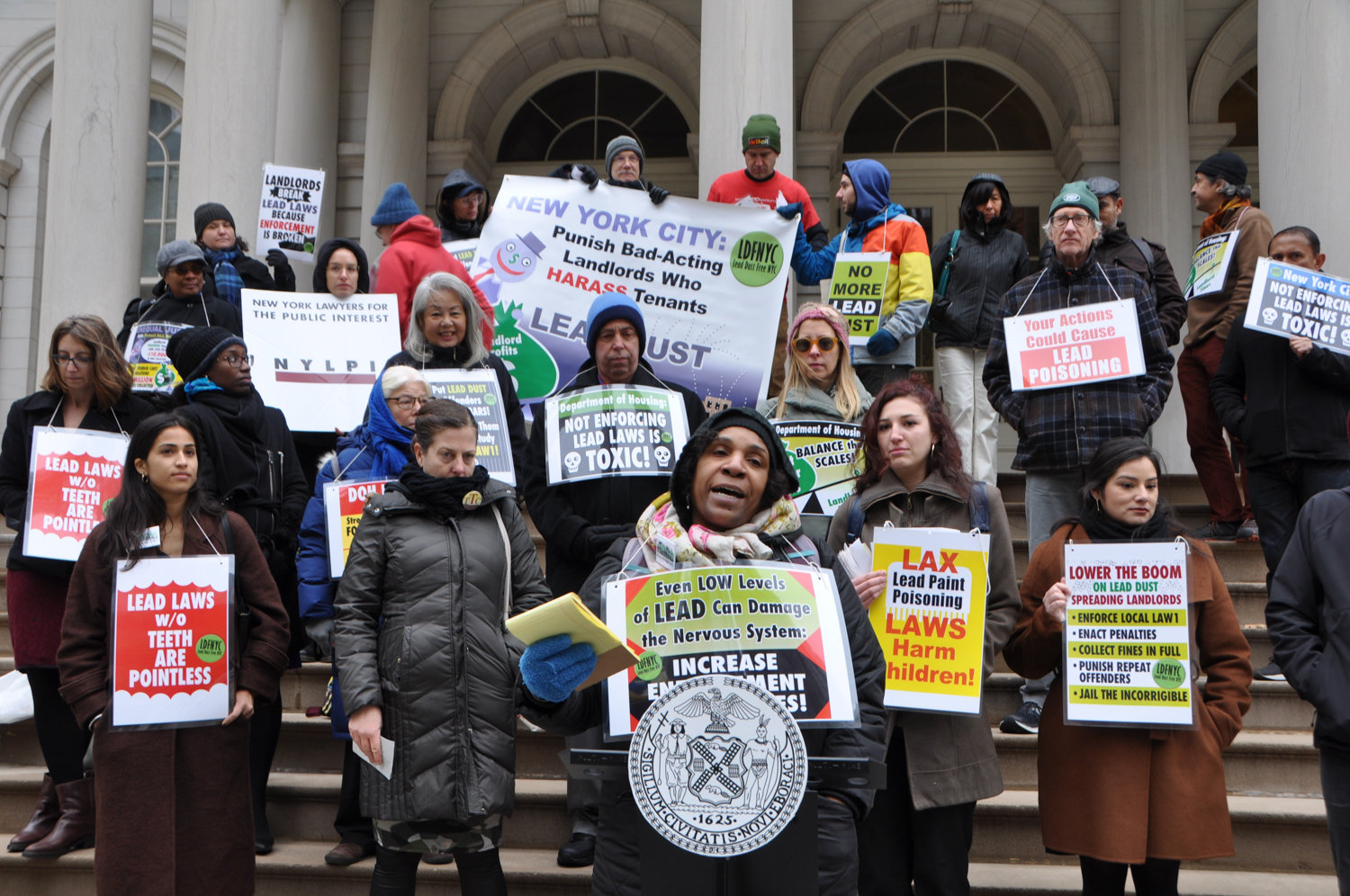 Tina Johnson, healthy homes organizer for We Act for Environmental Justice, speaks at a November rally calling for more protections for tenants exposed to lead dust. NYCHA has yet to test all of its facilities for lead.
Courtesy of We Act for Environme 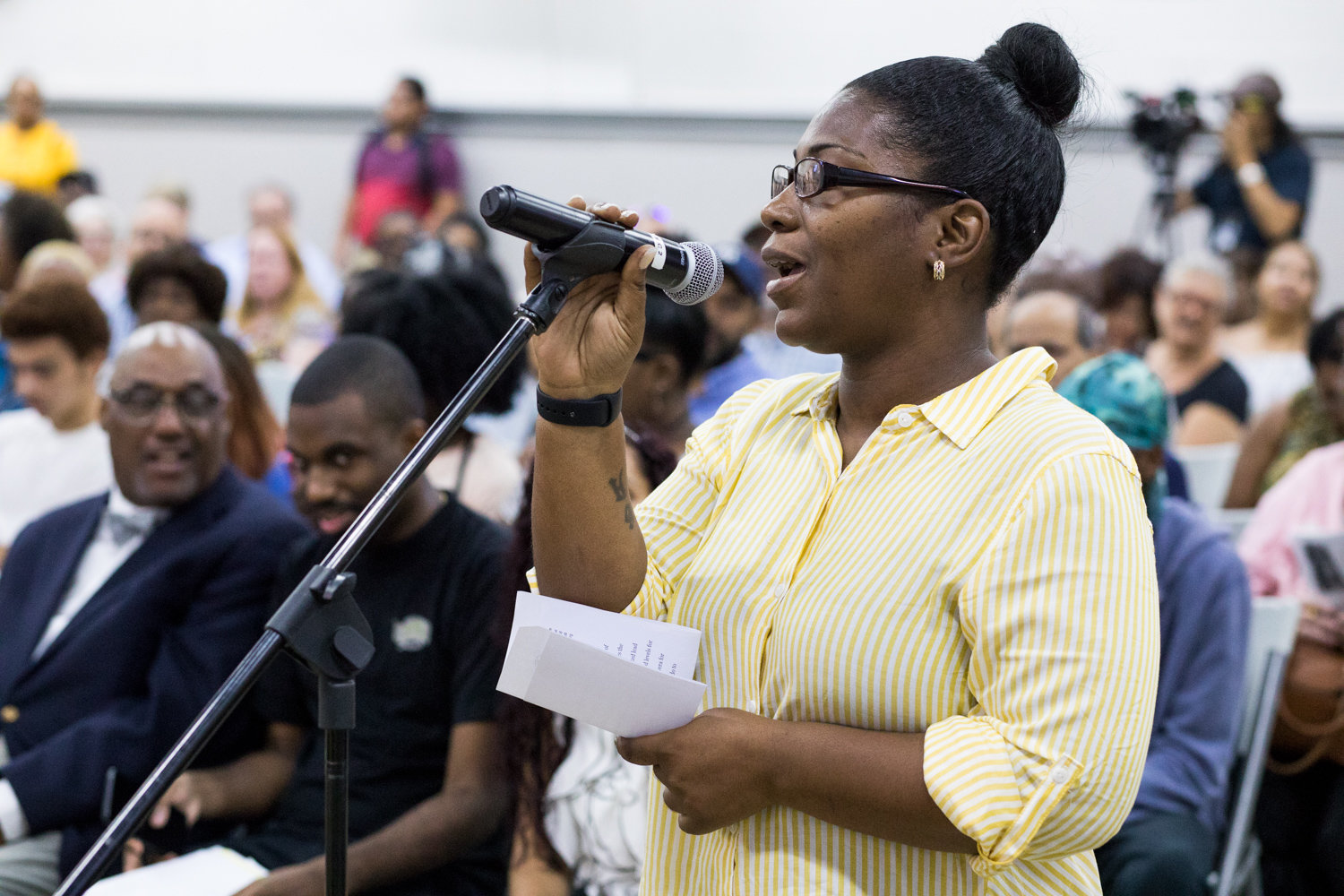 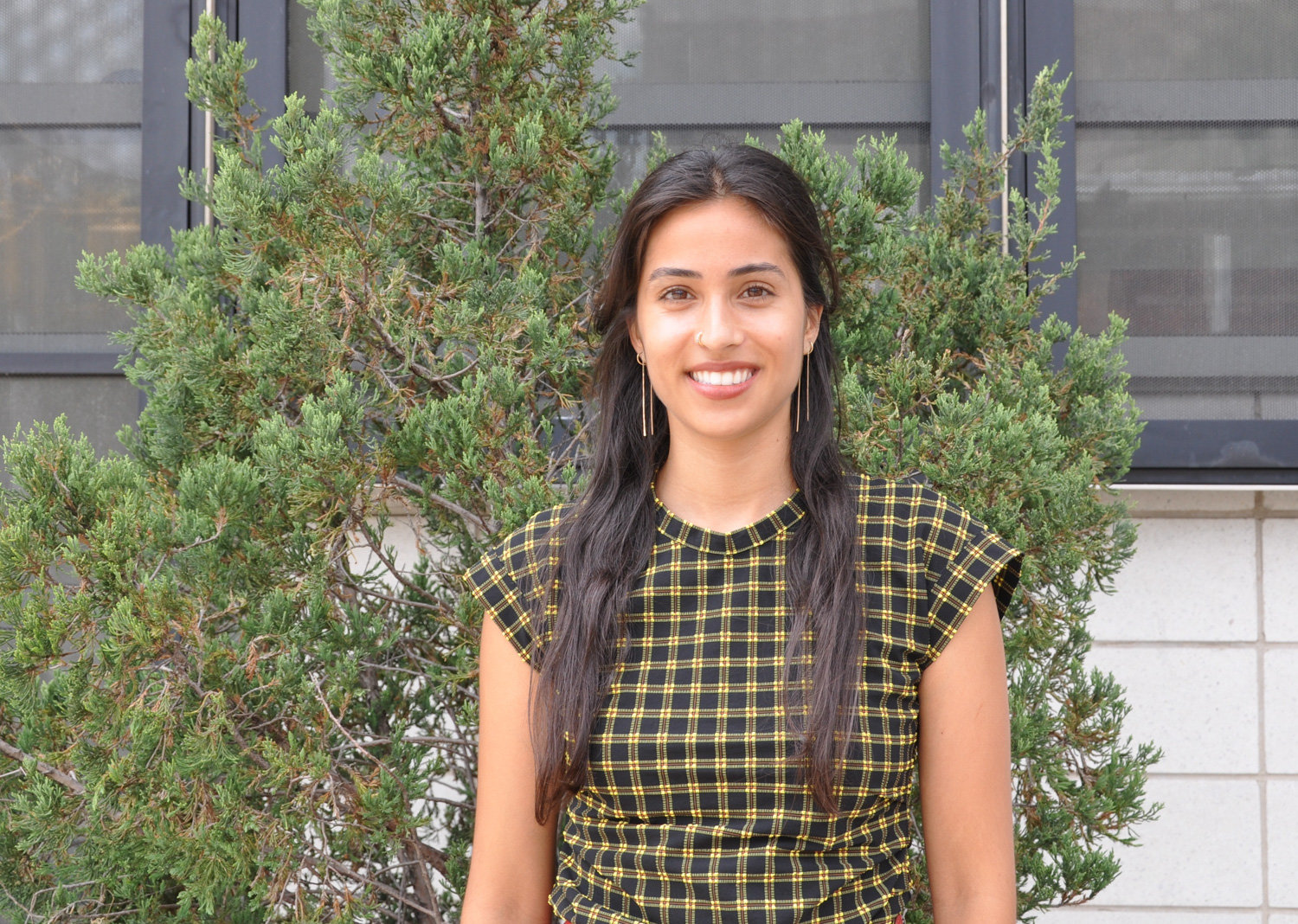 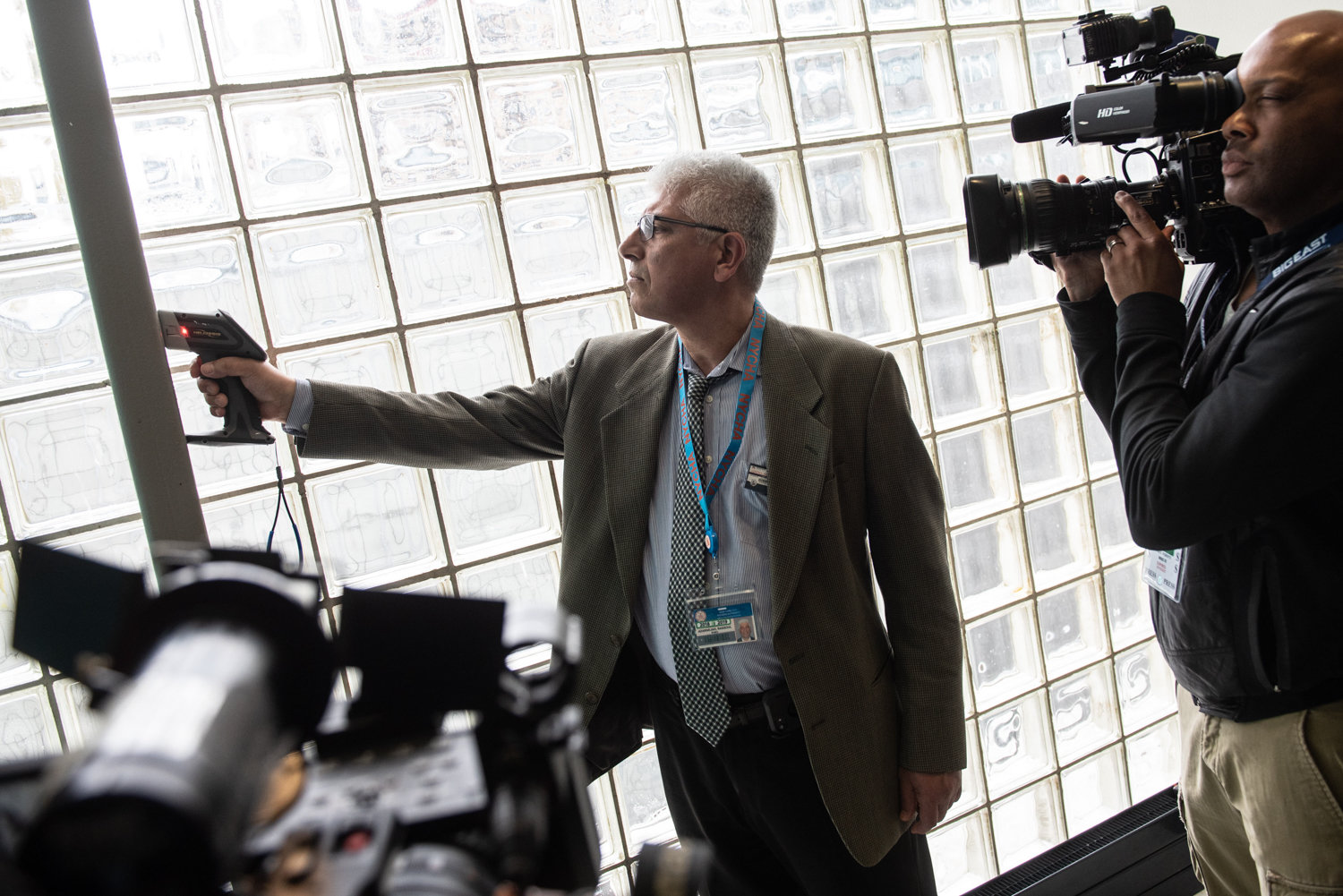 Rassoul Arzanejad, NYCHA’s vice president for healthy homes, demonstrates how to use an X-ray fluorescence analyzer during a news conference last year. NYCHA continues to be slow in checking its facilities for lead, some critics claim.
File photo courtesy of Michael Appleton/Mayoral Photography Office 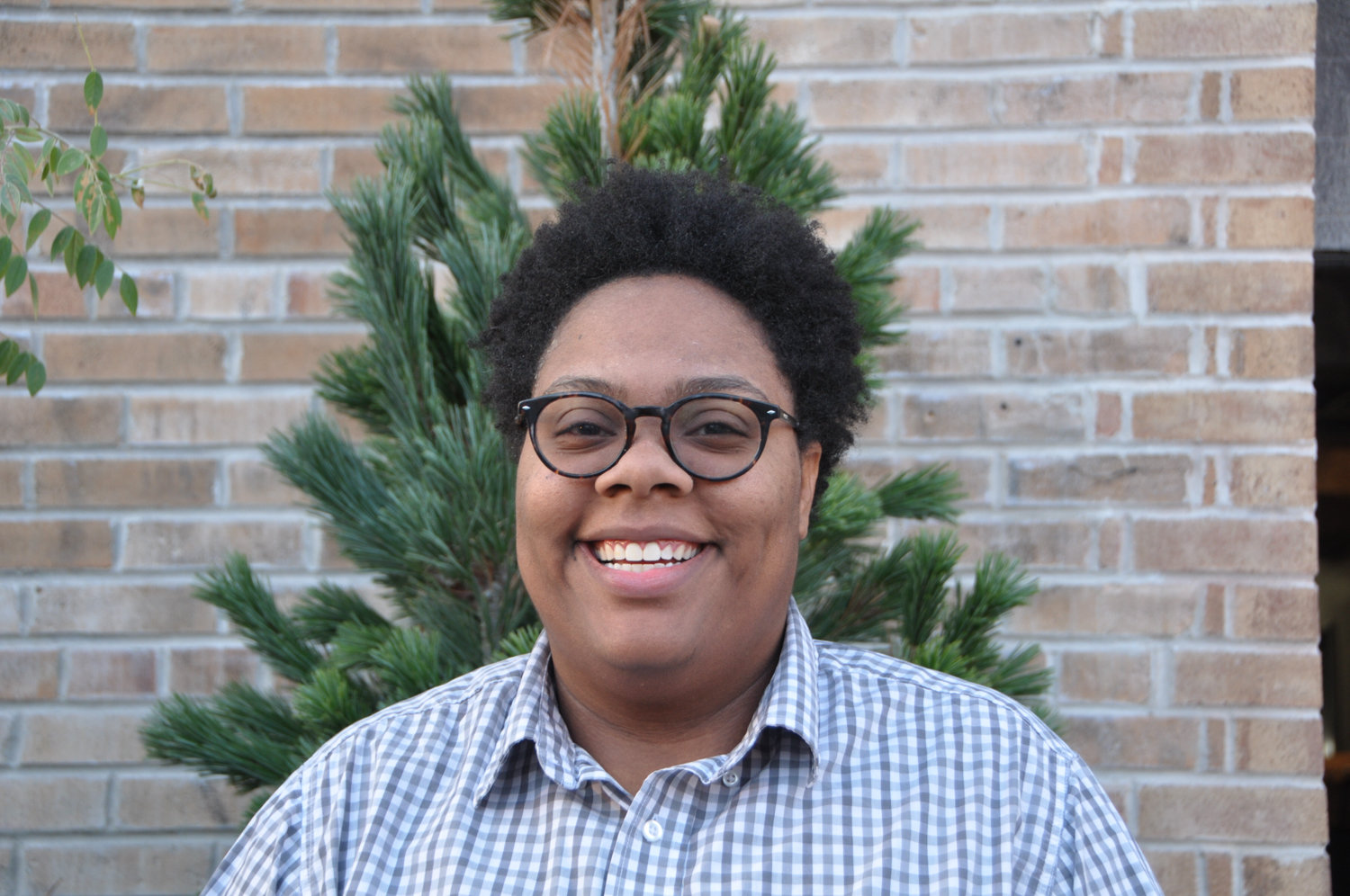 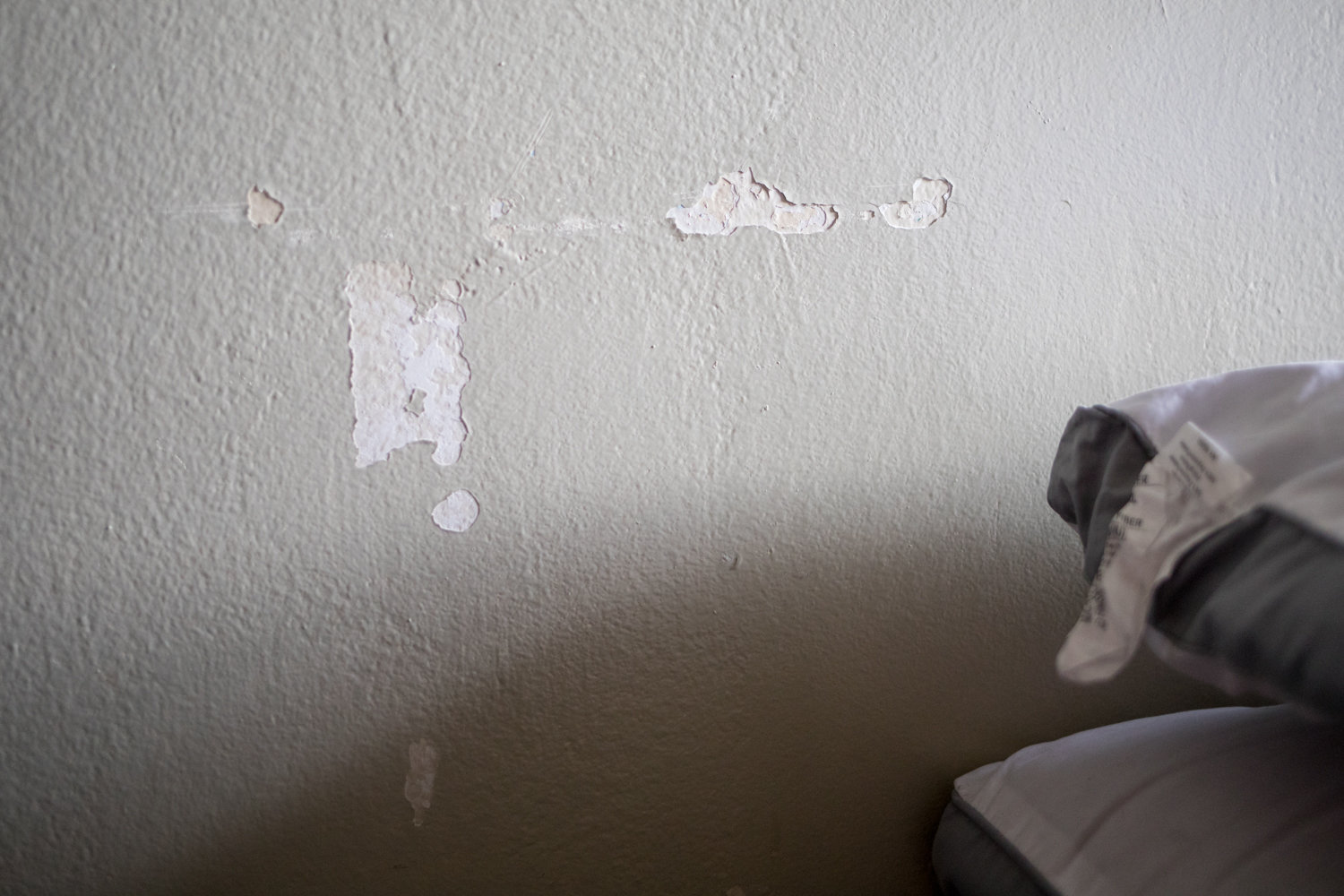 Chipping paint creates airborne dust that can be hazardous if inhaled. And if the paint is lead-based, the risk is much higher, experts have said. The New York City Housing Authority has yet to test all its facilities for lead paint.
JULIUS CONSTANTINE MOTAL / File
Previous Next
By KIRSTYN BRENDLEN

What de Blasio found was damaged or peeling lead-based paint in more than 900 classrooms across the city.

The mayor’s efforts were an extension of a lead paint-testing program started in New York City Housing Authority developments since April. Its goal? To test every apartment built before 1978 by the end of 2020.

With that calendar milestone fast-approaching, NYCHA admits just a quarter of those apartments have been tested, which means more potential exposure for families calling many NYCHA apartments home.

At Marble Hill Houses, however, 9-in-10 units have been checked for lead. Yet at Fort Independence Houses just down the road, testing hasn’t even started.

Rochel Goldblatt, NYCHA’s deputy press secretary, said that finishing tests by the end of the year was an “aggressive goal” and that the organization was developing a risk-based remediation schedule to ensure that buildings with the most lead components would be addressed first.

Apartments that test positive must be fixed within 21 days if a child younger than 6 lives there, NYCHA officials said. If there isn’t a child that age, the city agency still has to remove flaking paint and repaint it, but they have a year to do it.

The city prioritized testing developments with large populations of children under 6 first, since younger children are most at risk for serious health risks from lead poisoning. Marble Hill Houses was one of those communities with a larger population of younger kids, and lead testing started there last May.

“It would be considered unsatisfactory,” she said, noting that anyone living in an apartment with no younger children already have to wait a year after it’s been tested. So waiting just as long for testing means exposure can be worse for older kids and adults.

Families should be alerted of the “epidemic” of lead paint in apartments, Morton added.

At Marble Hill community meetings, lead testing does indeed come up, and some residents have even said they’ve received letters about scheduling those tests, said Muslima Adams, vice president of the Marble Hill Tenants Association. Still, Adams wasn’t sure if her own apartment had been tested, and hasn’t been informed of which of Marble Hill’s 11 buildings are documented.

Some apartments got tested when new stoves were installed.

“They usually do the lead testing when they were installing the stoves, they had to make sure that the piping was correct,” Adams said.

“The piping was so old, they had to make sure they were correct and there was no lead.”

Marble Hill’s apartments aren’t the only things being tested.

At the end of January, NYCHA announced it would test 174 community centers that serve children younger than 6 as part of its agreement with the U.S. Department of Housing and Urban Development.

Some of those centers initially scheduled were later determined to have been built after the 1978 federal ban of lead-based paint, but another 21 have been rescheduled for testing, including Marble Hill Community Center. NYCHA officials say they  hope to complete testing by the end of the month.

But there is another problem. To properly fix the lead issues, the family living in an apartment must move out temporarily, Morton said. However, NYCHA lacks the resources to provide temporary housing.

“If you are removing paint chips from the wall, and that dust becomes airborne, something that you can inhale — especially if it’s a place where you have kids or a baby — it’s a health risk of it’s own, agitating lead in the apartment,” she said.

Morton believes NYCHA would use heavy plastic barriers to contain the lead to one room while work was being completed. Still, the further away children are from such work, the better.

Lead dust, which can be generated from peeling and chipped paint and construction, is one of the most dangerous forms of lead since it can be easily inhaled and tracked from room to room, or even building to building.

Some NYCHA residents haven’t waited for the city to test. Tiesha Jones won a multi-million settlement in 2018 after suing NYCHA for failing to test her Fort Independence Houses Apartment for lead paint.

Jones’ daughter, Dakota, was diagnosed with lead poisoning while living in the Bailey Avenue complex in 2010, inspiring Jones to become president of the resident’s council at Bailey Houses, where she relocated, and push for increased lead testing in NYCHA buildings.

We Act has worked closely on Local Law 1, requiring some landlords to provide lead testing for apartments with children younger than 6.

“That law was supposed to end child lead poisoning in New York City by 2010,” Jessel said. “I’m sure you know that that did not happen.”

WNYC recently reported that many of the schools that tested positive for lead-based paint in this most recent round of testing hadn’t been tested for at least five years. Schools should be tested multiple times per year, Jessel said, both with teachers and custodians scanning for peeling paint and oversight from the health and education departments.

Many children are at risk for being exposed to lead in multiple locations — in their homes, at school, and in public spaces.

City playgrounds should be tested for lead, Jessel said, both in the soil and in water fountain pipes. Common spaces in apartment buildings also were on her list. But identifying next steps for lead testing can be difficult.

“The question of where should we head next is difficult, because the city has not fixed what we’ve been trying to fix for the last 20 years,” Jessel said. “So it’s not really where can we go next. We’re still on the same stuff.”