Supporters are ready to welcome their new neighbors 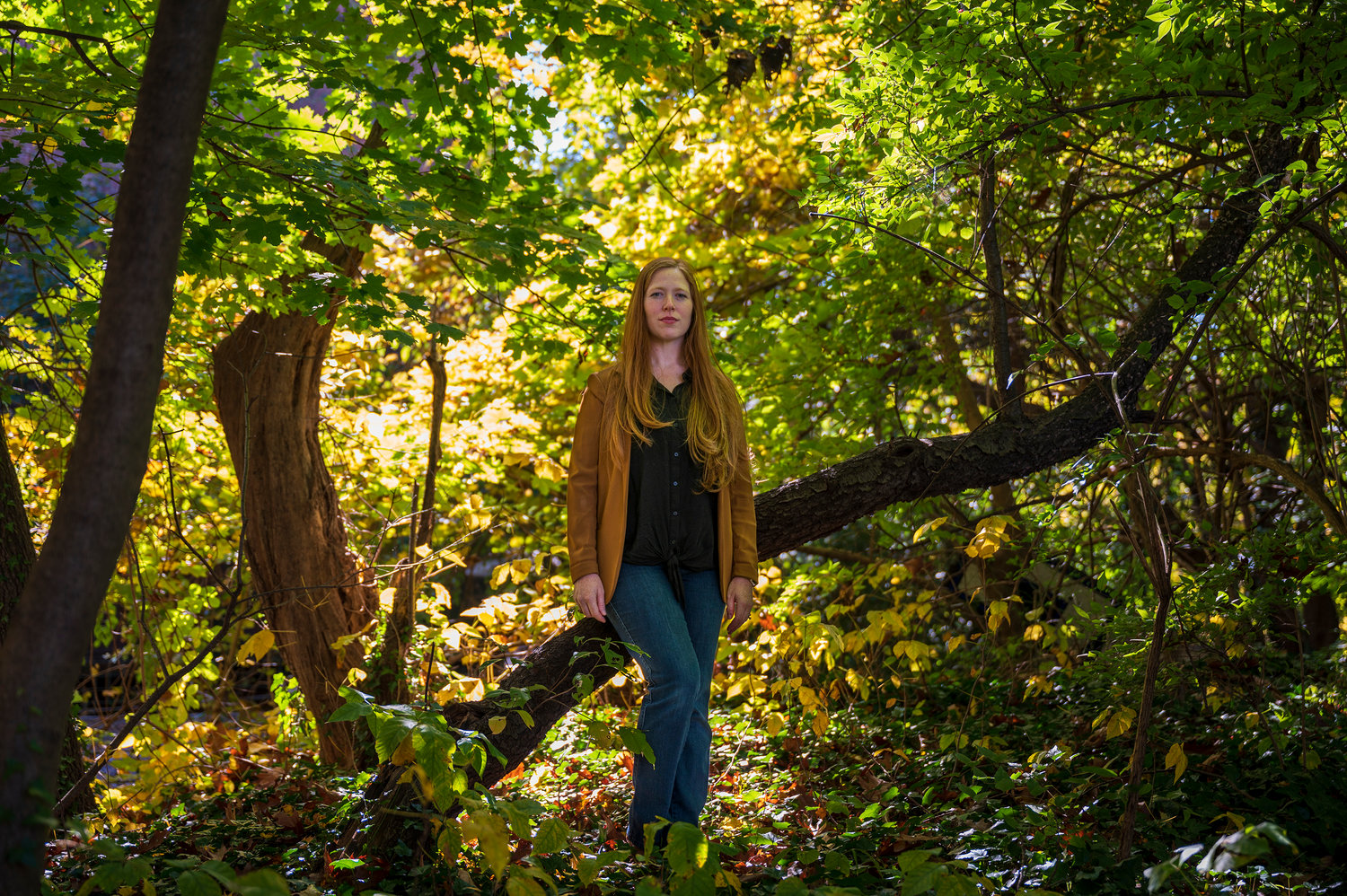 Sasha Kesler supports the city’s plan to build a men’s shelter at 6661 Broadway. She is building a volunteer group, Open Hearts Northwest, along with other locals who hope to advocate for the facility and help provide a roof over the heads of those experiencing homelessness.
HIRAM ALEJANDRO DURÃN 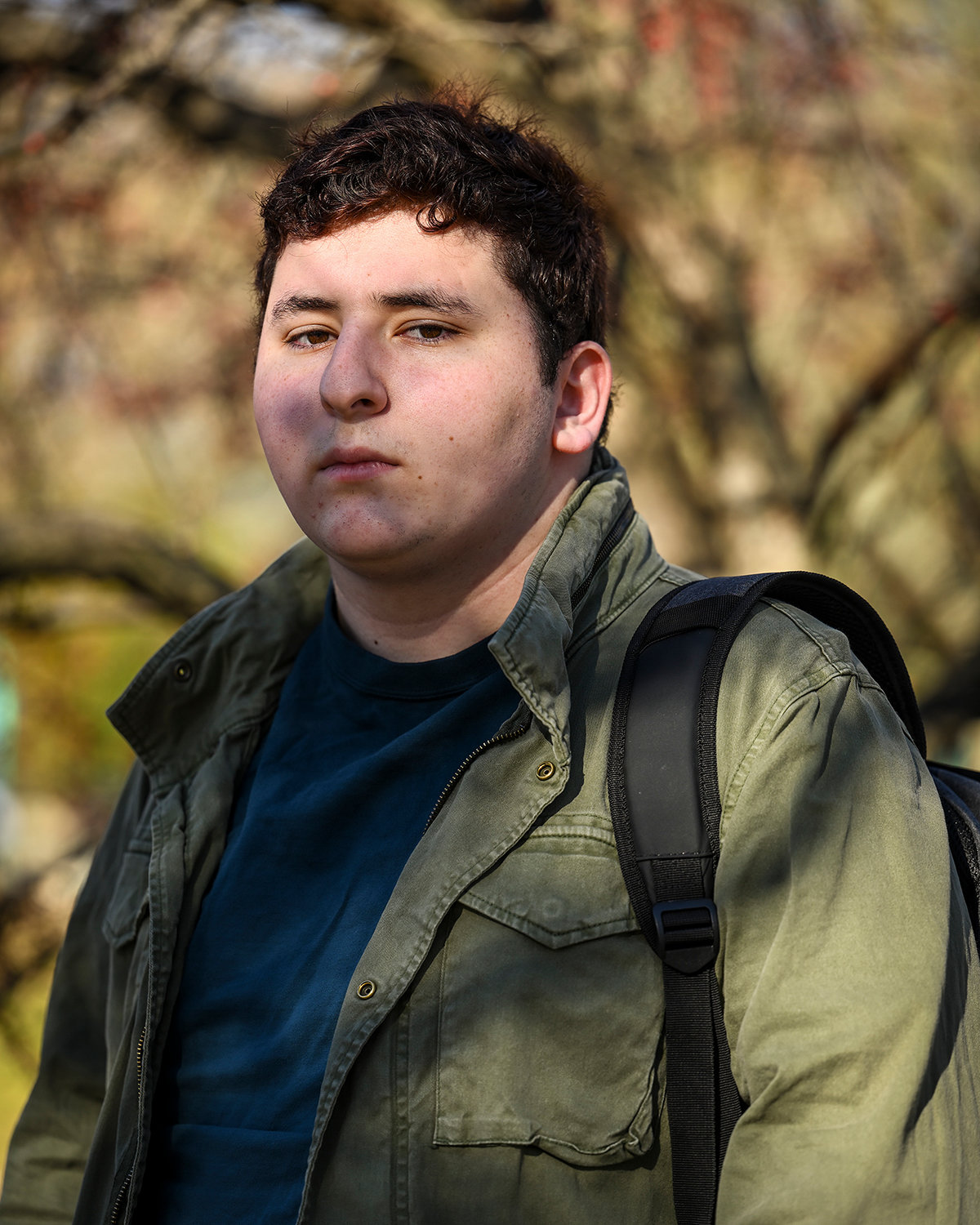 It’s no surprise Raphy Jacobson — who has volunteered helping those living at the transitional housing facility at 5731 Broadway — supports the city’s plan to build a single men’s shelter at 6661 Broadway.
HIRAM ALEJANDRO DURÁN/ File
Previous Next
By JOSEPH DE LA CRUZ

CLARIFICATION: Sasha Kesler, who has expressed support for a proposed homeless shelter at 6661 Broadway, works for the city’s social services department, which oversees the homeless services department, among other sub-agencies. While some of her work involves homeless shelters, she told The Press she is not involved with siting decisions, and that her volunteer work is separate from her career work. A story in the Nov. 18 edition inadvertently omitted this key disclosure.

There are a lot of voices making it clear how much they oppose a proposed men’s homeless shelter at 6661 Broadway. But it doesn’t mean that position is absolute.

Someone who has advocated for homeless people even before he could legally buy a lottery ticket: Raphy Jacobson.

“I believe that someone who is experiencing homelessness is just as much my neighbor as someone who has permanent housing in the community,” said Jacobson, now a graduate of the High School of American Studies, who is now a freshman at the University of Wisconsin-Madison.

“And I do think that an important part of moving toward getting people help and to having shelter and sufficient services.”

Jacobson is part of an organization called Kingsbridge Unidos, run by Jessica Woolford — the former spokeswoman for U.S. Sen. Kirsten Gillibrand, who just announced a run against Jeffrey Dinowitz for his Assembly seat.

Kingsbridge Unidos helps a number of lower-income communities, but has focused a lot of effort at 5731 Broadway, where families transitioning out of homelessness now live. Just this past summer, Jacobson touted raising $1,200 for a back-to-school drive for kids living there.

He now hopes to aide a group created by central Riverdale resident Sasha Kesler to welcome the homeless men just a couple miles up Broadway.

“We are willing to take this on and support our neighbors who might be homeless,” Jacobson said. “I would love to see Riverdale continue to be a place that supports our neighbors experiencing homelessness, and that in the future maybe we can also continue to build shelters and to support housing and affordable housing in this neighborhood.”

Kesler isn't exactly just a random supporter. She works for the city agency that is tasked with helping the homeless, but insists her duties are more on the administrative side and have nothing to do with siting shelters. Still, Kesler believes in helping those who are less fortunate, and wants to do the same here.

“I really believe, deep in my heart, that it is the right thing to make sure that there are shelters and housing for people who need it in our neighborhood,” Kesler said.

In fact, not only does she support where agency is placing the shelter just south of the Yonkers city line, but she has every intention to take any action she must to support it.

“I’m very happy to be part of the effort, and hopefully in two years from now welcoming those individuals into our neighborhoods,” Kesler said of the facility, which is expected to open in 2023.

Opposition has already organized against the shelter. That means — at least for Kesler — it’s time to organize those who support it, too.

“We believe that it’s time for Riverdale and communities like ours to really do our fair share and support our unhoused neighbors,” she said.

Kesler and fellow supporters have formed what they call Open Hearts Northwest Bronx, a spin-off chapter of the Open Hearts Upper West Side, which largely advocated for a similar shelter in that part of Manhattan.

“The thing we’re seeing in Riverdale is not unique to Riverdale,” Kesler said. “Those of us who are committed to ensuring that we support people — regardless of their socio-economic status, regardless of their housing status — and inviting them into our neighborhoods, we all need to work together to really change the city culture around and to dispel those myths.”

The volunteer group is made of locals living across Community Board 8, including not only North Riverdale and Riverdale, but also Kingsbridge and Spuyten Duyvil. They hope to welcome the men who’ll live in the shelter on its first day in 2023, and volunteer to help where they can.

“Imagine the people who make it will be just like any other neighbor we have, who have the same rights, but also many of the struggles that individuals may have,” Kesler said. It’s “the same way that any struggles my neighbors in my apartment building may have.”

Supporting the shelter and the men who live there is the kind of good deed Kesler hopes will inspire her toddler down the road.

“I have an opportunity to teach my child about how we engage with compassion, how we engage with love and with a heart-centered approach to support those who don’t have the same privileges that I do,” Kesler said. “That my family does.”

While Kesler doesn’t want to ignore the safety concerns others have raised, she hopes in time many will learn to accept those who ultimately move in.

“I understand that people have a lot of fear and there’s a lot of misconceptions and assumptions about what does it mean for someone to be homeless,” she said. “But we should also just look at what the effects are, where other neighborhoods have welcomed neighbors who are currently unhoused into their neighborhood, and what the impact is.”

While many have vocalized concern about the histories and backgrounds of the shelter’s future inhabitants, Kesler knows one thing: They all still need a place to live. And to see them only as potential drug addicts, criminals and sexual deviants is something she just does not do.

“Folks who are unhoused have jobs, they have lives,” Kesler said. “Some are just experiencing a moment in a really expensive city. They can’t afford housing. They’re not in a house at the moment.”

Kesler’s family goes back generations in New York City, but she herself was raised out west in Seattle. She moved to central Riverdale more than six years ago, while her mom lives in North Riverdale — just minutes from the proposed site.

She hopes her new group’s outreach will help change the perspective of skeptic neighbors who have taken it upon themselves to oppose the 6661 Broadway shelter.

“These are individuals who can become good neighbors to us,” Kesler said, “who can come and contribute to our community in a way that we can contribute back in being positive and respectful neighbors.”